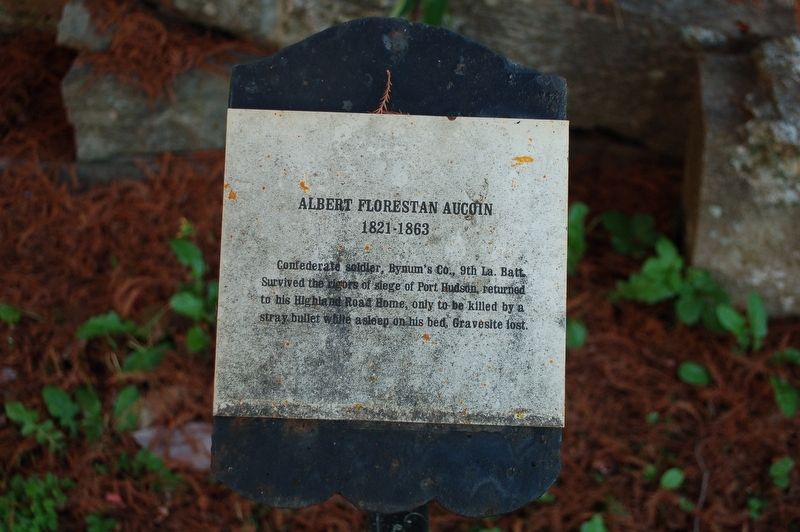 Confederate soldier, Bynum's Co., 9th La. Batt. Survived the rigors of siege of Port Hudson, returned to his Highland Road Home, only to be killed by a stray bullet while asleep on his bed. Gravesite lost.

Location. 30° 24.304′ N, 91° 10.332′ W. Marker is in Baton Rouge, Louisiana, in East Baton Rouge Parish. Marker can be reached from Oxford Avenue north of Amherst Avenue, on the right when traveling north. Touch for map. Marker is at or near this postal address: 4251 Oxford Avenue, Baton Rouge LA 70808, United States of America. Touch for directions.

More about this marker. Located in the historic Highland Cemetery 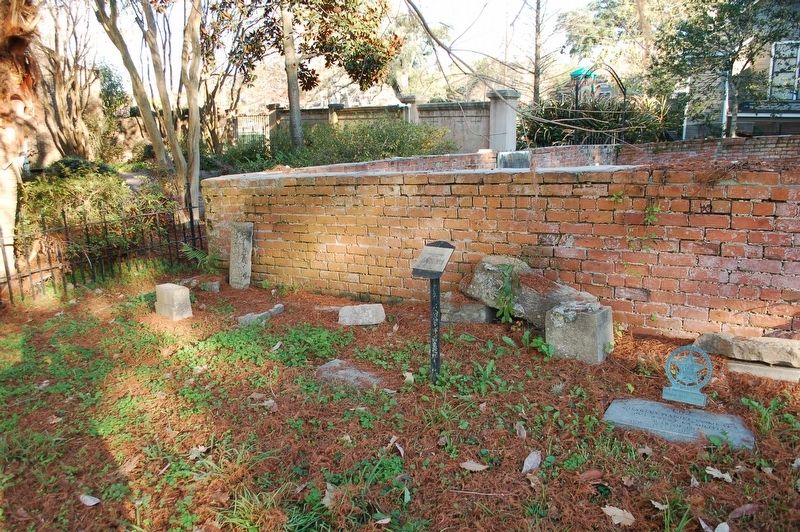