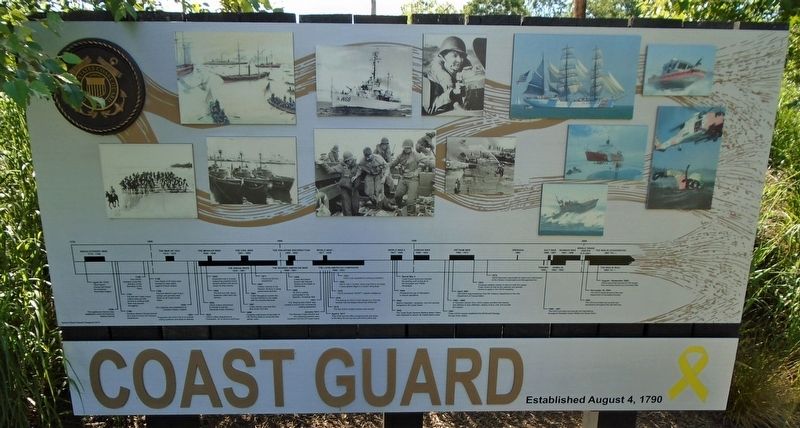 , "Shot Heard Around the World," the American Revolution begins

1789 , The Lighthouse Service was established under the Revenue Marine Service

1790 , Revenue Marine Service formed as a branch of the US Treasury Department

1798 , The USCG operated under the direction of the Secretary of the Navy

1799 , Four fleets of 20 ships were directed to take action against French raiders

, The Lightship was established at Hampton Roads, Virginia

1831 , Expanded role of the USCG to include aiding seafarers and ships in distress

1843 , Expanded role to include preserving property found aboard wrecks and secure cargo for ship owners

1867 , Cutters ordered to the Alaska Territory to bring government and law

, Cutter McCulloch fought with Admiral Dewey at the Battle of Manila Bay

, The "Bearing Sea Patrol" was created to enforce the commercial sealing agreement

January 1915 , The Revenue Cutter Service and the Lifesaving Service were combined into the US Coast Guard

, "Plan One" put into effect assigning men and ships to the Navy for convoy and submarine patrol duty

1918 , The sinking of USCG Cutter Tampa by a German torpedo was the largest Naval loss of the war

1943 , Pioneered the use of helicopters in rescue operations

World War II , Coast Guard personnel manned the landing craft during all of the European and Pacific campaigns

April 1967 , The USCG was transferred from the Treasury Department to the new Department of Transportation

1973 , Congress enables women to serve in both the regular Coast Guard as well as the reserves and permits women to apply to the USCG Academy

1976 , USCG becomes responsible for patrol and enforcement of the Fishery Conservation and Management Act

, The USCG provided port security and interdictions throughout the war with Iraq

, The USCG becomes part of the new Department of Homeland Security

"Shot Heard Around the World," the American Revolution begins

1789
The Lighthouse Service was established under the Revenue Marine Service

The Lightship was established at Hampton Roads, Virginia 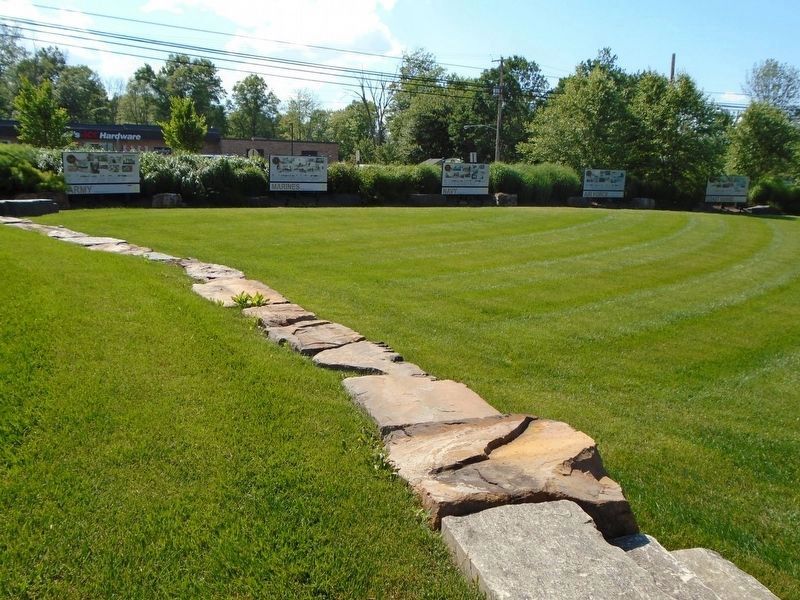 1943
Pioneered the use of helicopters in rescue operations

The USCG becomes part of the new Department of Homeland Security

Topics. This memorial is listed in these topic lists: Charity & Public Work • Law Enforcement • Patriots & Patriotism • Waterways & Vessels. A significant day of the year for for this entry is May 31.

Location. 40° 22.965′ N, 75° 8.751′ W. Marker is in Plumstead Township, Pennsylvania, in Bucks County. Memorial can be reached from Easton Road. The marker is in the Plumstead Township Veterans Park, which is located at the NE corner of Easton Road (Pennsylvania Route 611) and Old Easton Road. Touch for map. Marker is at or near this postal address: 5775 Easton Rd, Doylestown PA 18902, United States of America. Touch for directions.