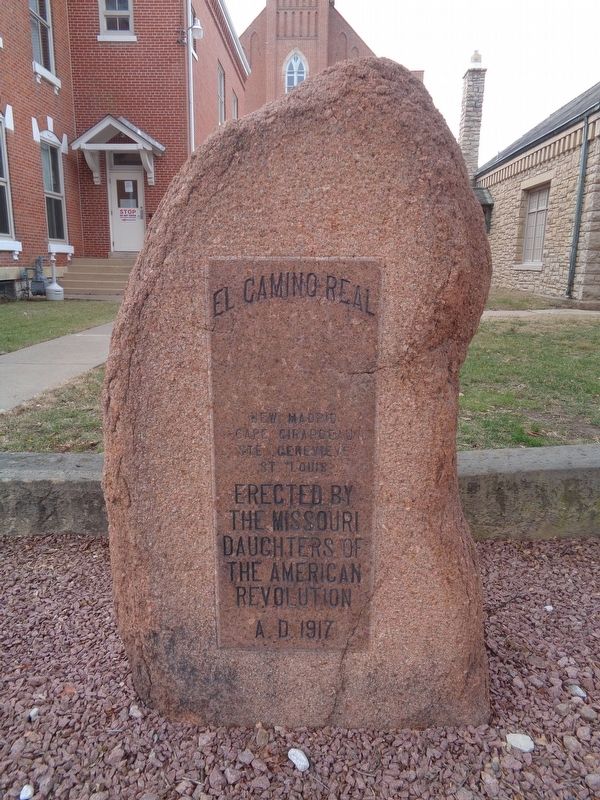 Erected 1917 by Missouri Daughters of the American Revolution. 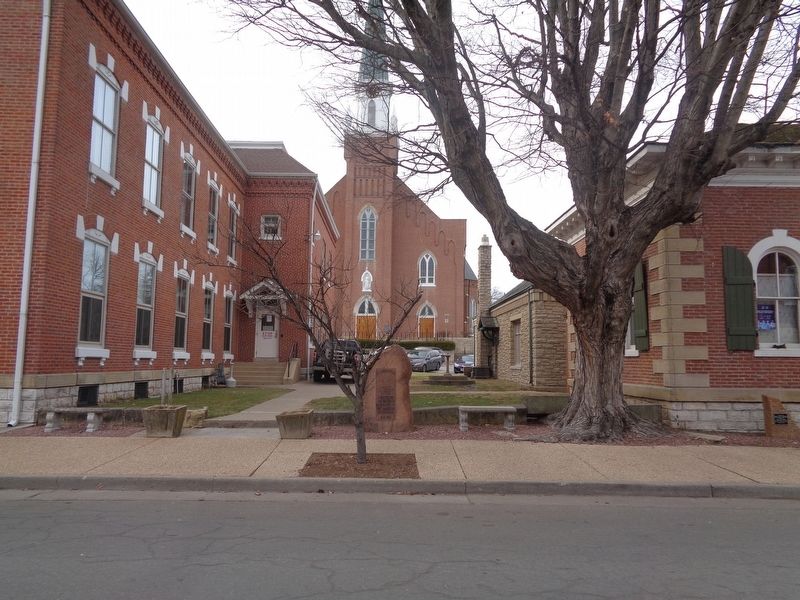 More about this marker. There is an identical marker in Cape Girardeau, Missouri, which also talks about El Camino Real; however, that one has a plaque on the back of it and this one in Ste. Genevieve does not. It originally had one.