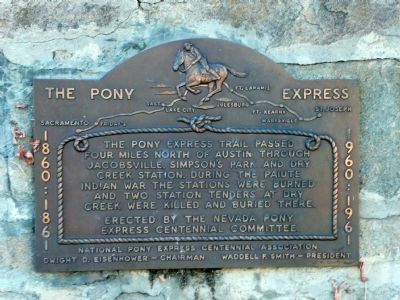 The Pony Express Trail passed four miles north of Austin through Jacobsville, Simpson's Park and Dry Creek Station. During the Paiute Indian War the stations were burned and two station tenders at Dry Creek were killed and buried there.

Topics and series. This historical marker is listed in these topic lists: Communications • Native Americans • Roads & Vehicles. In addition, it is included in the Former U.S. Presidents: #34 Dwight D. Eisenhower, and the Pony Express National Historic Trail series lists.

Other nearby markers. At least 8 other markers are within walking distance of this marker. Lander County Courthouse (within shouting distance of 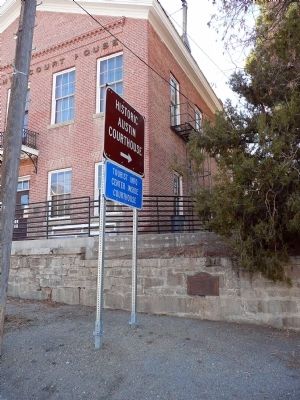