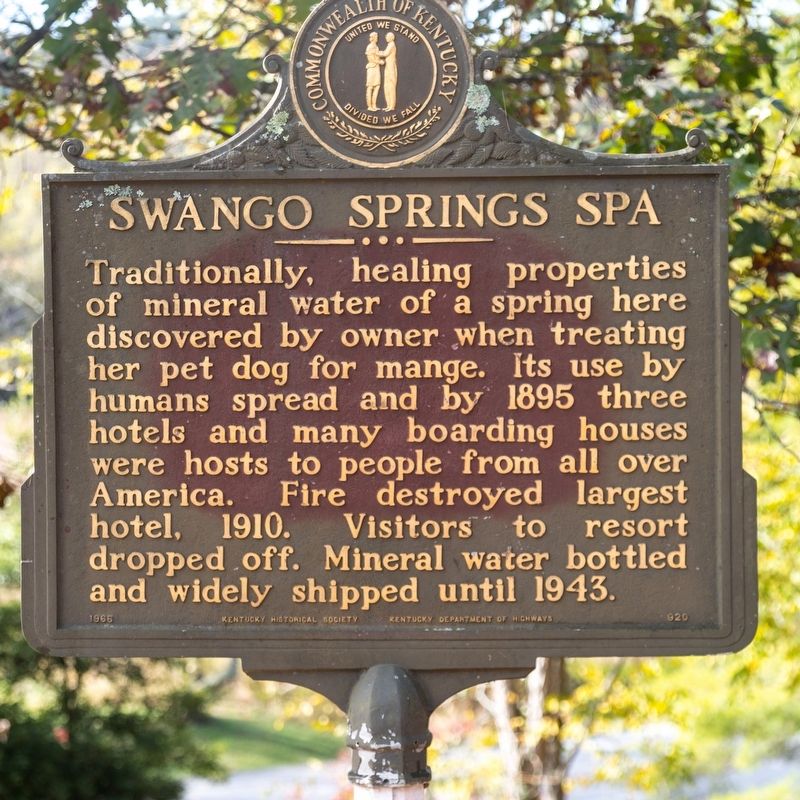 Photographed By J. J. Prats, October 21, 2019
1. Swango Springs Spa Marker
Inscription.
Swango Springs Spa. . Traditionally, healing properties of mineral water of a spring here discovered by owner when treating her pet dog for mange. Its use by humans spread and by 1895 three hotels and many boarding houses were hosts to people from all over America. Fire destroyed largest hotel, 1910. Visitors to resort dropped off. Mineral water bottled and widely shipped until 1943. . This historical marker was erected in 1966 by Kentucky Historical Society and Kentucky Department of Highways. It is Near Hazel Green in Wolfe County Kentucky

Traditionally, healing properties of mineral water of a spring here discovered by owner when treating her pet dog for mange. Its use by humans spread and by 1895 three hotels and many boarding houses were hosts to people from all over America. Fire destroyed largest hotel, 1910. Visitors to resort dropped off. Mineral water bottled and widely shipped until 1943.

Topics and series. This historical marker is listed in these topic lists: Environment • Science & Medicine. In addition, it is included in the Kentucky Historical Society series list. A significant historical year for this entry is 1895. 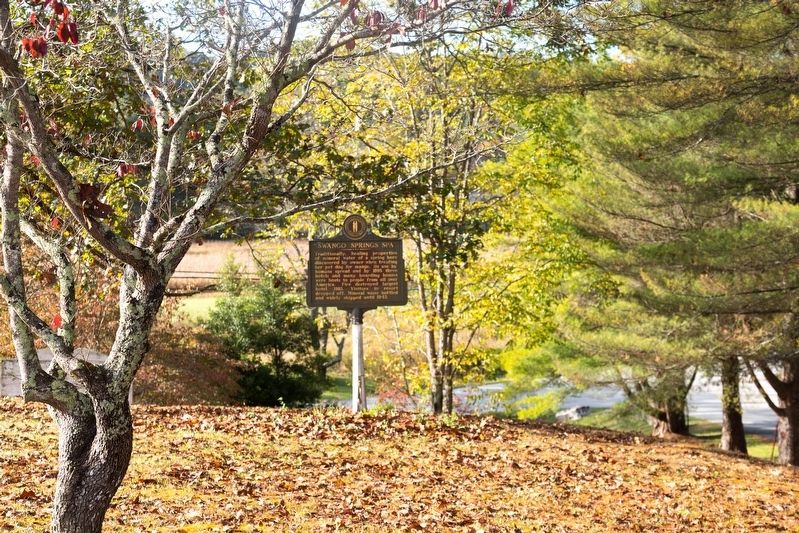 Photographed By J. J. Prats, October 21, 2019
2. Swango Springs Spa Marker
The grey beyond the marker and under the pine tree is Route 191.

Click or scan to see
this page online
up near visitor parking. It is not visible from Route 191 because of the elevation change. Touch for map. Marker is at or near this postal address: 11134 Highway 191, Hazel Green KY 41332, United States of America. Touch for directions.

More about this marker. This marker was originally erected at the old school in town. It was moved to the brand new Red River Valley Elementary School circa 2015.

Regarding Swango Springs Spa. The spring, enclosed in a small round-roofed stone structure set into a hill about ¼ mile west the marker and visible from Route 191. The spring is on private property.

Harrison was a very wealthy farmer. On his farm near Hazel Green there was a spring used for cooling milk and butter as they were normally used. Stories passed down through my family says [his wife] Anna noticed one of their dogs had mange, which causes 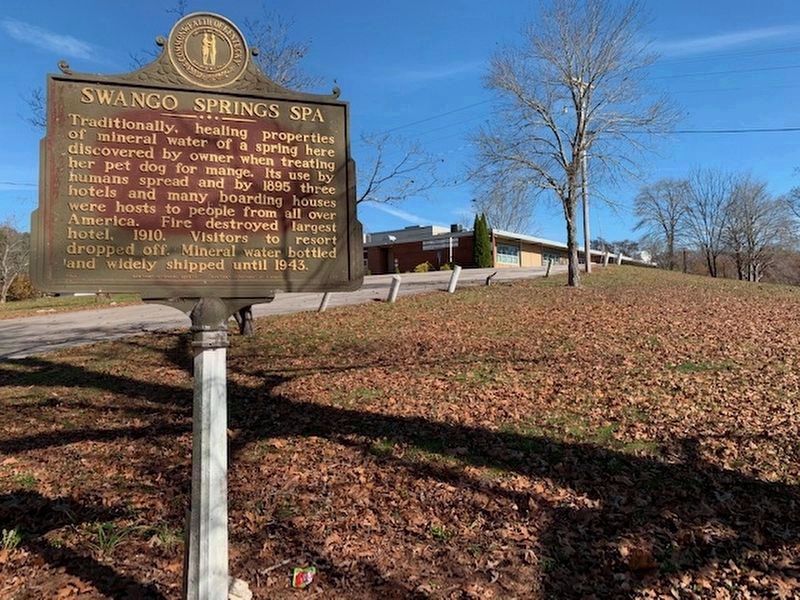 Photographed By Frank Profitt, November 8, 2020
3. Swango Springs Spa Marker
dogs to scratch and their hair falls out. She had a couple of her boys take the dog down below the spring in a deeper place and wash him with some homemade soap. Immediately the dog quit scratching and he was cured.

Being as intelligent as he was , Harrison decided to see if the water would help people. If his children had a skin problem (cut, scrape, burn, bruise), he used the water and it cured them. Thus he decided to share his findings with the community. Word got around and the next thing he knew he had people wanting to come and bath in his mineral springs. This began Swango Mineral Springs. The water was bottled and was distributed until about 1943.

Additional commentary.
1. Mark Twain Was a Guest at the Swango Springs Spa
He wrote this in his second autobiography, Mark Twain’s Autobiography, Volume 2, published in 1924.

In the remote parts of the country the weekly village newspaper remains the same curious production it was when I was a boy, sixty years ago, on the banks of the Mississippi. The metropolitan daily of the great city tells us every day about the movements 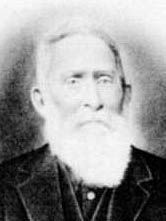 via FindAGrave.com
4. Harrison Swango (1815–1908)
Founder of Swango Springs Spa, the largest hotel in Hazel Green until it burned down in 1910.
of Lieutenant-General So-and-so and Rear-Admiral So-and-so, and what the Vanderbilts are doing. These great dailies keep us informed of Mr. Carnegie’s movements and sayings; they tell us what President Roosevelt said yesterday and what he is going to do to-day. They tell us what the children of his family have been saying, just as the princelings of Europe are daily quoted--and we notice that the remarks of the Roosevelt children are distinctly princely in that the things they say are rather notably not worth while.

Now the court circular of the remote village newspaper has always dealt, during these sixty years, with the comings and goings and sayings of its local princelings. They have told us during all those years, and they still tell us, what the principal grocery man is doing and how he has bought a new stock; they tell us that relatives are visiting the ice-cream man, that Miss Smith has arrived to spend a week with the Joneses, and so on, and so on. And all that record is just as intensely interesting to the villagers as is the record I have just been speaking of, of the doings and sayings of the colossally conspicuous personages of the United States. This shows that human nature is all alike; it shows that we like to know what the big people are doing, so that we 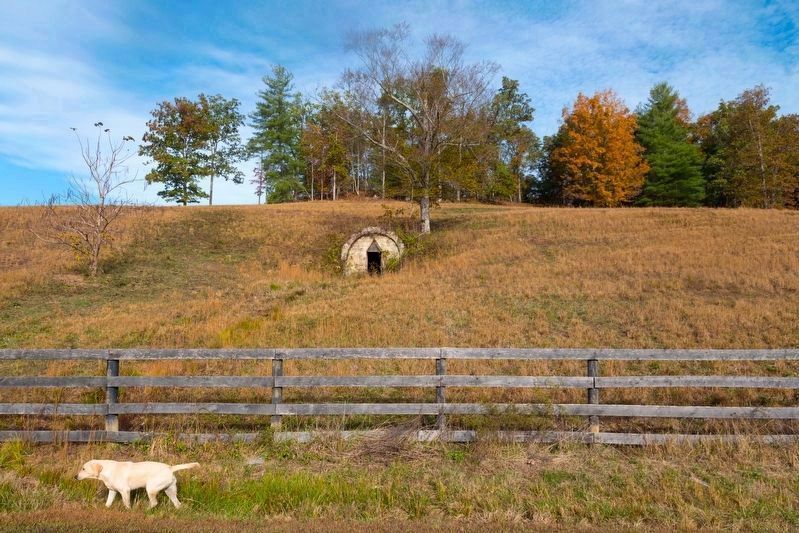 Photographed By J. J. Prats, October 21, 2019
5. Swango Springs Springhouse
The small stone structure with the round roof in the middle of this pasture is the source for Swango Springs water.
can envy them. It shows that the big personage of a village bears the same proportion to the little people of the village that the President of the United States bears to the nation. It shows that conspicuousness is the only thing necessary in a person to command our interest and, in a larger or smaller sense, our worship. We recognize that there are no trivial occurrences in life if we get the right focus on them. In a village they are just as prodigious as they are when the subject is a personage of national importance.

THE SWANGOS
(From The Hazel Green (Ky.) Herald.)
Dr. Bill Swango is able to be in the saddle again.

W. W. Swango has a nice bunch of cattle ready for the Mount Sterling market.

Mrs. Sarah Ellen Swango, wife of Wash, the noted turkey trader of Valeria, was the guest of Mrs. Ben Murphy Saturday and Sunday. 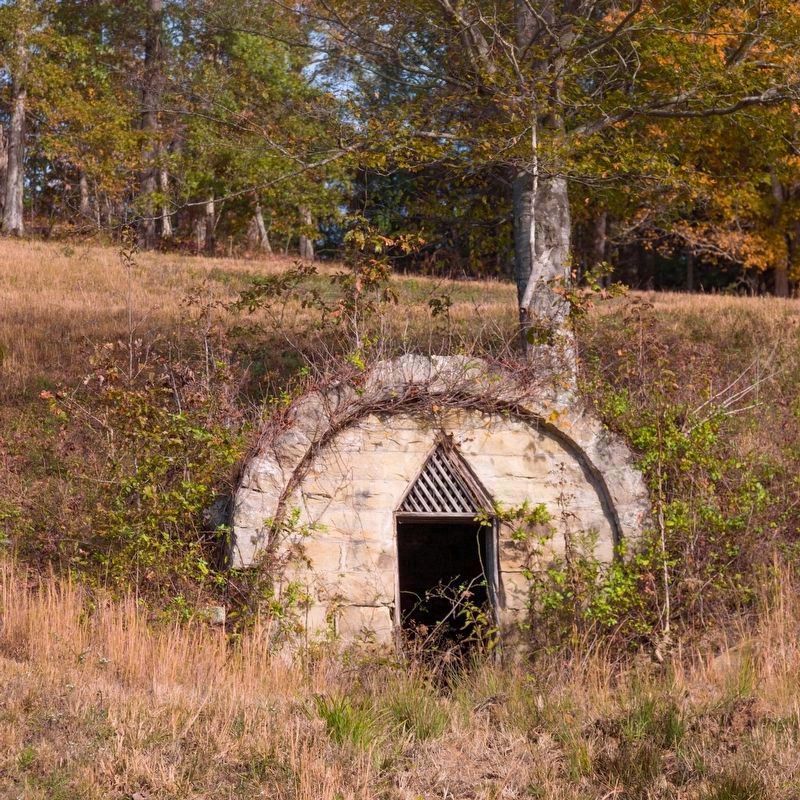 Photographed By J. J. Prats, October 21, 2019
6. The Source of Swango Springs Water
The spring is fenced off and on private property. There is no access without permission from the property owner. Dog will announce your presence.
have been doing lately in the interior of Kentucky. We see at a glance what a large place that Swango tribe hold in the admiration and worship of the villagers of Hazel Green, Kentucky. In this account, change Swango to Vanderbilt; then change it to Carnegie; next time change it to Rockefeller; next time change it to the President; next time to the Mayor of New York.