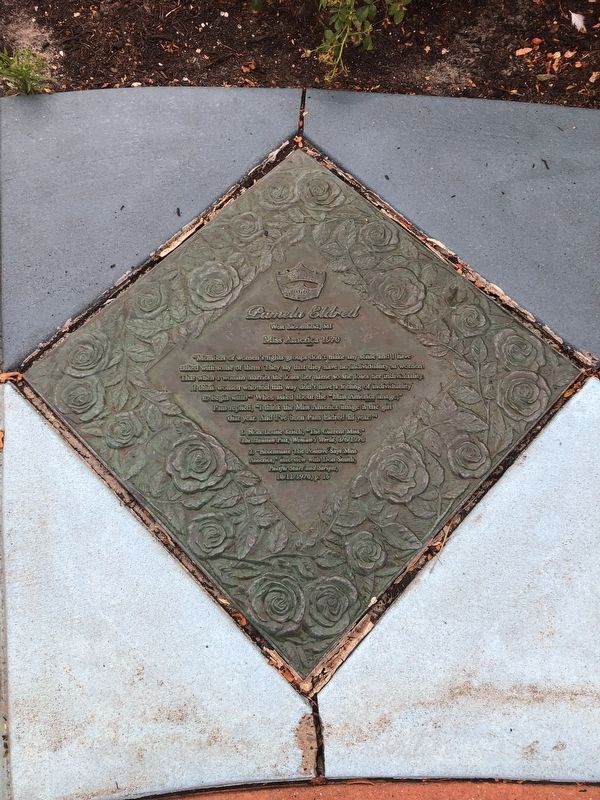 By Devry Becker Jones, July 24, 2020
1. Pamela Eldred Marker
Inscription.
Pamela Eldred. West Bloomfield, MI. . "Members of women's rights groups don't make any sense and I have talked with some of them. They say that they have no individuality as women. That when a woman marries she loses her name so she loses her individuality. I think women who feel this way don't have a feeling of individuality to begin with."1 When asked about the "Miss America image," pam replied, "I think the Miss America image is the girl that year. And I've been Pam Eldred all year."2 . . 1. Nora Louis Krisch, "The Current Miss," The Houston Post, Woman's World, 3/6/1970 . 2. "Accentuate The Positive Says Miss America," interview with Don Smith, Pacific Stars and Stripes, 10/11/1970, p. 15 . This historical marker was erected by Miss America Organization. It is in Atlantic City in Atlantic County New Jersey

Topics and series. This historical marker is listed in these topic lists: Civil Rights • Women. In addition, it is included in the Miss America Walk series list. 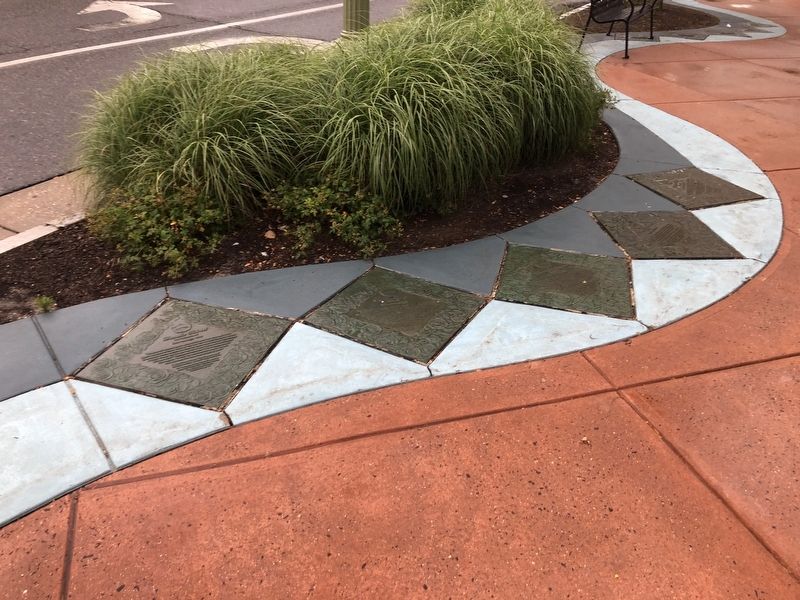 By Devry Becker Jones, July 24, 2020
2. Pamela Eldred Marker
, in Atlantic County. Marker is on North Michigan Avenue just north of Atlantic Avenue, on the left when traveling north. Touch for map. Marker is at or near this postal address: 14 N Michigan Ave, Atlantic City NJ 08401, United States of America. Touch for directions.