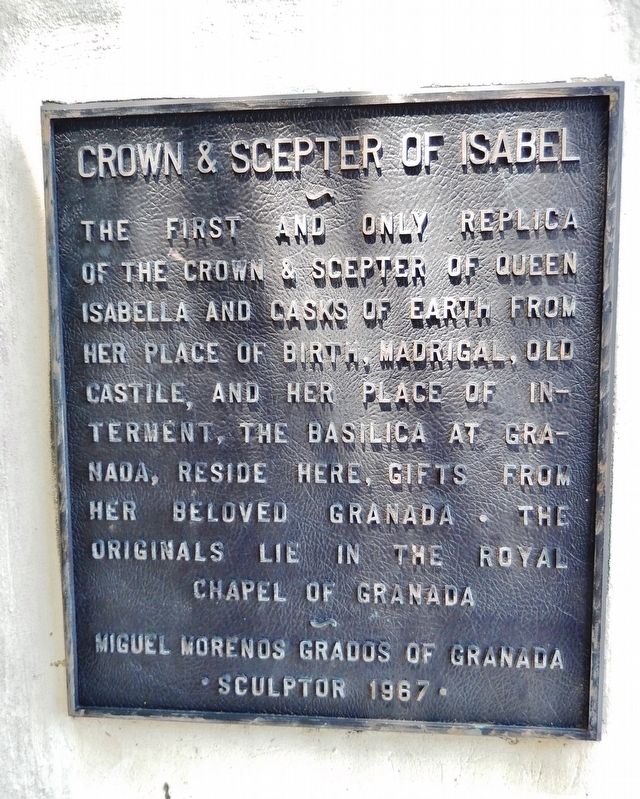 The first and only replica of the Crown & Scepter of Queen Isabella and casks of earth from her place of birth, Madrical, Old Castile, and her place of interment, the Basilica at Granada, reside here, gifts from her beloved Granada. The originals lie in the Royal Chapel of Granada.

Location. 30° 41.291′ N, 88° 2.752′ W. Marker is in Mobile, Alabama, in Mobile County. Marker can be reached from Government Street (U.S. 90) just east of South Hamilton Street, on the right when traveling east. Marker and sculpture are located along the walkway near the center of Spanish Plaza Park. Touch for map. Marker is at or near this postal address: 401 Government Street, Mobile AL 36602, United States of America. Touch for directions.

Other nearby markers. At least 8 other markers are within walking distance of this marker. Isabel La Catolica (here, next to this marker); Mobile's Spanish Fountain (a few steps from 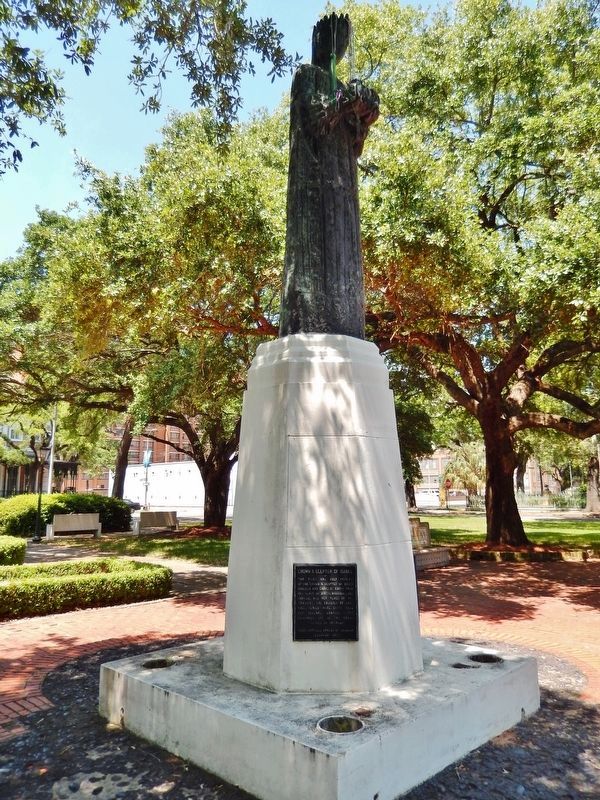