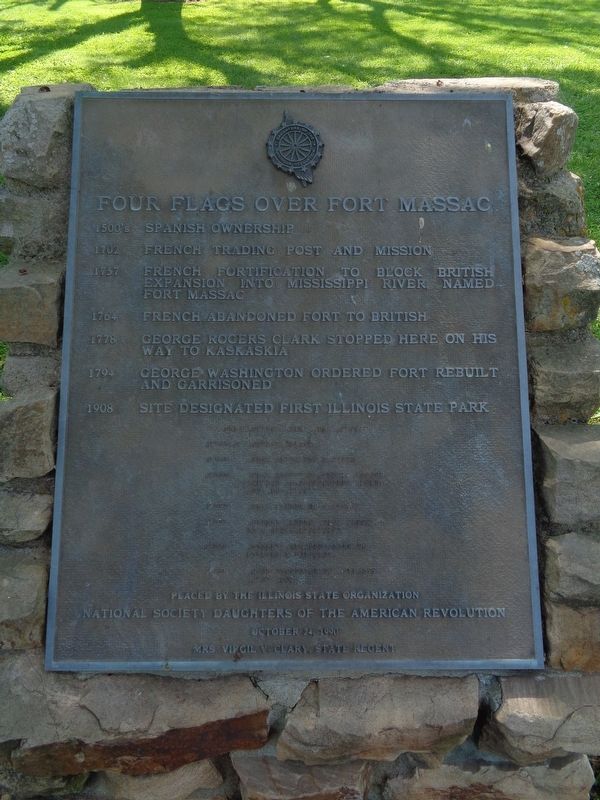 1778 George Rogers Clark stopped here on his way to Kaskaskia

Erected 1990 by Illinois State Organization & the National Society Daughters of the American Revolution.

Topics and series. This historical marker is listed in these topic lists: Forts and Castles • Parks & Recreational Areas • War, French and Indian. In addition, it is included in the Daughters of the American Revolution (DAR) series list. 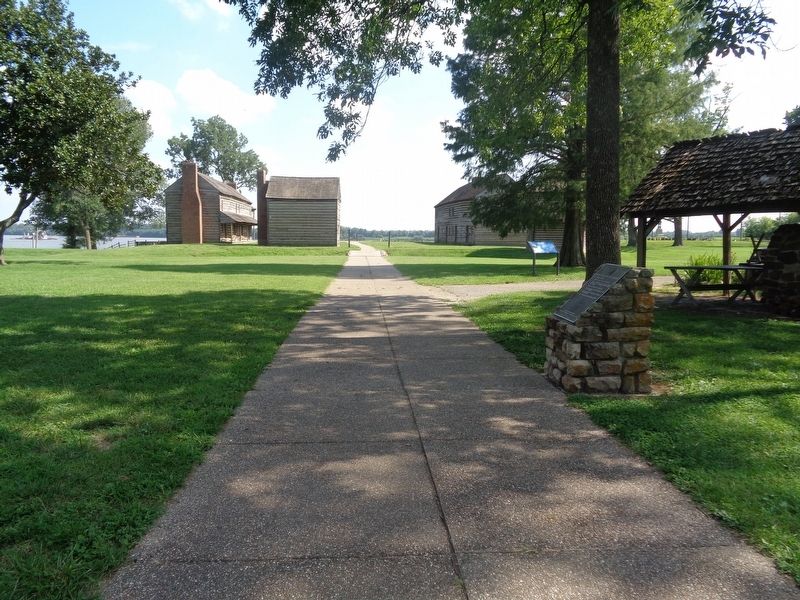 Click or scan to see
this page online
is at or near this postal address: 1308 5th Street, Metropolis IL 62960, United States of America. Touch for directions.

More about this marker. There is also a section on the marker in Braille.