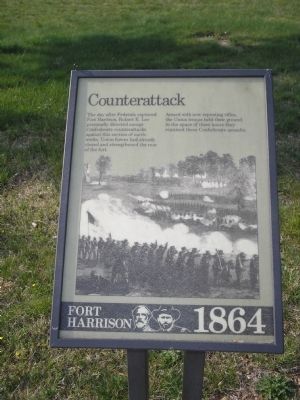 The day after Federals captured Fort Harrison, Robert E. Lee personally directed savage Confederate counterattacks against this section of earthworks. Union forces had already closed and strengthened the rear of the fort.

Armed with new repeating rifles, the Union troops held their ground. In the space of three hours they repulsed three Confederate assaults.

Location. 37° 25.624′ N, 77° 22.4′ W. Marker is in Richmond, Virginia, in Henrico County. Marker can be reached from Battlefield Park Road, on the left when traveling south. Marker is along the walking trail in the Fort Harrison Unit of Richmond National Battlefield Park. Touch for map. Marker is in this post office area: Henrico VA 23231, United States of America. Touch for directions.

Other nearby markers. At least 8 other markers are within walking distance of this marker. A Unique Photograph (a few steps from this marker); Confederate Counterattack (within shouting distance 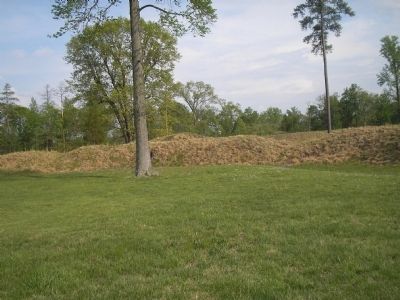 Photographed By Bill Coughlin, April 24, 2007
2. Federal Fort Burnham
These fortifications, built by Union soldiers after the taking of Confederate Fort Harrison on September 29, 1864, were attacked by Confederates the following day.

More about this marker. The bottom of the marker contains a picture of Union troops holding off the Confederate attack on Fort Harrison. 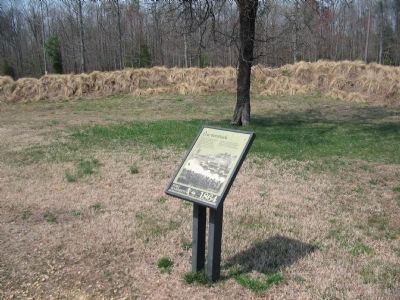 Photographed By Craig Swain, March 21, 2010
3. Counterattack Marker
The marker stands at a bastion facing toward what was the Confederate lines. 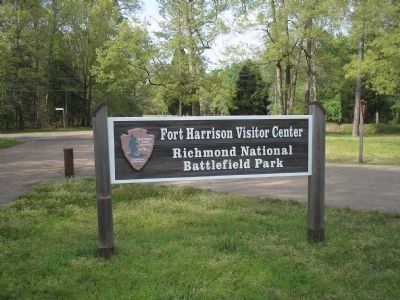