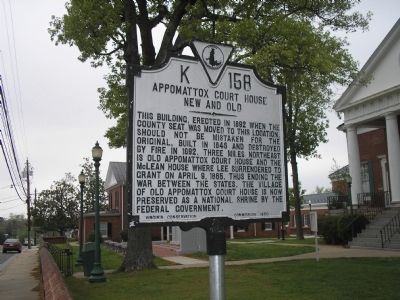 This building, erected in 1892 when the county seat was moved to this location, should not be mistaken for the original, built in 1846 and destroyed by fire in 1892. Three miles northeast is old Appomattox Court House and the McLean House where Lee surrendered to Grant on April 9, 1865, thus ending the War Between the States. The village of Old Appomattox Court House is now preserved as a National Shrine by the Federal Government.

Topics and series. This historical marker is listed in these topic lists: Government & Politics • War, US Civil. In addition, it is included in the Virginia Department of Historic Resources series list. A significant historical month for this entry is April 1934. 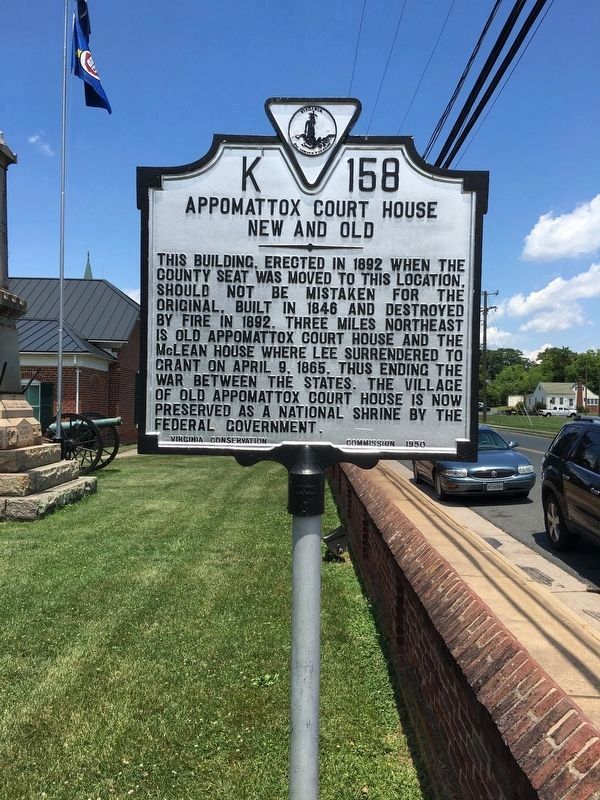 Click or scan to see
this page online
. Marker is in this post office area: Appomattox VA 24522, United States of America. Touch for directions. 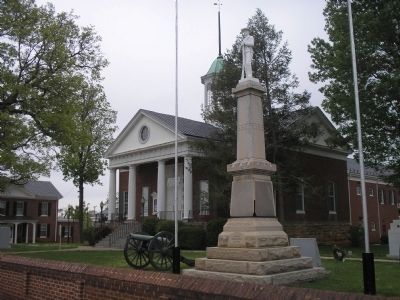 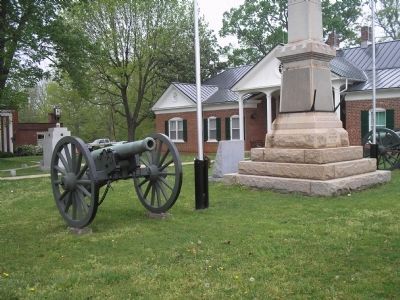 By Bill Coughlin, April 26, 2007
4. Civil War Cannon in front of Court House
Several monuments, including this cannon and the Civil War Soldiers monument, are found near the marker. 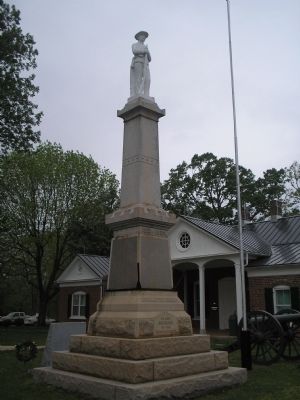 By Bill Coughlin, April 26, 2007
5. Confederate Monument
This monument, located near the marker, was erected to honor the soldiers of the Confederacy from Appomattox County. 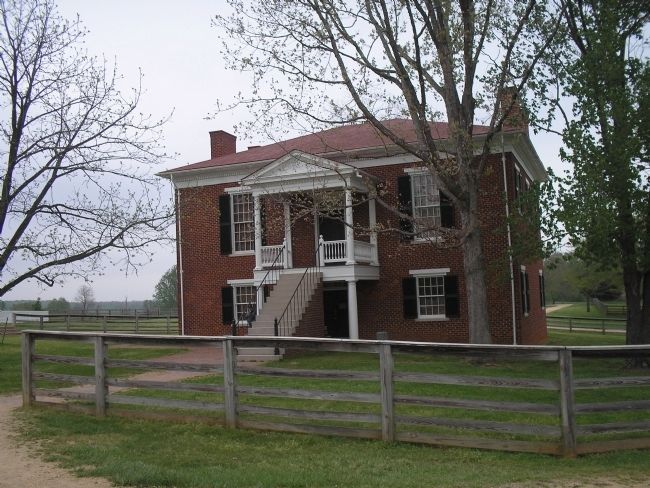