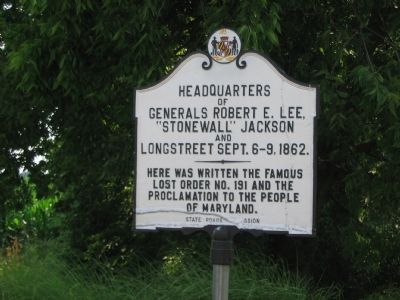 Here was written the famous lost order No. 191 and the proclamation to the people of Maryland.

Location. 39° 22.587′ N, 77° 23.824′ W. Marker is near Frederick, Maryland, in Frederick County. Marker is at the intersection of Urbana Pike (Maryland Route 355) and New Technology Way, on the right when traveling east on Urbana Pike. Touch for map. Marker is in this post office area: Frederick MD 21701, United States of America. Touch for directions.

More about this marker. Located at a pull-off and concrete platform featuring two battle monuments for the July 9, 1864 battle of Monocacy. 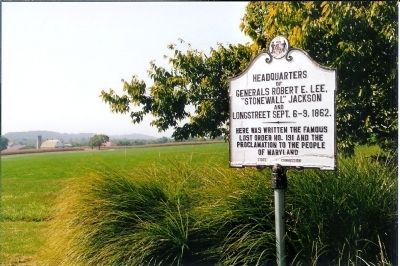 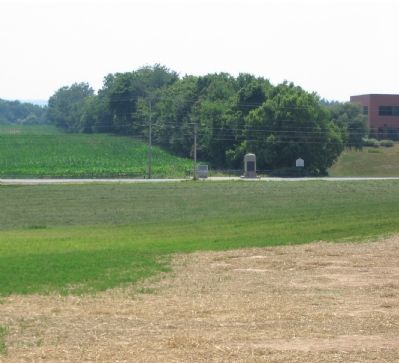 Photographed By Craig Swain, July 7, 2007
3. View of the Marker and Monocacy Battle Monuments
Taken from the new visitor's center at the Monocacy Battlefield. 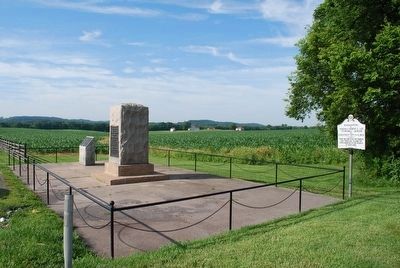 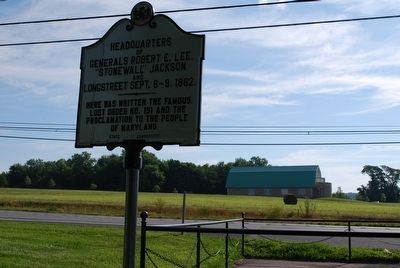 Photographed By Brandon Fletcher, June 25, 2009
5. Headquarters of Generals Robert E. Lee Marker
Marker in relation to the Monocacy Visitor's Center (across the road) 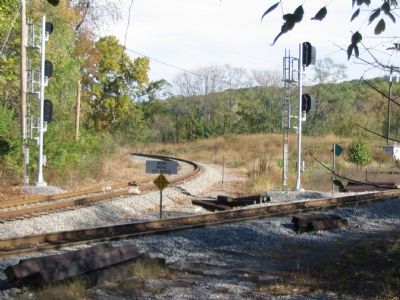