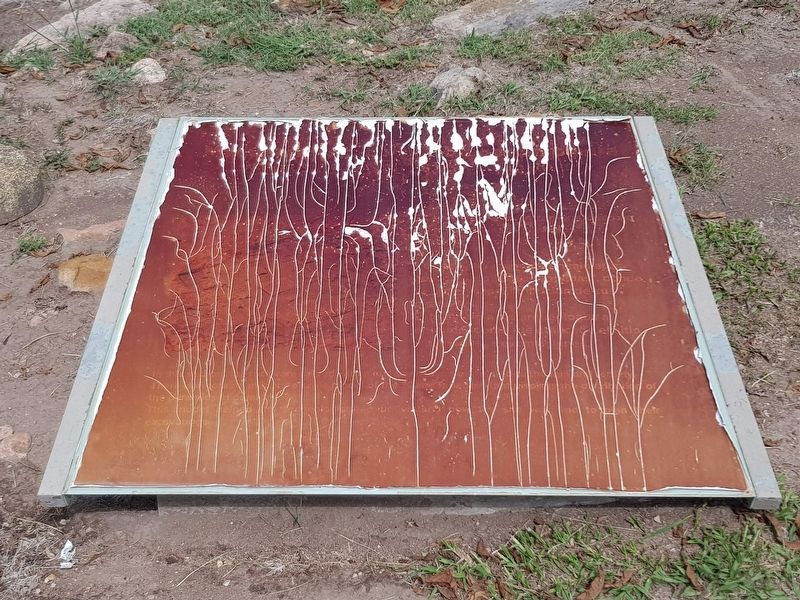 Photographed By J. Makali Bruton, September 6, 2020
1. Petroglyphs at Plazuelas Marker
The marker has been damaged by exposure to the sun. Most of the Spanish text was translated from the English text which is slightly more clear.
Inscription.
English: , In this section the rocks are carved with a number of symbols dedicated to the rain and fertility. There is a notable miniature scale model of the Casas Tapadas that displays the distribution of the pyramids in detail., This model helped the archaeologists to understand how the site was and to plan their excavations. . This historical marker was erected by Instituto Nacional de Antropología e Historia (INAH). It is in San Juan el Alto in Pénjamo Guanajuato Mexico