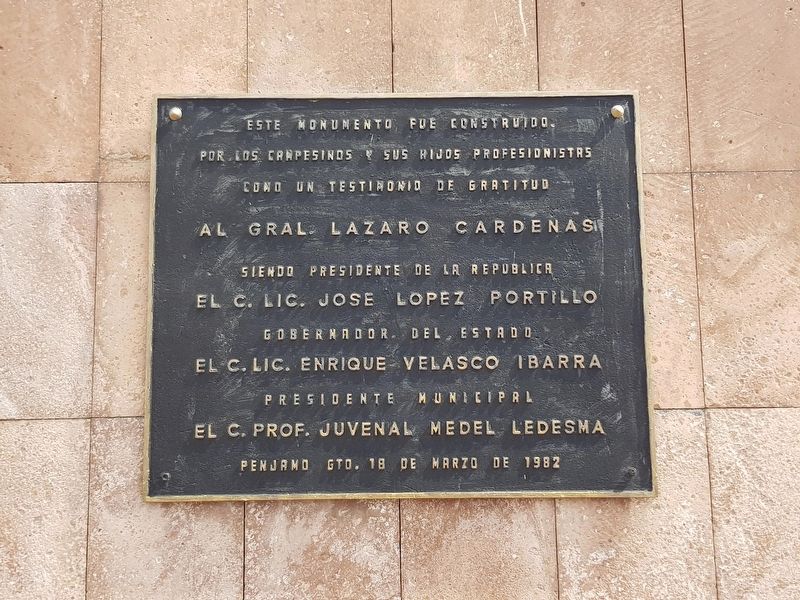 By J. Makali Bruton, September 7, 2020
1. General Lázaro Cárdenas Marker
Inscription.
English translation: . This monument was built by the small farmers and their professional children as a testimony of gratitude to General Lázaro Cárdenas during the period of the President of the Republic José López Portillo . Governor of the State, Enrique Velasco Ibarra . President Municipal, Prof. Juvenal Medel Ledesma . Penjamo, Guanajuato - March 18, 1982 . This memorial was erected in 1982. It is in Pénjamo in Municipality of Pénjamo Guanajuato Mexico