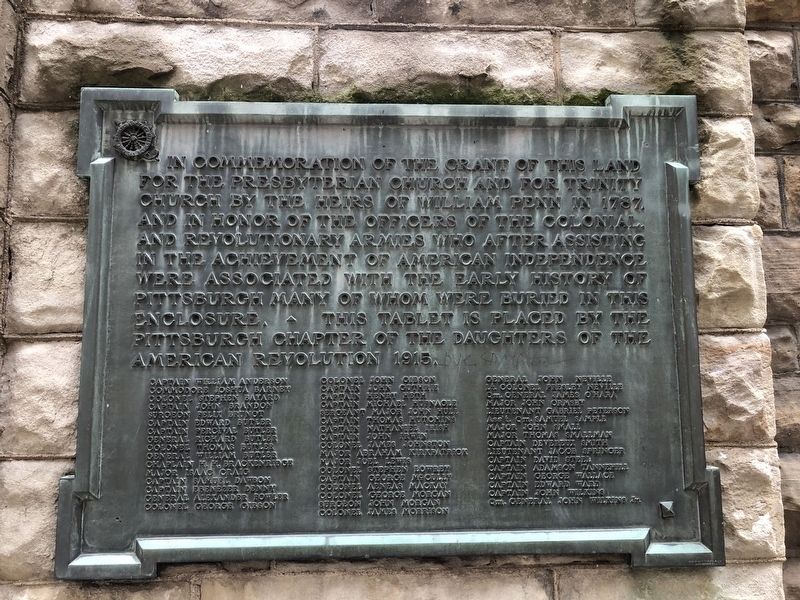 In commemoration of the grant of this land for the Presbyterian Church and for Trinity Church by the heirs of William Penn in 1787, and in honor of the officers of the Colonial and Revolutionary Armies who after assisting in the achievement of American Independence were associated with the early history of Pittsburgh many of whom were buried in this enclosure. 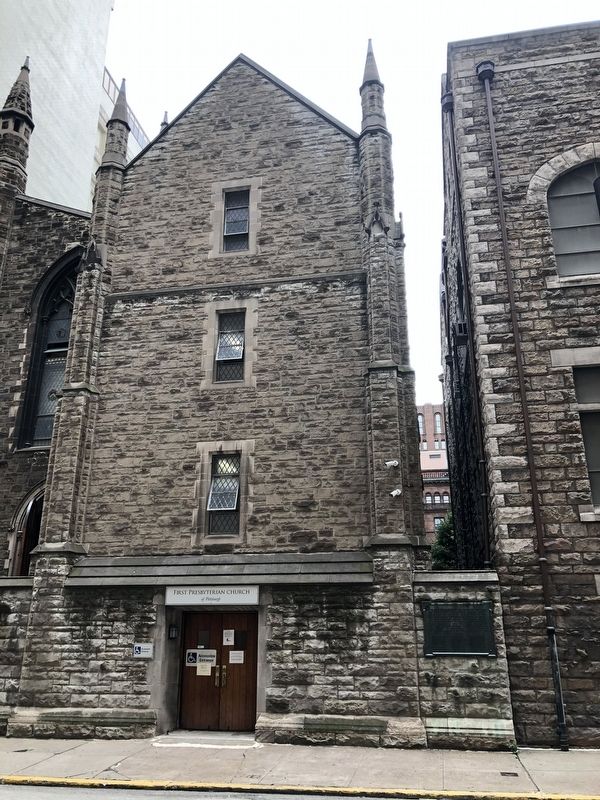 Erected 1915 by The Pittsburgh Chapter of the Daughters of the American Revolution.

Topics and series. This memorial is listed in these topic lists: Cemeteries & Burial Sites • Churches & Religion • Colonial Era • War, US Revolutionary. In addition, it is included in the Daughters of the American Revolution (DAR) series list. A significant historical year for this entry is 1787.

Location. 40° 26.468′ N, 79° 59.949′ W. Marker is in Pittsburgh, Pennsylvania, in Allegheny County. Memorial is on Oliver Avenue just east of Wood Street, on the right when traveling east. Touch for map. Marker is at or near this postal address: 328 Oliver Ave, Pittsburgh PA 15222, United States of America. Touch for directions.