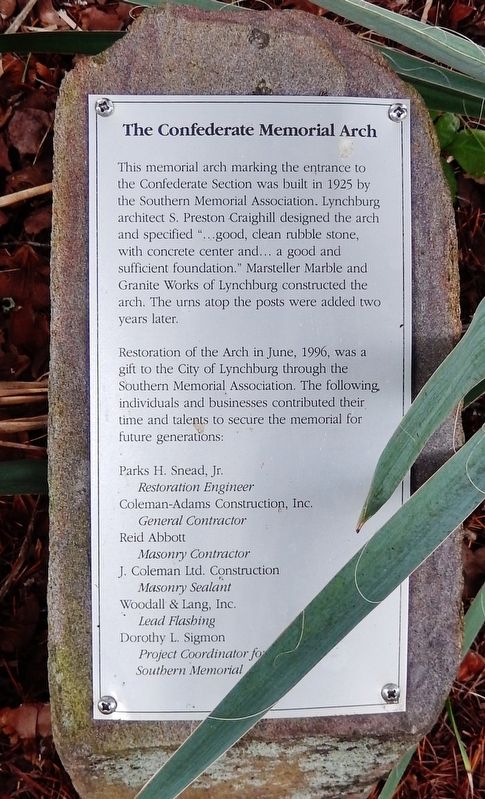 This memorial arch marking the entrance to the Confederate Section was built in 1925 by the Southern Memorial Association. Lynchburg architect S. Preston Craighill designed the arch and specified "...good, clean rubble stone, with concrete center and... a good and sufficient foundation." Marsteller Marble and Granite Works of Lynchburg constructed the arch. The urns atop the posts were added two years later.

Restoration of the Arch in June, 1996, was a gift to the City of Lynchburg through the Southern Memorial Association. The following individuals and businesses contributed their time and talents to secure the memorial for future generations: 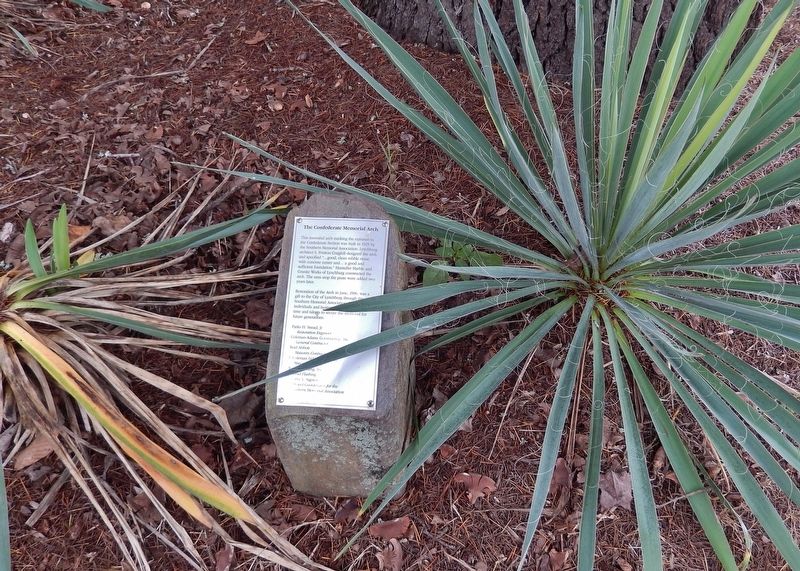 Click or scan to see
this page online
• Patriots & Patriotism • War, US Civil. A significant historical year for this entry is 1925.

Location. 37° 24.932′ N, 79° 9.415′ W. Marker is in Lynchburg, Virginia. It is in Tinbridge Hill. Memorial can be reached from the intersection of Taylor Street and 4th Street when traveling north. Marker is located within the Old City Cemetery grounds, about 1/10 mile north of 4th Street. Touch for map. Marker is at or near this postal address: 401 Taylor Street, Lynchburg VA 24501, United States of America. Touch for directions. 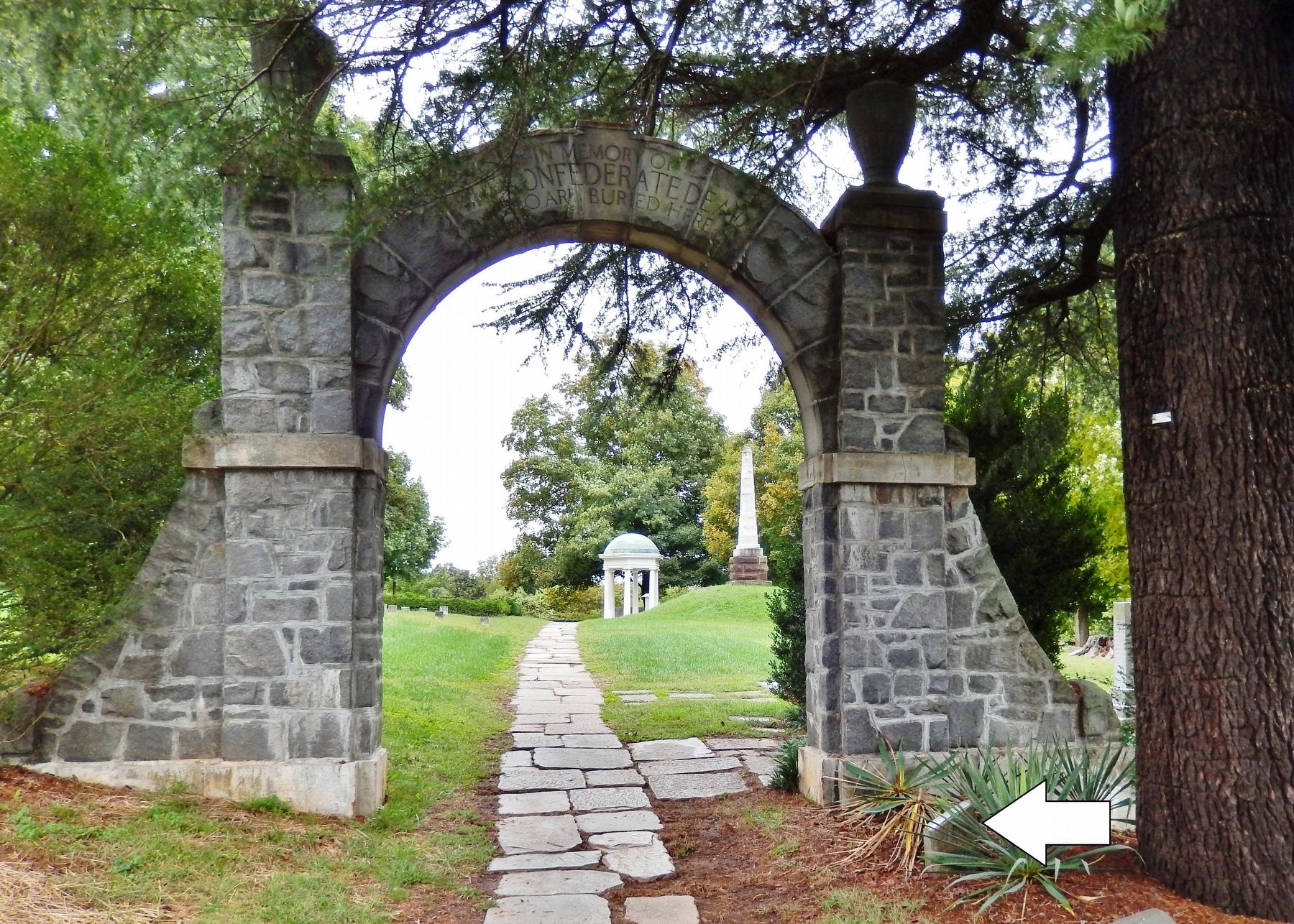