Site of Mustering of a Unit of Hood's Texas Brigade, C.S.A. 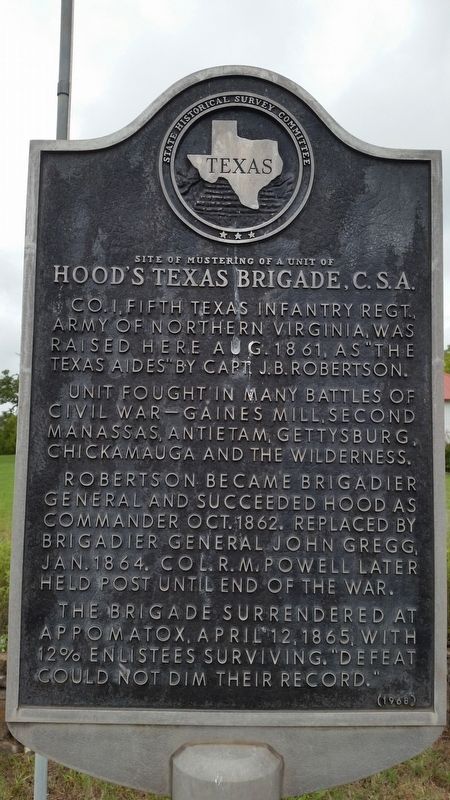 The Brigade surrendered at Appomattox, April 12, 1865, with 12% enlistees surviving. "Defeat could not dim their record."

Topics. This historical marker is listed in this topic list: War, US Civil. A significant historical date for this entry is April 12, 1865.

Location. 30° 19.195′ N, 96° 20.687′ W. Marker is in Independence, Texas, in Washington County. Marker is at the intersection of La Bahia Trail (Farm to Market Road 390) and McKnight Road, on the right when traveling west on La Bahia Trail. Touch for map. Marker is in this post office area: Brenham TX 77833, United States of America. Touch for directions. 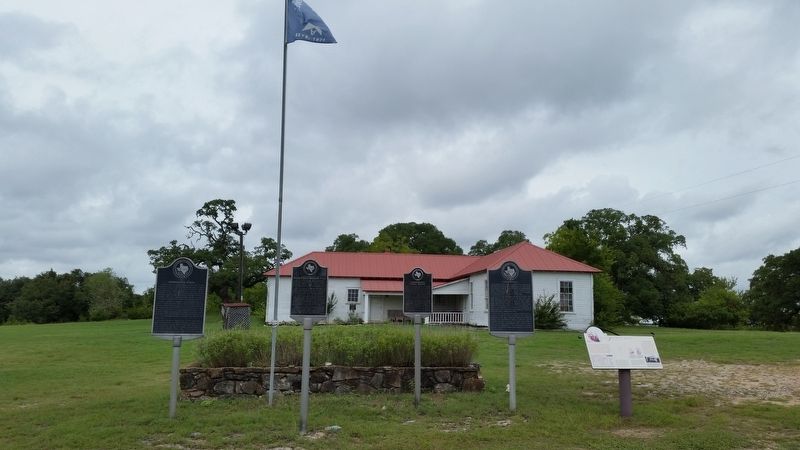 Photographed By James Hulse, September 9, 2018
2. The Hood's Texas Brigade Marker is the second marker from the left.
The Independence Public School is in the background.