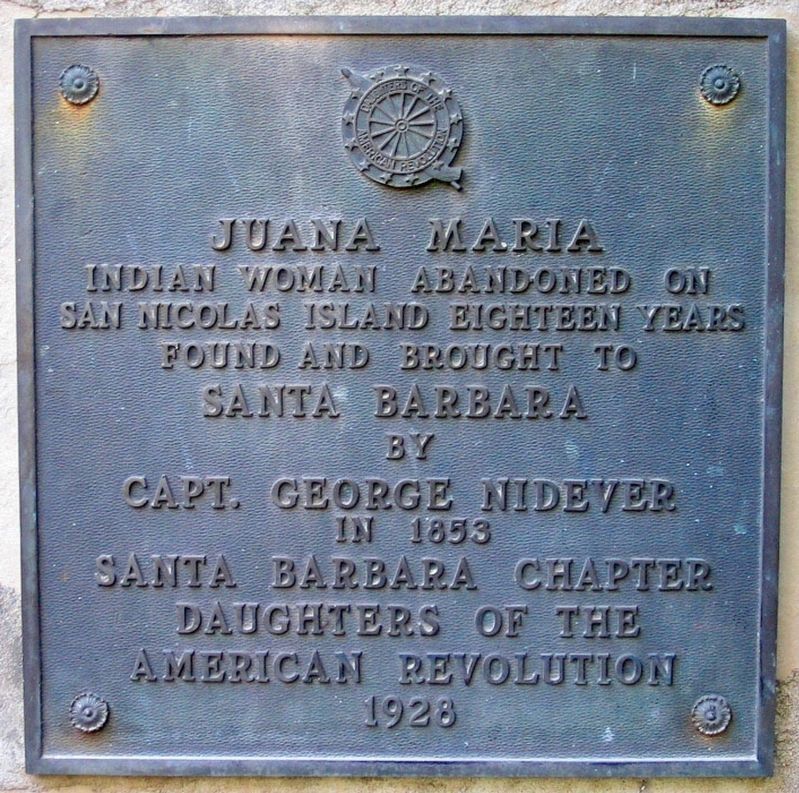 Erected 1928 by Daughters of the American Revolution.

Topics and series. This historical marker is listed in these topic lists: Cemeteries & Burial Sites • Native Americans • Women. In addition, it is included in the Daughters of the American Revolution (DAR) series list.

Other nearby markers. At least 8 other markers are within 2 miles of this marker, measured as the crow flies. Don Jose Francisco De Ortega (within shouting distance of this marker); Moorish Fountain and Indian Community Laundry (about 300 feet away, measured in a direct line); Santa Barbara Mission Lavanderia (about 300 feet 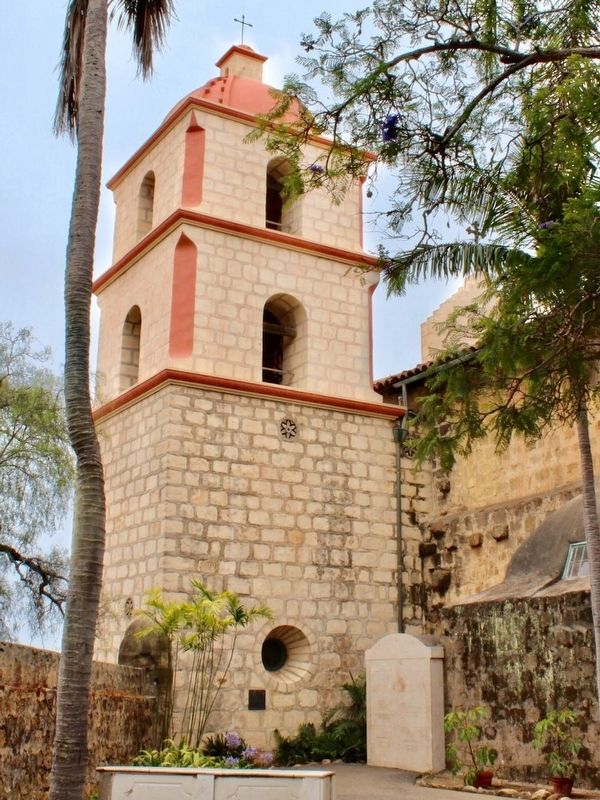 2017
2. Juana Maria Marker
The marker is near the round window on the bell tower, facing the cemetery.

Click or scan to see
this page online
away); Santa Barbara Mission Early Water Supply (about 500 feet away); Mission Historical Park (about 500 feet away); Old Stagecoach Route (approx. one mile away); President Reagan Meets Queen Elizabeth II (approx. 1.1 miles away); First Ruling Sovereign of Europe to Visit America (approx. 1.1 miles away). Touch for a list and map of all markers in Santa Barbara.

Regarding Juana Maria. San Nicolas Island is 60 miles from the California mainland. It is owned by the U.S. Navy, and no visitors are allowed.

The island was inhabited by natives for thousands of years. In 1814, a party of hunters massacred most of the islanders. In 1835 the remaining natives were removed and brought to the mainland, but one woman was left behind. Later attempts to find her were not successful, until Captain Nidever’s third attempt in 1853. Seven weeks after arriving at the Mission, Juana Maria died of dysentery.

The popular children’s novel Island of the Blue Dolphins is based on the life of Juana Maria.

In 1939, archaeologists discovered Juana Maria's whale-bone hut on the highest point of the island. In 2009, two redwood cache boxes were 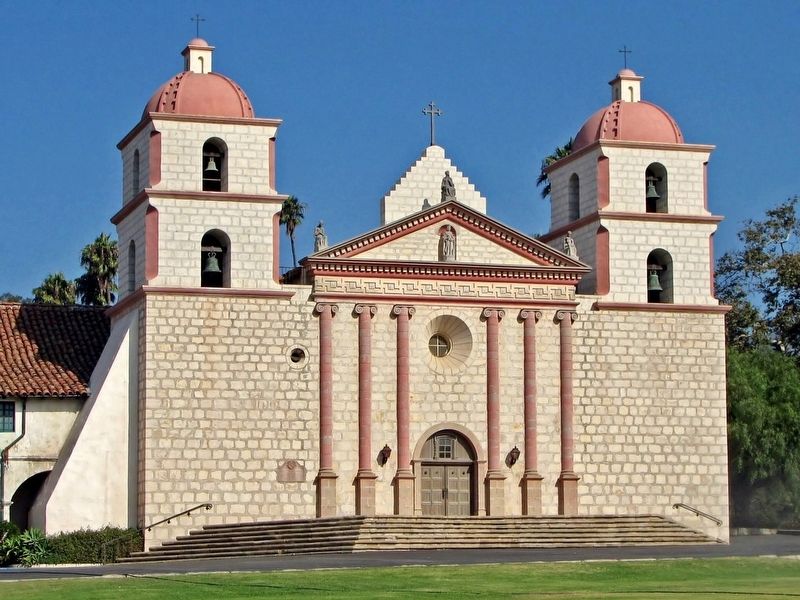 2017
3. Santa Barbara Mission
discovered with 200 artifacts inside. In 2012, archaeologists found and uncovered an Indian cave. All are believed to be Juana Maria’s. 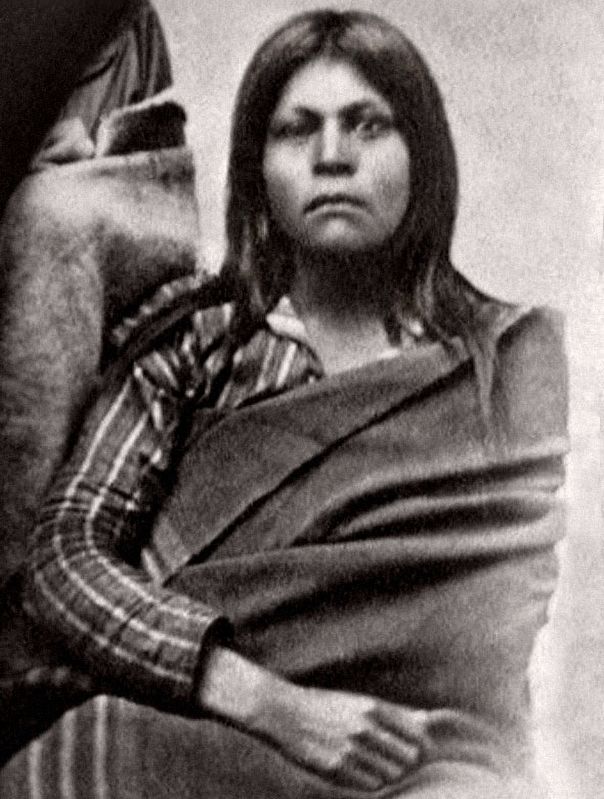