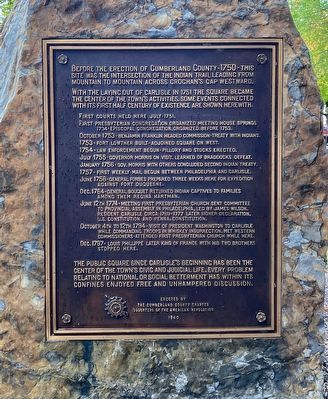 Before the erection of Cumberland County - 1750 - this site was the intersection of the Indian trail leading from mountain to mountain across Groghan's Gap westward.

With the laying out of Carlisle in 1751 the square became the center of the town's activities. Some events connected with its first half century of existence are shown herewith. 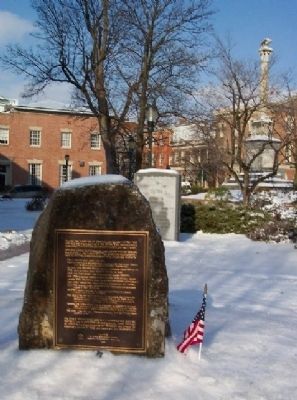 The Public Square since Carlisle's beginning has been the center of the town's civic and judicial life. Every problem relating to national or social betterment has within its confines enjoyed free and unhampered discussion.

Erected 1940 by The Cumberland County Chapter Daughters of the American Revolution.

Topics and series. This historical marker is listed in these topic lists: Colonial Era • Native Americans • Patriots & Patriotism • Settlements & Settlers. In addition, it is included in the Daughters of the American Revolution (DAR), the Former U.S. Presidents: #01 George Washington, and the Signers of the Declaration of Independence series lists. A significant historical month for this entry is January 1756. 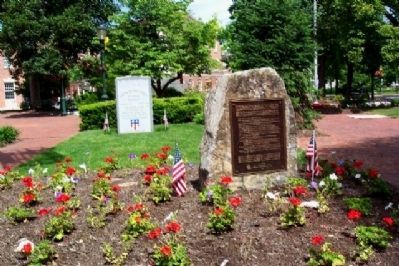