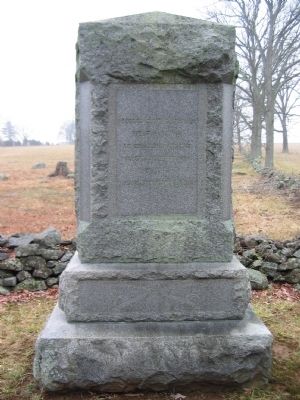 Location. 39° 48.52′ N, 77° 13.839′ W. Marker is in Cumberland Township, Pennsylvania, in Adams County. Memorial is on Taneytown Road (State Highway 134), on the right when traveling south. Located near the service building for Gettysburg National Military Park. Touch for map. Marker is in this post office area: Gettysburg PA 17325, United States of America. Touch for directions. 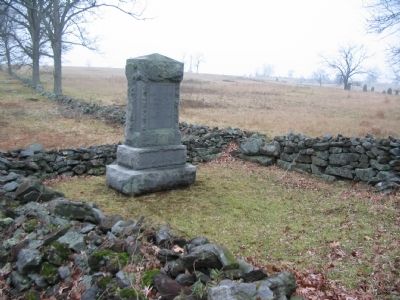 Click or scan to see
this page online
(about 400 feet away); United States Battalion of Engineers (about 600 feet away). Touch for a list and map of all markers in Cumberland Township. 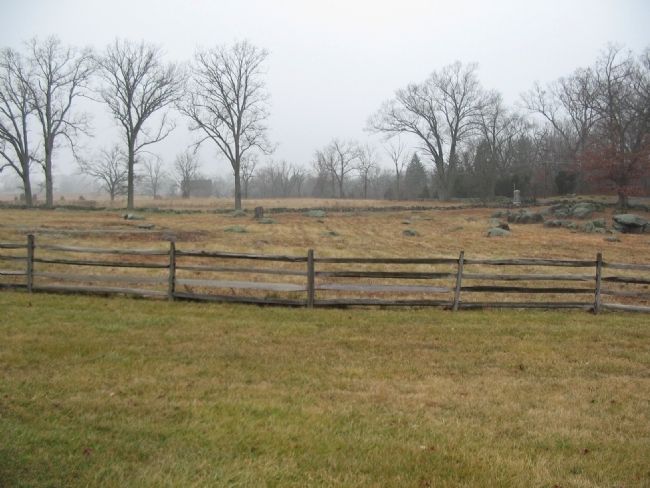 Photographed By Craig Swain, December 27, 2008
3. Location of the Monument
Looking from Pleasonton Avenue to the north. The monument is on the right, next to Taneytown Road. In the official report, Major Charles E. Capehart reported his position on the morning of July 3 as "a point immediately in the rear of the center of the Army of the Potomac," or generally where the monument stands today. 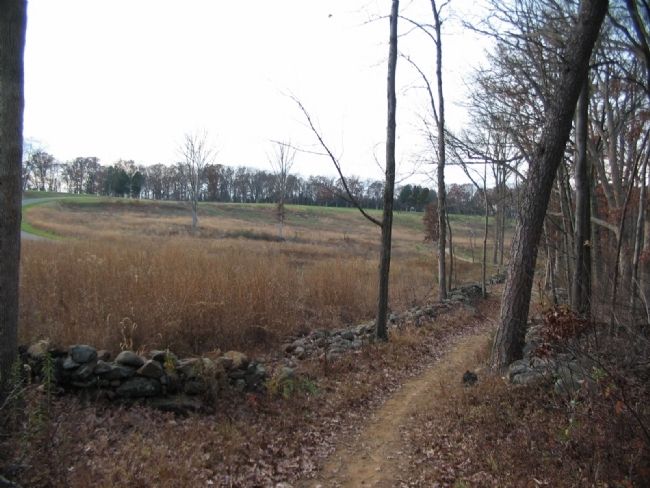