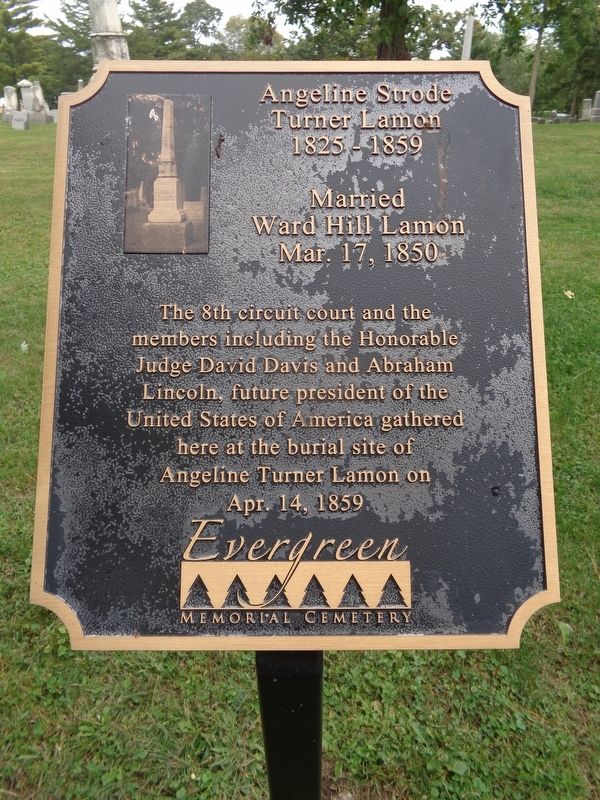 The 8th circuit court and the members including the Honorable Judge David Davis and Abraham Lincoln, future president of the United States of America gathered here at the burial site of Angeline Turner Lamon on Apr. 14, 1859

Topics and series. This historical marker is listed in these topic lists: Cemeteries & Burial Sites • Women. In addition, it is included in the Former U.S. Presidents: #16 Abraham Lincoln series list.

Location. 40° 28.246′ N, 88° 59.38′ W. Marker is in Bloomington, Illinois, in McLean County. Marker can be reached from East Miller Street. Marker is located in the "Old City Section" at Evergreen Memorial Cemetery. Touch for map. Marker is at or near this postal address: 302 E Miller St, Bloomington IL 61701, United States of America. Touch for directions.

Other nearby markers. At least 8 other markers are within walking distance of this marker. Gridley Family Plot (about 500 feet away, measured in a direct line); Plane Crash Memorial (about 700 feet away); McCormick Family Plot (approx. 0.2 miles away); Dorothy Louise Gage 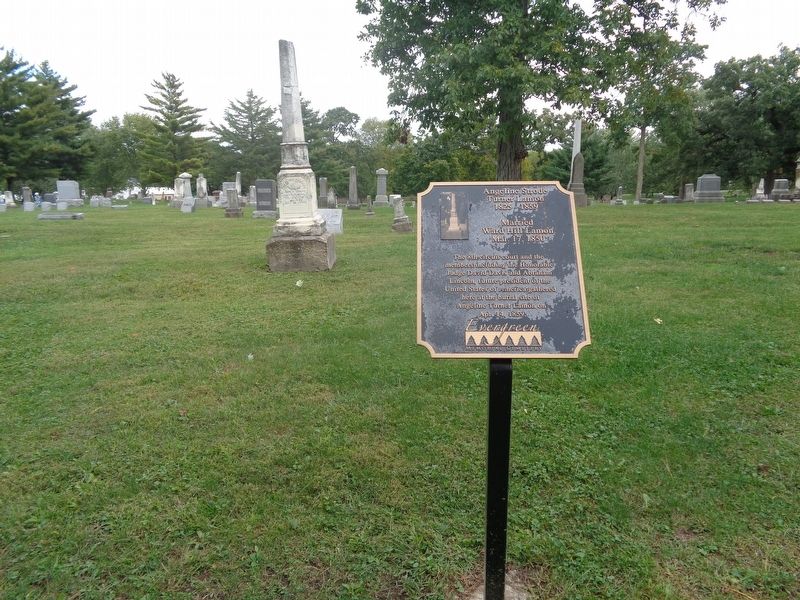 Regarding Angeline Strode Turner Lamon. Abraham Lincoln visited this spot exactly six years before he was shot at Ford's Theater in Washington, DC. 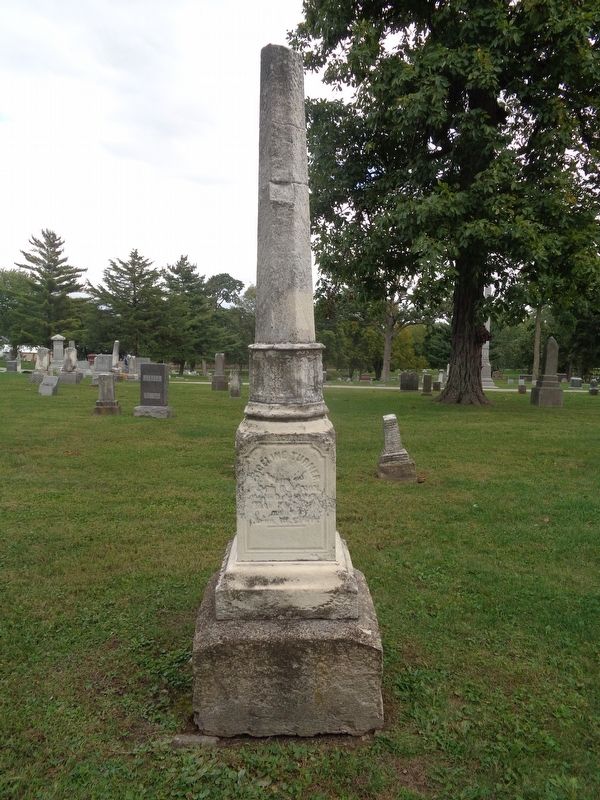