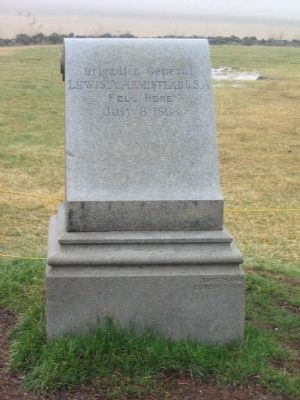 Location. 39° 48.784′ N, 77° 14.155′ W. Marker is in Cumberland Township, Pennsylvania, in Adams County. Memorial is on Hancock Avenue, on the left when traveling north. Located at the "Angle" on Cemetery Ridge in Gettysburg National Military Park. Touch for map. Marker is in this post office area: Gettysburg PA 17325, United States of America. Touch for directions. 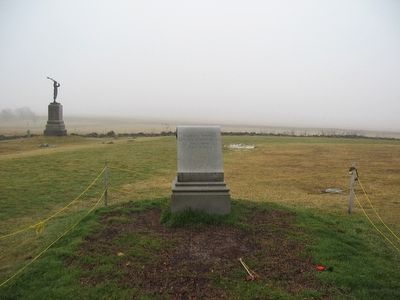 Photographed By Craig Swain, December 27, 2008
2. Brigadier General Lewis Armistead Marker
General Armistead led his men over the stone wall seen in the background and reached the cannons of Cushing's Battery A, 4th U.S. Artillery. Armistead was mortally wounded in the fighting.

Click or scan to see
this page online
of this marker); A Thunderous Duel (within shouting distance of this marker). Touch for a list and map of all markers in Cumberland Township. 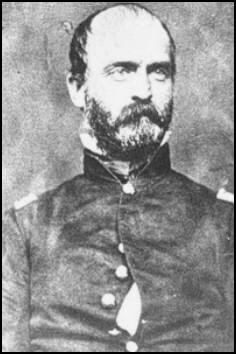 3. Brigadier General Lewis Armistead
General Armistead was a career soldier in the U.S. Army before the war. Cited for bravery during the Mexican War, he was brevetted to Major. At the onset of war, he parted company with his long time friend Winfield Scott Hancock to join the Confederacy, saying "May God strike me dead" if I meet you in battle. On July 3, 1863, Armistead lead his brigade against Federal forces commanded by Major General Hancock. Mortally wounded after capturing a Federal battery, Armistead died in a Federal field hospital.