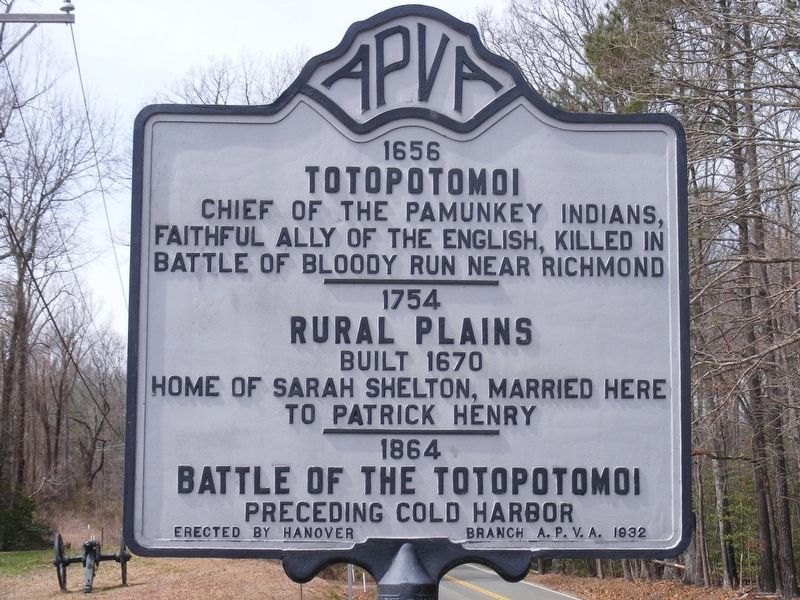 By Pete Payette, March 24, 2018
1. Totopotomoi Marker (Refurbished)
Inscription.
Totopotomoi. . 1656 , Totopotomoi , Chief of the Pamunkey Indians, faithful ally of the English, killed in Battle of Bloody Run near Richmond, 1754 , Rural Plains , Built 1670 , Home of Sarah Shelton, married here to Patrick Henry, 1864 , Battle of the Totopotomoi , Preceding Cold Harbor , Erected by Hanover Branch A.P.V.A. 1932 . This historical marker was erected in 1932 by Association for the Preservation of Virginia Antiquities. It is Near Mechanicsville in Hanover County Virginia

1656
Totopotomoi
Chief of the Pamunkey Indians, faithful ally of the English, killed in Battle of Bloody Run near Richmond

Erected 1932 by Association for the Preservation of Virginia Antiquities.

Topics. This historical marker is listed in these topic lists: Colonial Era • Native Americans • War, US Civil. A significant historical year for this entry is 1656.

Location. 37° 39.699′ N, 77° 20.786′ W. Marker is near Mechanicsville, Virginia, in Hanover County. Marker is on Studley Road (County Route 606) 0.1 miles west of Shelton Pointe Drive, on the left when traveling west. Touch for map. Marker is in this post office area: Mechanicsville VA 23116, United States of America. Touch for directions. 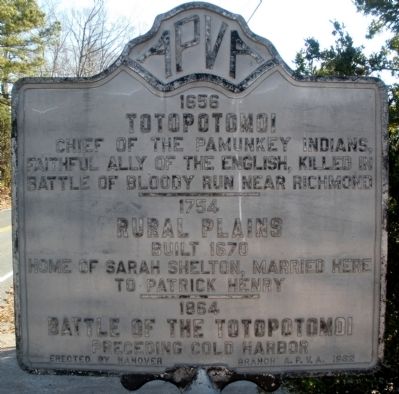 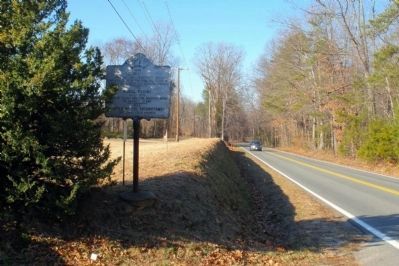 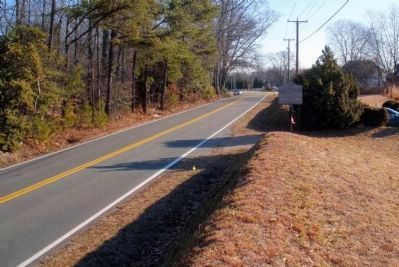 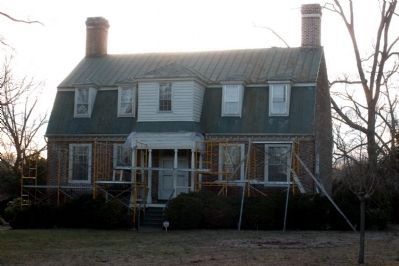 By Bernard Fisher, February 14, 2009
5. Shelton House “Rural Plains”.
"Rural Plains" is believed to be the oldest home in Hanover County, dating back to 1670. Sir John Shelton received the property on which it stands through a King’s Grant bestowed in 1609. “Rural Plains” was dedicated to the National Park Service in June 2006 as part of a 124-acre historic park.

By Bernard Fisher, July 8, 2009
6. Center hallway portraits.
In 1754 Sarah Shelton and Patrick Henry were married in the parlor of the Shelton home. 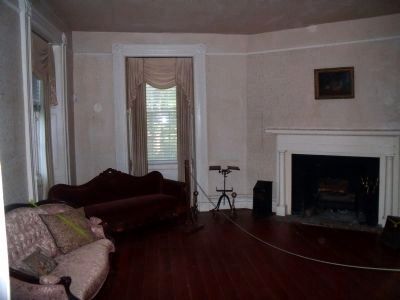 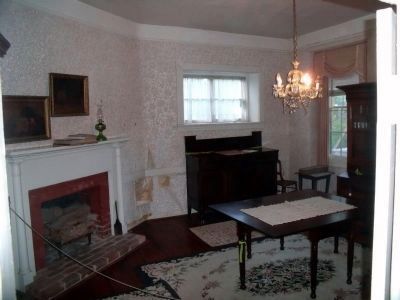 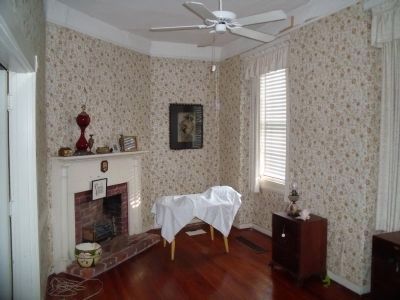