Soldier, Statesman and Indian fighter. In his native Georgia, a Legislator and Mayor of City of Atlanta. General in Cuban Liberation Forces, 1850.

Topics. This historical marker is listed in these topic lists: War, US Civil • Wars, US Indian.

By James Hulse, November 21, 2020
2. The General Alison Nelson Marker is in front of Bosque County Courthouse
facing toward the north. Touch for map. Marker is at or near this postal address: 110 South Main Street, Meridian TX 76665, United States of America. Touch for directions.

Regarding General Alison Nelson. Military Service and Death - During the Mexican–American War, Nelson served as a captain in the Kennesaw Rangers with another future mayor, Cicero C. Hammock, as well as the father of mayor John B. Goodwin – Williamson H. Goodwin. Nelson later served as a brigadier general under General Narciso López, in a failed attempt to free Cuba from Spain. He organized and served as colonel of the 10th Texas Infantry Regiment in the Confederate States Army. He was later promoted brigadier general but contracted typhus and died. He was buried in Mount Holly Cemetery, Little Rock, Arkansas. Source: Wikipedia 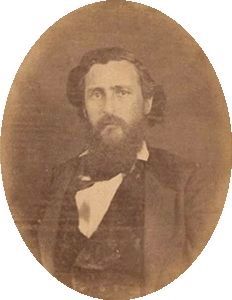