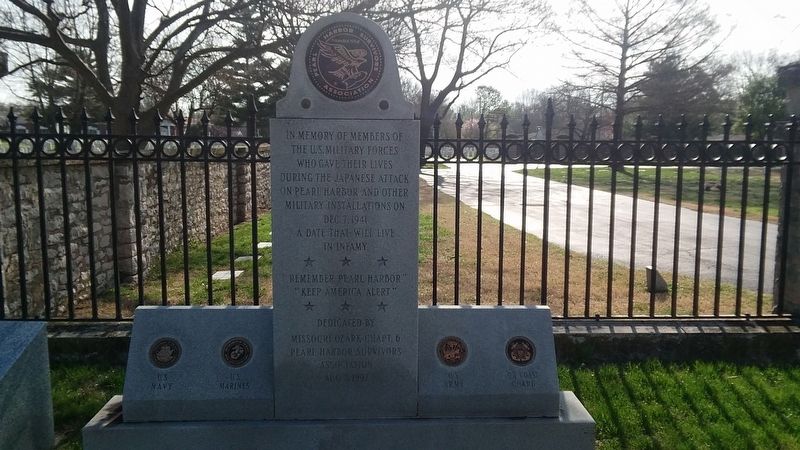 . This memorial was erected in 1997 by Pear Harbor Survivors Association. It is in Springfield in Greene County Missouri

In memory of members of the U.S. Military forces who gave their lives during the Japanese attack on Pearl Harbor and other military installations on Dec. 7, 1941 a date that will live in infamy.

Topics and series. This memorial is listed in these topic lists: Cemeteries & Burial Sites • War, World II • Waterways & Vessels. In addition, it is included in the National Cemeteries series list.

Location. 37° 10.367′ N, 93° 15.817′ W. Marker is in Springfield, Missouri, in Greene County. Memorial is on East Drive just north of General Hogan Drive, on the left when traveling north. On the grounds of the Springfield National Cemetery. Touch for map. Marker is at or near this postal address: 1702 E Seminole St, Springfield MO 65804, United States of America. Touch for directions. 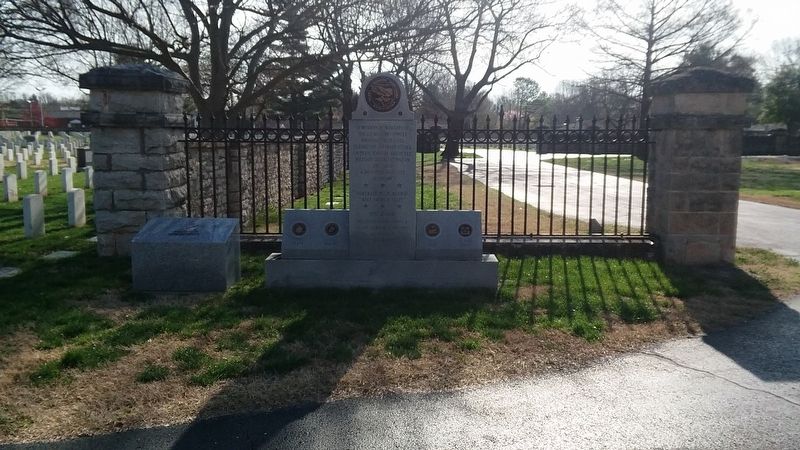