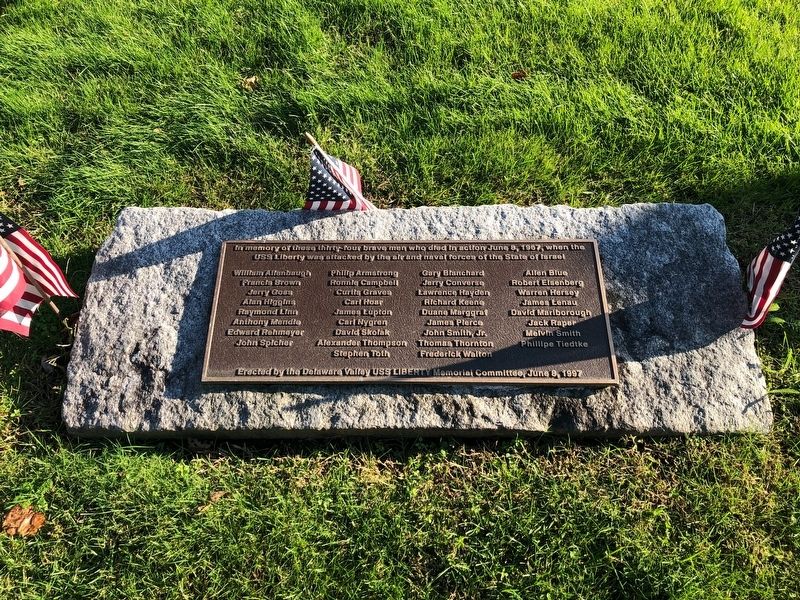 In memory of these thirty-four brave men who died in action June 8, 1967, when the USS Liberty was attacked by the air and naval forces of the State of Israel 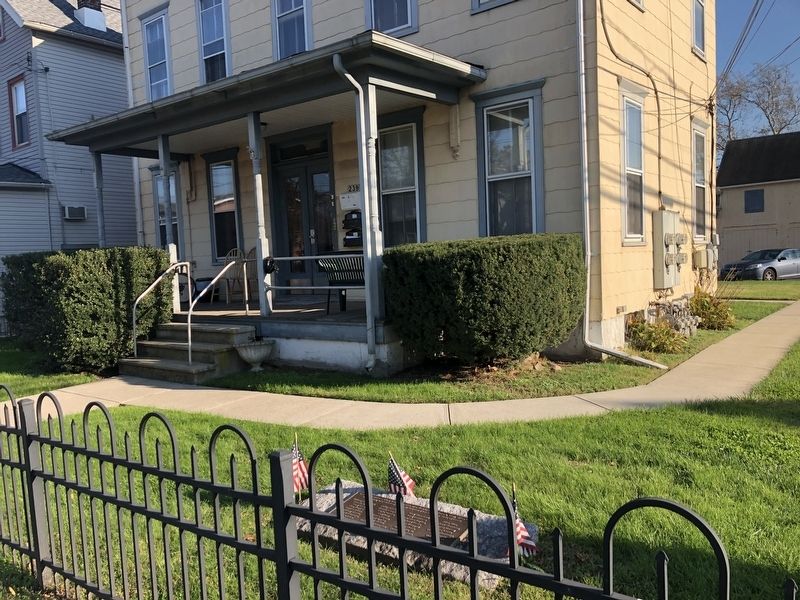 By Devry Becker Jones, November 14, 2020
2. USS Liberty Memorial
is in Morrisville, Pennsylvania, in Bucks County. Memorial is at the intersection of Lincoln Highway (Pennsylvania Route 32) and South Lafayette Avenue, on the right when traveling east on Lincoln Highway. Touch for map. Marker is at or near this postal address: 239 W Bridge St, Morrisville PA 19067, United States of America. Touch for directions.

Additional keywords. Six-Day War, USS Liberty Incident
Credits. This page was last revised on December 12, 2020. It was originally submitted on November 16, 2020, by Dan Reynard of Seymour, Wisconsin. This page has been viewed 145 times since then and 4 times this year. Last updated on December 11, 2020, by Dan Reynard of Seymour, Wisconsin. Photos:   1, 2. submitted on November 16, 2020, by Devry Becker Jones of Washington, District of Columbia. • Devry Becker Jones was the editor who published this page.
Share This Page.