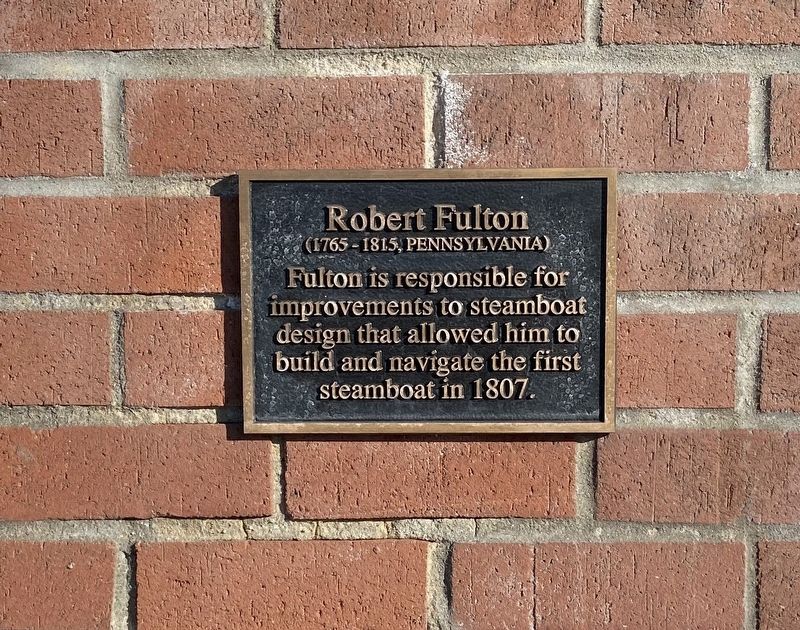 By Andrew Ruppenstein, December 10, 2020
1. Robert Fulton Marker
Inscription.
Robert Fulton. (1765-1815, Pennsylvania). Fulton is responsible for improvements to steamboat design that allowed him to build and navigate the first steamboat in 1807. . This historical marker is in Sacramento in Sacramento County California

Fulton is responsible for improvements to steamboat design that allowed him to build and navigate the first steamboat in 1807.

More about this marker. The marker (in duplicate) is mounted to two low brick monuments that flank a cement wall bearing Fulton's name. This setup is replicated across the street on the other side of Fulton Street (forming a gateway of sorts), thus yielding four copies of the marker. 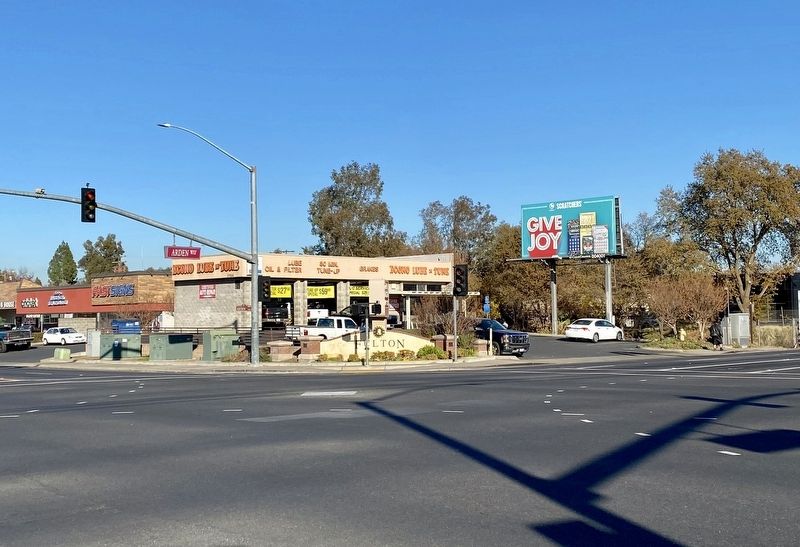 By Andrew Ruppenstein, December 10, 2020
2. Robert Fulton Marker - wide view, looking NE across Arden Way
. "Robert Fulton (November 14, 1765 – February 25, 1815) was an American engineer and inventor who is widely credited with developing a commercially successful steamboat; the first was called North River Steamboat (later Clermont). In 1807 that steamboat traveled on the Hudson River with passengers, from New York City to Albany and back again, a round trip of 300 miles (480 km), in 62 hours. The success of his steamboat changed river traffic and trade on major American rivers." (Submitted on December 12, 2020.) 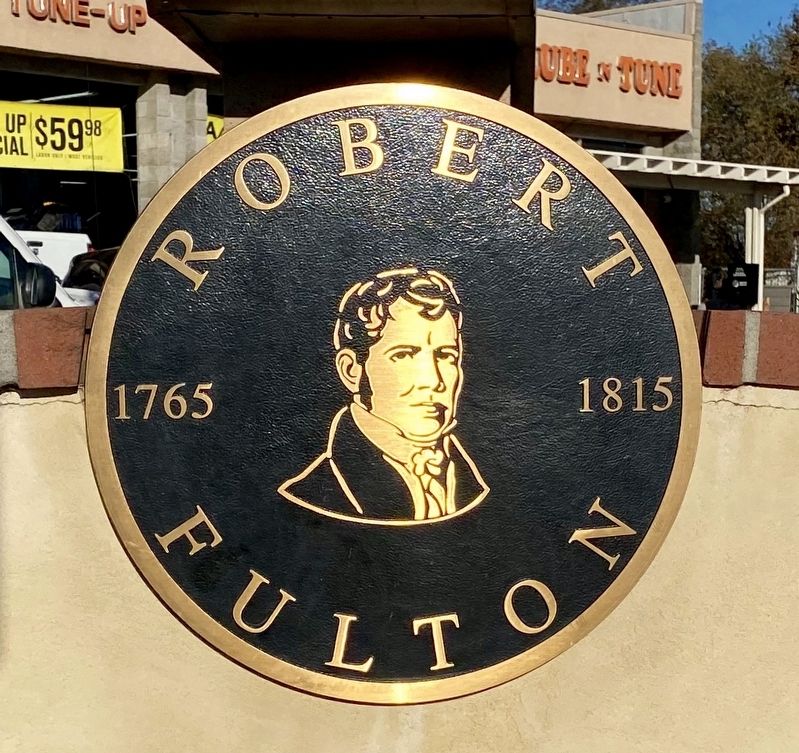