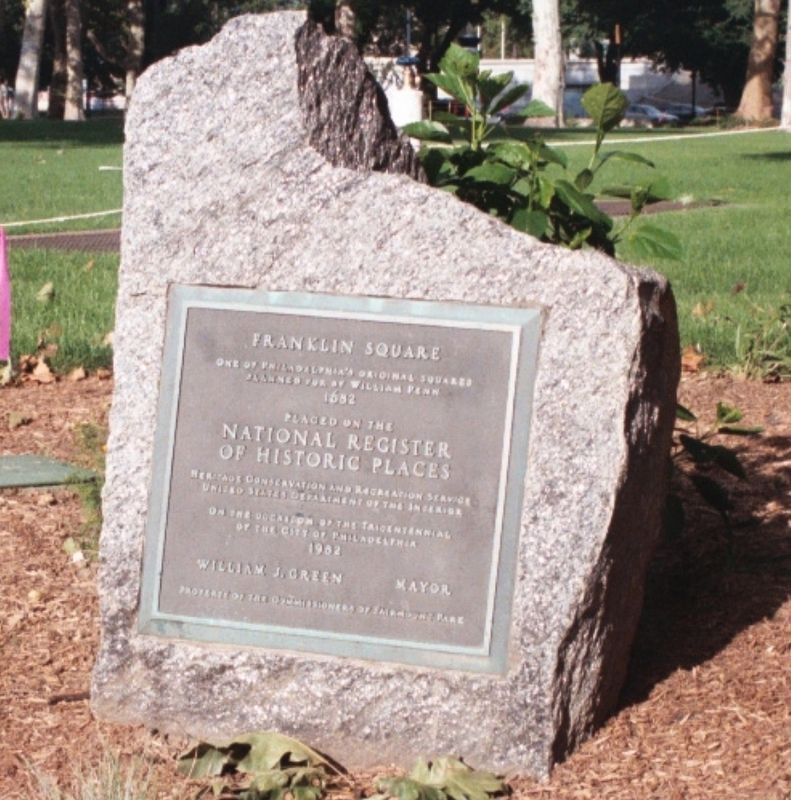 One of Philadelphia's Original Squares Planned For William Penn 1682. Placed On The National Register of Historic Places. Heritage Conservation and Recreation Service United States Department Of The Interior. On The Occasion Of The Tricentennial Of The City Of Philadelphia 1982. William J. Green. Mayor. Property of the Commissioners of Fairmount Park

Erected by Heritage Conservation and Recreation Service United States Department Of The Interior.

Location. 39° 57.328′ N, 75° 9.02′ W. Marker is in Philadelphia, Pennsylvania, in Philadelphia County. Located next to The Franklin Square Fountain (est. in 1838) which is America's oldest fountain. Touch for map. Marker is at or near this postal address: 200 N 6th Street, Philadelphia PA 19106, United States of America. Touch for directions. 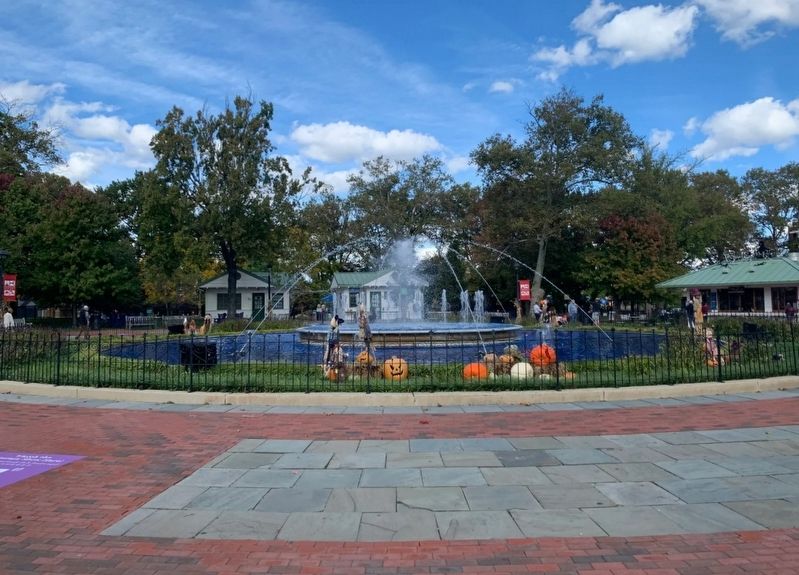 Also see . . .  Home to the oldest fountain in America. The Franklin Square Fountain (est. in 1838) is located in Philadelphia, PA. It was established a year following Philadelphia City Council's resolution calling for a fountain of “grand dimensions.” It is the oldest refurbished and functioning public water fountain in the United States, and is the longest-surviving fountain in William Penn’s original five squares. In 2006, Historic Philadelphia, Inc. restored the fountain for the first time in 30 years, renovating the vintage marble and surrounding wrought iron fence. To this day, the historic fountain is a highlight of the Franklin Square experience alongside the modern attractions, special events, and public green space. The fountain has been the centerpiece of the public park for 180 years. While the city and 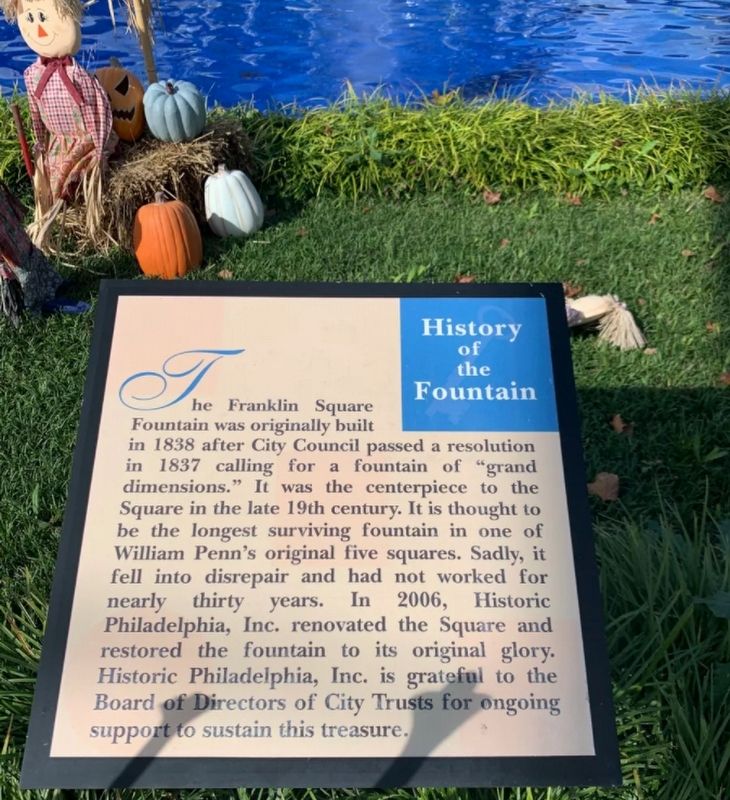