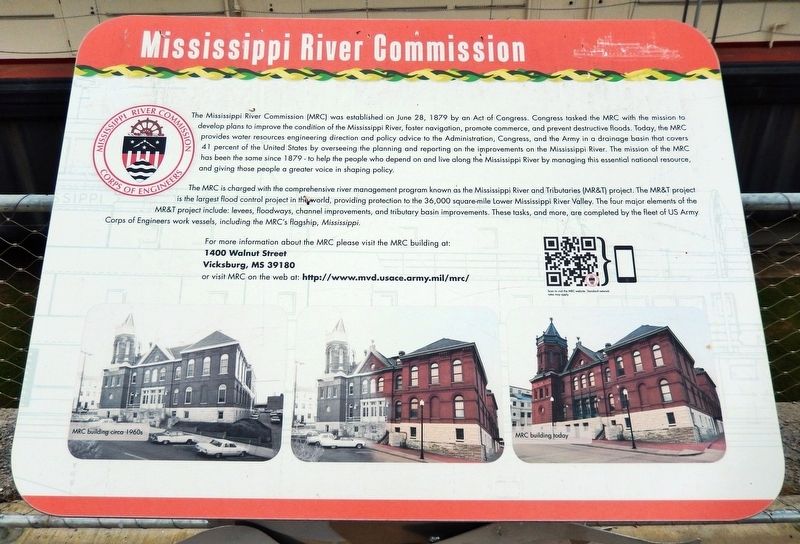 The Mississippi River Commission (MRC) was established on June 28, 1879 by an Act of Congress. Congress tasked the MRC with the mission to develop plans to improve the condition of the Mississippi River, foster navigation, promote commerce, and prevent destructive floods. Today, the MRC provides water resources engineering direction and policy advice to the Administration, Congress, and the Army in a drainage basin that covers 41 percent of the United States by overseeing the planning and reporting on the improvements on the Mississippi River. The mission of the MRC has been the same since 1879 — to help the people who depend on and live along the Mississippi River by managing this essential national resource, and giving those people a greater voice in shaping policy.

2. Marker detail: MRC Building
and tributary basin improvements. These tasks, and more, are completed by the fleet of US Army Corps of Engineers work vessels, including the MRC's flagship, Mississippi.

For more information about the MRC please visit the MRC building at:
1400 Walnut Street
Vicksburg, MS 39180
or visit MRC on the web at http://www.mvd.usace.army.mil/mrc/ 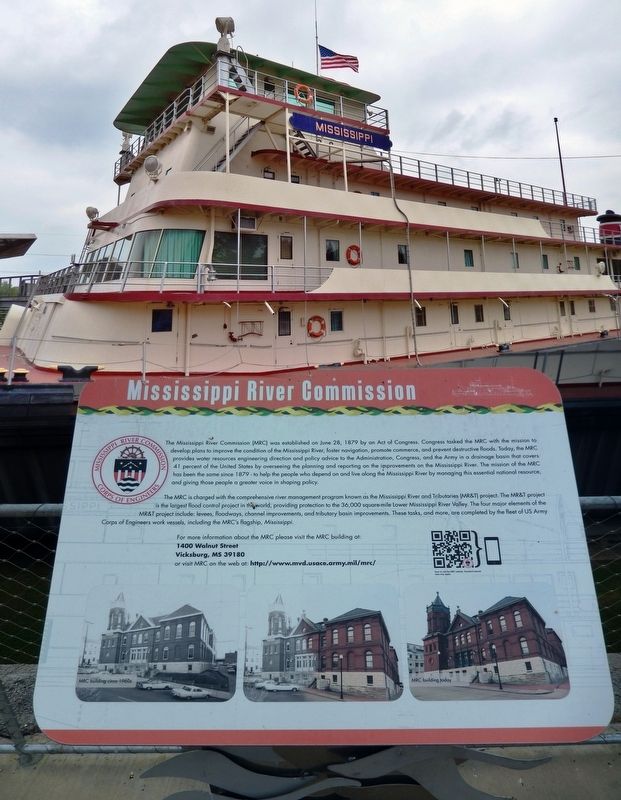 Related markers. Click here for a list of markers that are related to this marker. Mississippi River Commission

Also see . . .  Mississippi River Commission (Wikipedia). There are seven members on the commission. The mission is executed through the United States Army Corps of Engineers Mississippi Valley Division Districts in St. Paul, Rock Island, St. Louis, Memphis, Vicksburg, and New Orleans. The headquarters of the operation is in Historic Downtown Vicksburg in the Mississippi River Commission Building. (Submitted on December 22, 2020, by Cosmos Mariner of Cape Canaveral, Florida.) 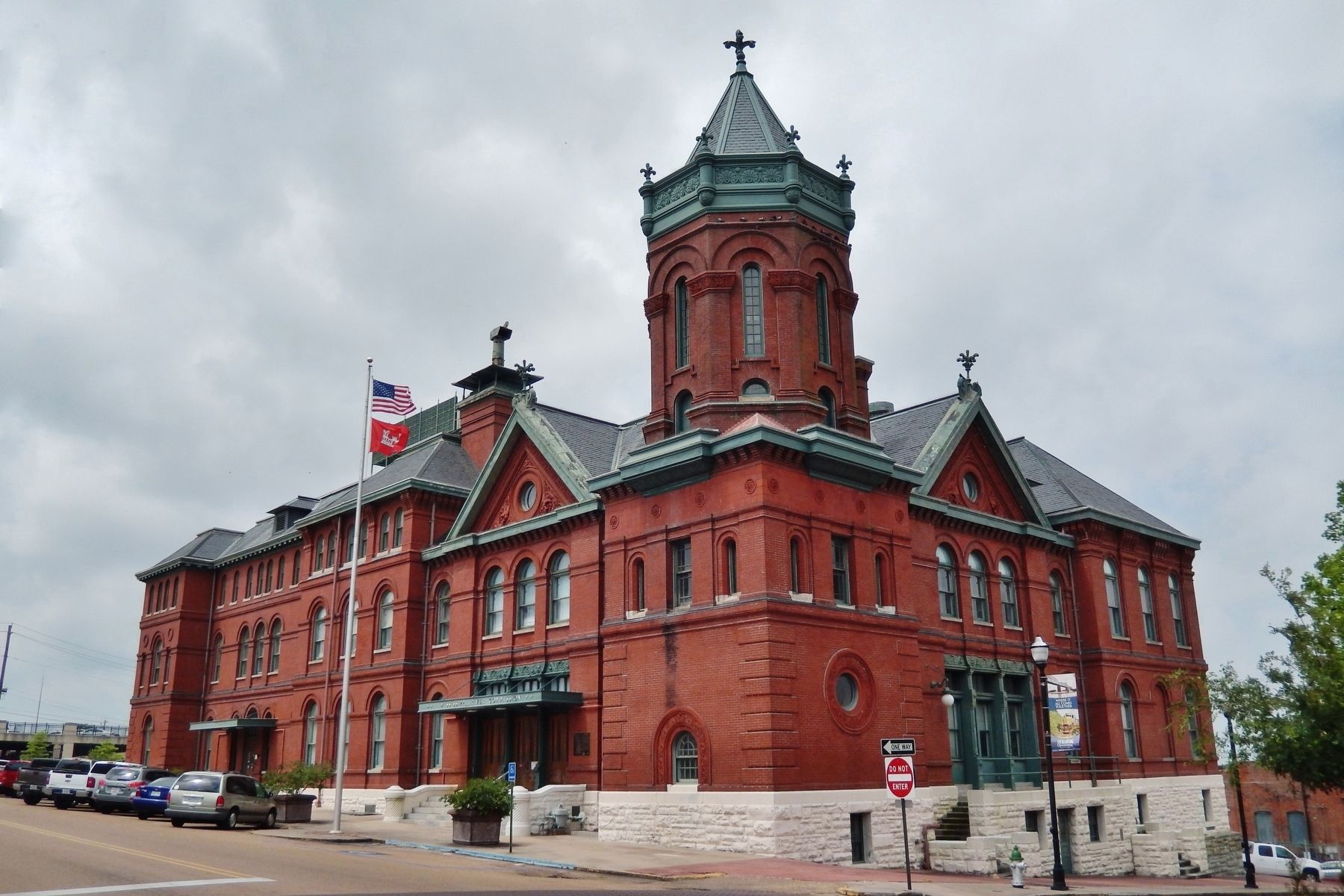