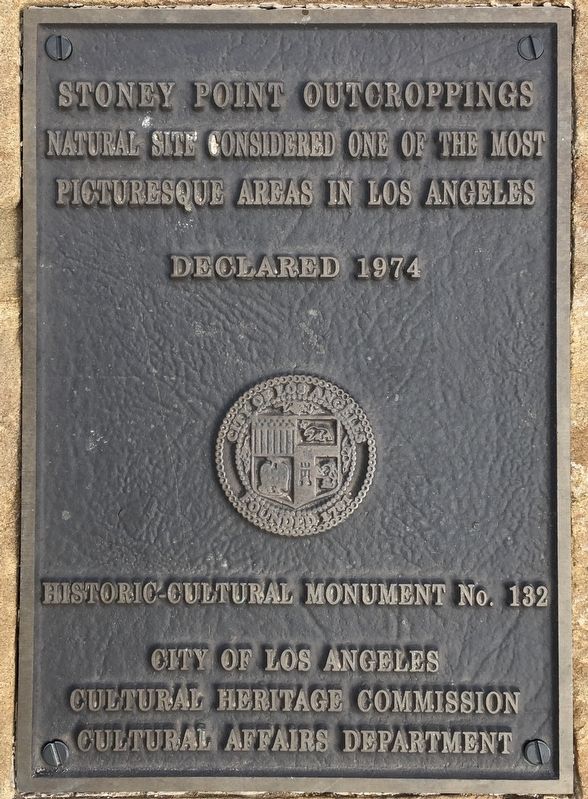 Topics and series. This historical marker is listed in these topic lists: Landmarks • Native Americans • Parks & Recreational Areas • Railroads & Streetcars. In addition, it is included in the City of Los Angeles Historic-Cultural Monuments series list.

Location. 34° 16.181′ N, 118° 36.323′ W. Marker is in Chatsworth, California, in Los Angeles County. Marker can be reached from the intersection of Topanga Canyon Boulevard and Santa Susana Pass Road, on the right when traveling north. Touch for map. Marker is in this post office area: Chatsworth CA 91311, United States of America. Touch for directions.

Other nearby markers. At least 8 other markers are within 3 miles of this marker, measured as the crow flies. Garden of the Gods (approx. half a mile away); Minnie Hill Palmer House (approx. 0.9 miles away); The Munch Box 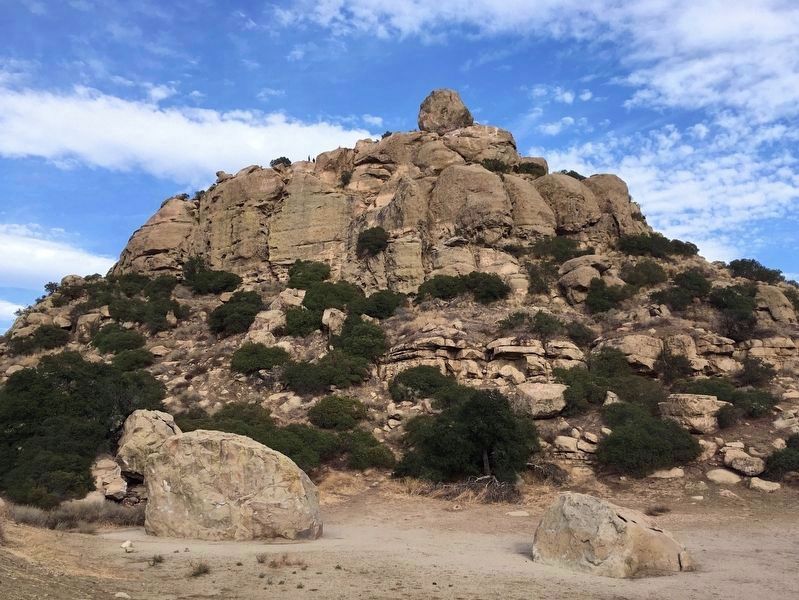 Regarding Stoney Point. Stoney Point was the site of a Tongva Indian village until the 1790s. It is believed that the village of Momonga was located at Stoney Point. It is culturally significant because Momonga allowed intermarriage of Chumash, Fernandeno and Gabrieleno peoples. A sulphur spring runs adjacent to Stoney Point on the east side, which the natives believed had spiritual properties. It is said that shamans would visit Stoney Point in preparation for the Winter Solstice celebration that drew native people from as far away as Temecula.

Stoney Point has a long history of association with rock climbing and bouldering, which began in the 1930s. In the '50s and '60s, pioneering rock climbers Royal Robbins and Yvon Chouinard learned to climb at 400-foot-tall Stoney Point. 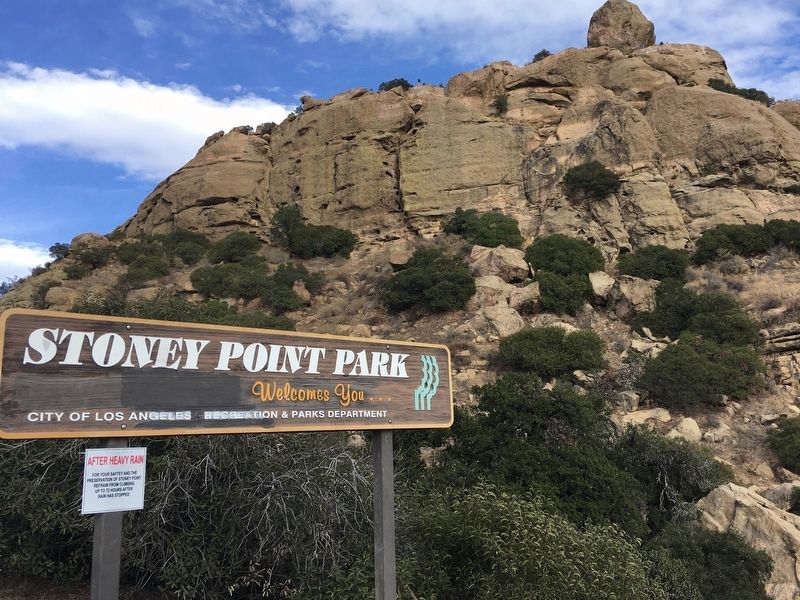 By Craig Baker, December 30, 2020
3. Stoney Point Park
2008 Chatsworth Metrolink Train Crash occurred on the north-east side of Stoney Point. In 2009 a marker was placed above the railroad tunnel in memory of the victims. First responders and passengers who survived the crash were in attendance. 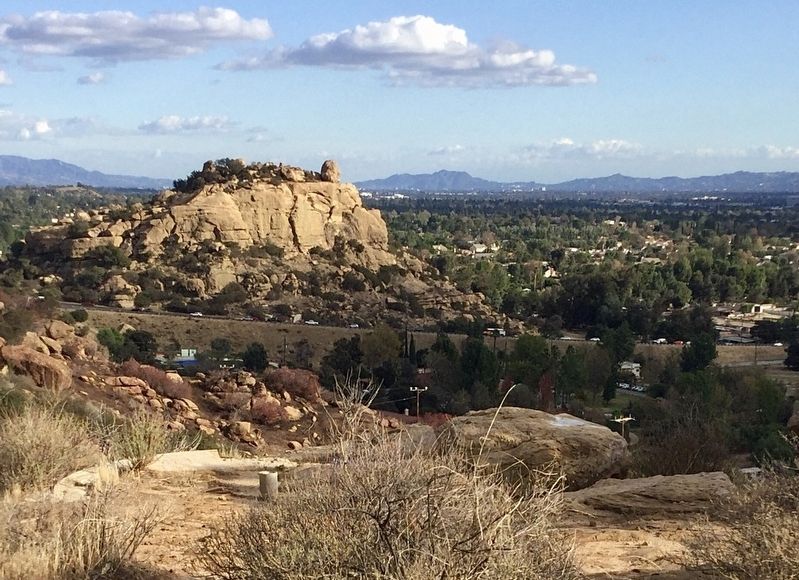 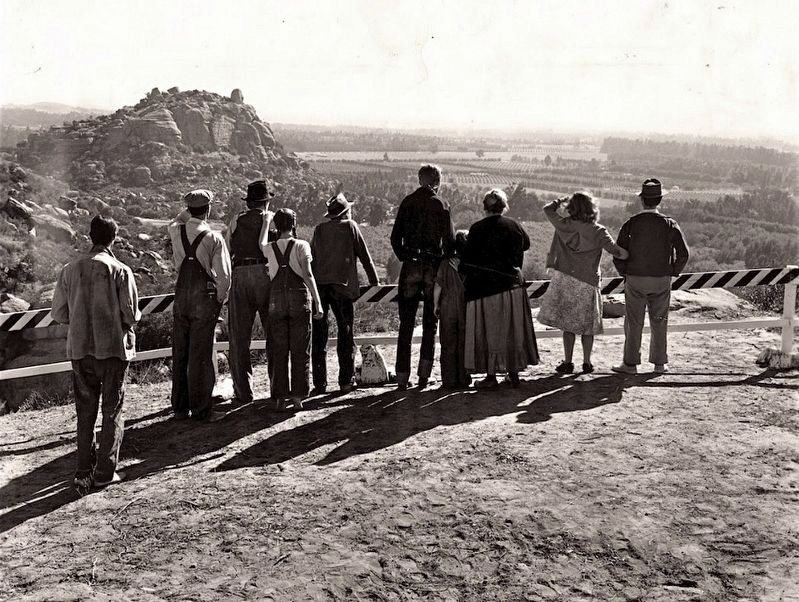 1940
5. The Grapes of Wrath
The scene where the Joad family arrives in California was filmed in Chatsworth overlooking the San Fernando Valley farmland, in 1940. 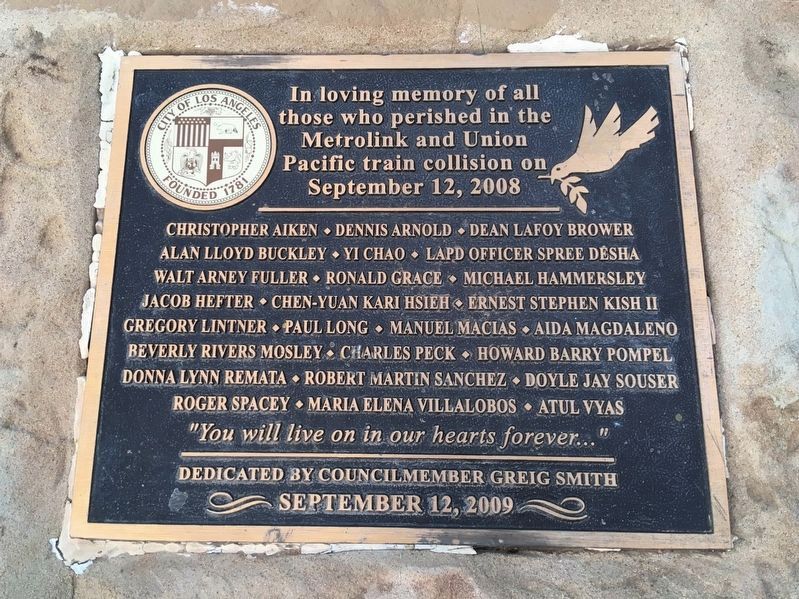