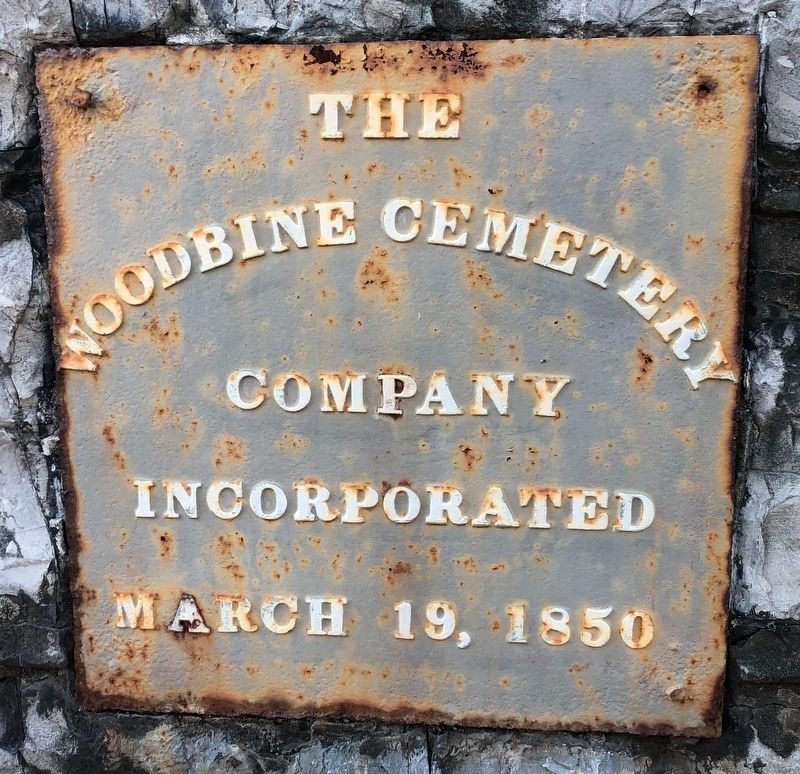 Photographed By Devry Becker Jones (CC0), October 17, 2020
1. The Woodbine Cemetery Marker
Inscription.
The Woodbine Cemetery Company, Incorporated March 19, 1850, 1877 These gates are erected in memory of the officers and members of the Woodbine Society, who gave generously of their time and means to beautify this cemetery, where they now rest from their labors. 1915 . This historical marker is in Harrisonburg Virginia

1877 These gates are erected in memory of the officers and members of the Woodbine Society, who gave generously of their time and means to beautify this cemetery, where they now rest from their labors. 1915

Topics. This historical marker is listed in these topic lists: Cemeteries & Burial Sites • War, US Civil. A significant historical date for this entry is March 19, 1779. 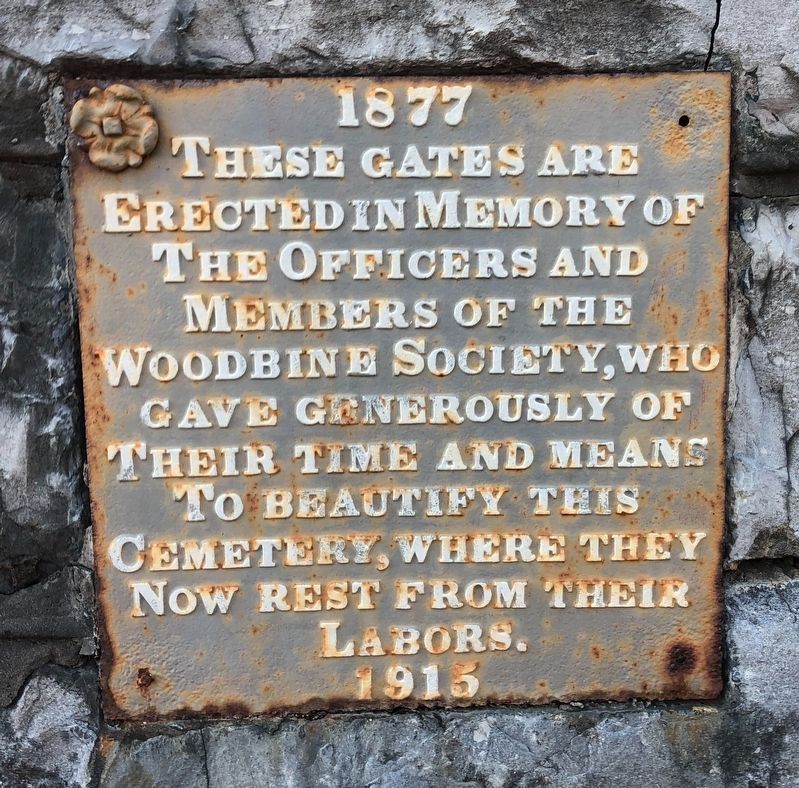 Click or scan to see
this page online
(approx. 0.3 miles away); Charlotte Harris Lynched (approx. 0.4 miles away). Touch for a list and map of all markers in Harrisonburg.

Additional commentary.
1.
Woodbine Cemetery was incorporated in March 1850 and the first plot was purchased seven months later. The Confederate section was laid out in 1862 and, eventually, served as the final resting place for approximately 235 Confederate soldiers who fell in the Shenandoah Valley battles of 1862 and 1864. The soldiers represent the states of Virginia, North Carolina, Maryland, Louisiana, Alabama, South Carolina, Georgia, Missouri, and Tennessee. In 1876, the Ladies Memorial Association erected the large monolith monument standing in the center of the Confederate section.

In addition to soldiers killed during the war, several Confederate veterans from the area were buried here in years after the war. Among some of the 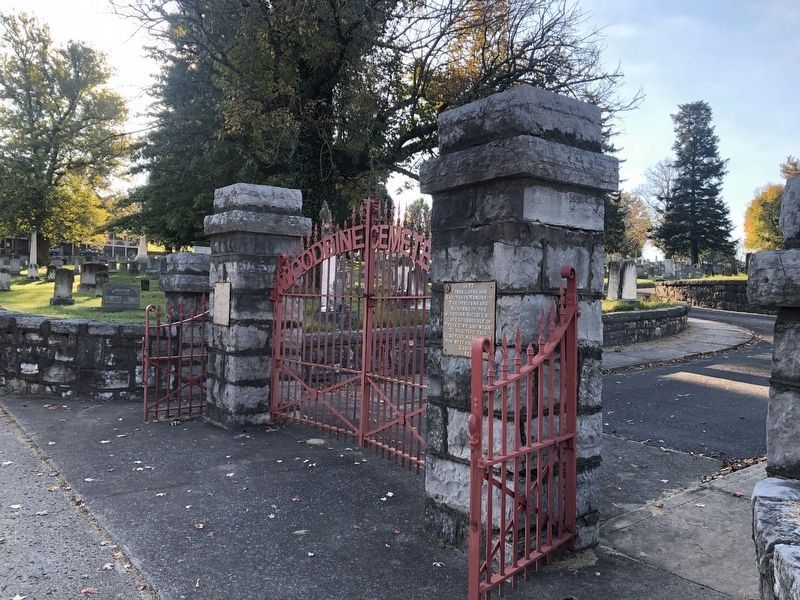 Dorilus Lee Henry Martz (1837-1914), a native of Lacey Springs, served in the Virginia House of Delegates for four terms prior to the Civil War, and was lieutenant colonel of the 10th Virginia Infantry. After being captured by the Union army at the Battle of Spotsylvania Court House, he became one of the 600 Confederate officers known as the “Immortal 600.” After the war, Martz became a local businessman and served as the clerk of the Rockingham circuit court.

Major Foxhall Alexander Daingerfield initially opposed secession but was often cited for gallantry in combat. A graduate of the law school of Washington College (now Washington and Lee University), he served as a major in the Eleventh Virginia Cavalry. In the fall of 1861, he served as an orderly and courier to Gen. Robert E. Lee. After the war, he served for a time as mayor of Harrisonburg, Clerk of the Court for Rockingham County, and eventually moved to Kentucky where he served on the Kentucky State Racing Commission. His wife ,”Nettie” Gray Daingerfield was the daughter of Algernon 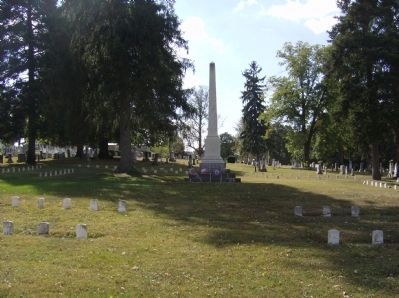 Photographed By Robert H. Moore, II, October 11, 2007
4. Confederate Monument in the center of the Confederate section of the cemetery
S. Gray, a delegate from Rockingham County to the Virginia Secession Convention. She was also an author, having published the book, “That Dear Old Sword,” in 1903.

Confederate General John Robert Jones (1827-1901) was a graduate of the Virginia Military Institute and commander of the 33rd Virginia Infantry (of the famed Stonewall Brigade). A brigade commander under Stonewall Jackson in the Seven Days Battles, he was relived for suspected cowardice after the battle of Sharpsburg (Antietam), Maryland. He was captured by Union troops at Smithburg, Maryland in July 1864 and was never exchanged. After the war, he became a businessman in Harrisonburg. He is best remembered for the intimate relationship with his former slave, Malinda Rice. One of the couple’s children, Mary Rice Hayes Allen, was a lifelong social activist and early leader in the local NAACP. General Jones publicly recognized his interracial children and supported them financially, which led to the divorce from his wife.

The mother of Confederate officer and post-war governor of Virginia Charles T. O’Ferrell, is also buried here. Janes laurens O’Ferrell, a native of Fauquier County, died in Bridgewater in May 1891. During the Civil War, she made the journey to her son’s bedside after hearing that he had been severely wounded at the Battle of Upperville. Despite the serious wounds, she was 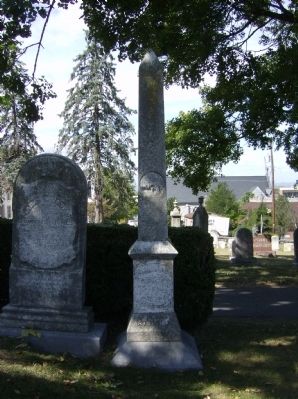 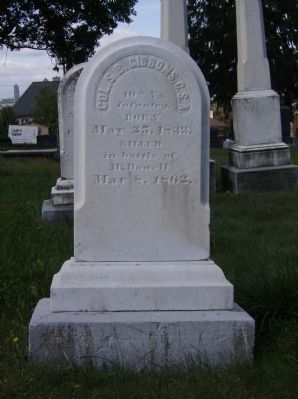 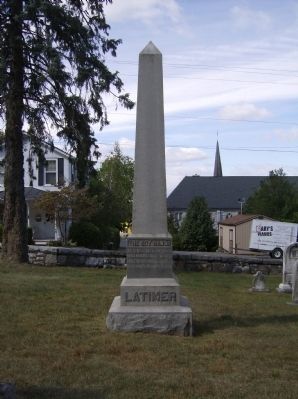