Site of Brainerd Mission to the Cherokee Indians 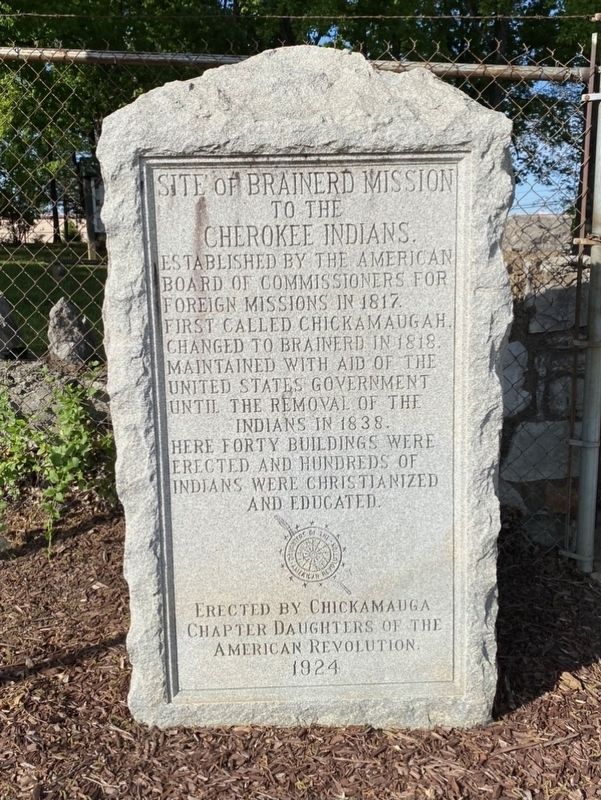 Established by the American Board of Commissioners for foreign missions in 1817. First called Chickamaugah, changed to Brainerd in 1818. Maintained with aid of the United States Government until the removal of the Indians in 1838. Here forty buildings were erected and hundreds of Indians were Christianized and educated.
Erected by Chickamauga Chapter Daughters of the American Revolution. 1924

Erected 1924 by Daughters of the American Revolution, Chickamauga Chapter.

Topics and series. This historical marker is listed in this topic list: Native Americans. In addition, it is included in the Daughters of the American Revolution series list.

Other nearby markers. At least 8 other markers are within 3 miles of this marker, measured as the crow flies. Brainerd Mission (within shouting distance of this marker); Civil War in Tennessee (approx. 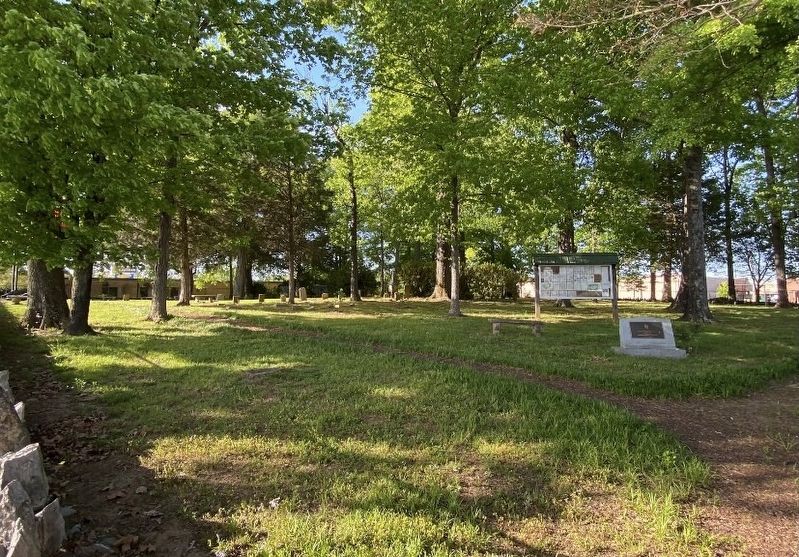