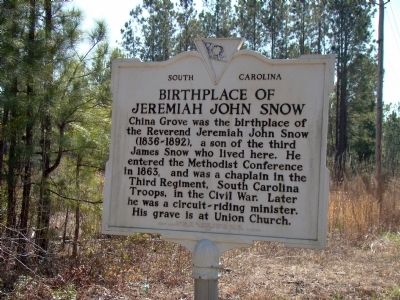 Birthplace of Jeremiah John Snow. China Grove was the birthplace of the Reverend Jeremiah John Snow (1836–1892), a son of the third James Snow who lived here. He entered the Methodist Conference in 1863, and was a chaplain in the Third Regiment, South Carolina Troops, in the Civil War. Later he was a circuit-riding minister. His grave is at Union Church.

China Grove Plantation. China Grove, located on the Old Stage Road to Indiantown, near its junction with the Britton’s Ferry Road, was for many years the home of the Snow family. The eighteenth century plantation house has been restored. Its construction is attributed to James Snow (1730–1793), whose grandfather, Dr. Nathaniel Snow, came to South Carolina in 1697.

Topics and series. This historical marker is listed in these topic lists: Agriculture • Cemeteries & Burial Sites 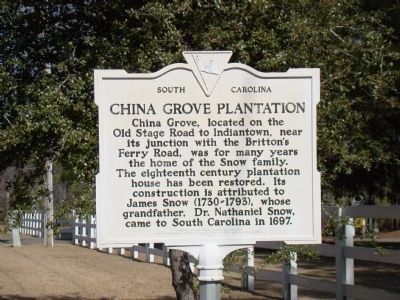 Click or scan to see
this page online
• Churches & Religion • Settlements & Settlers • War, US Civil. In addition, it is included in the Daughters of the American Colonists series list. A significant historical year for this entry is 1863.

Location. 33° 37.122′ N, 79° 24.368′ W. Marker is near Georgetown, South Carolina, in Georgetown County. Marker is at the intersection of Rose Hill Road (Local Route 6) and China Grove Lane (private road), on the left when traveling south on Rose Hill Road. Touch for map. Marker is in this post office area: Georgetown SC 29440, United States of America. Touch for directions. 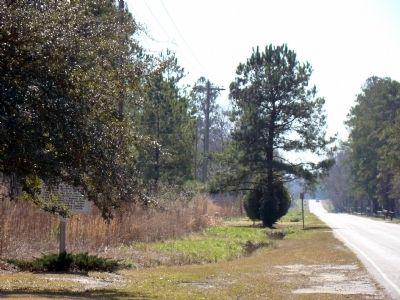 Photographed By J. J. Prats, February 21, 2009
3. Marker Hiding Behind the Tree
Marker is just south of the plantation gate, and is easy to miss if you are traveling south.
China Grove Plantation is in the National Register of Historic Places. It is privately owned. Do not trespass or disturb the residents. 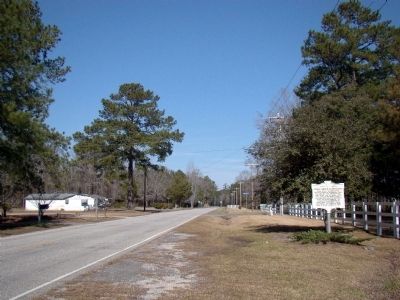 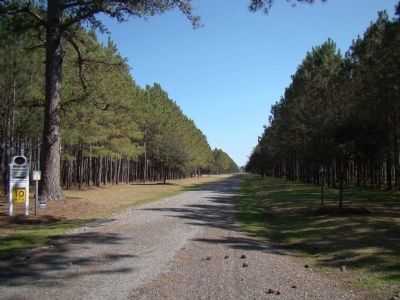 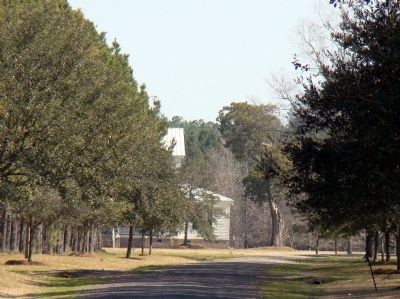 Editor’s want-list for this marker. Photos of the Plantation • Can you help?
Share this page.