Approximate Location of the Missions 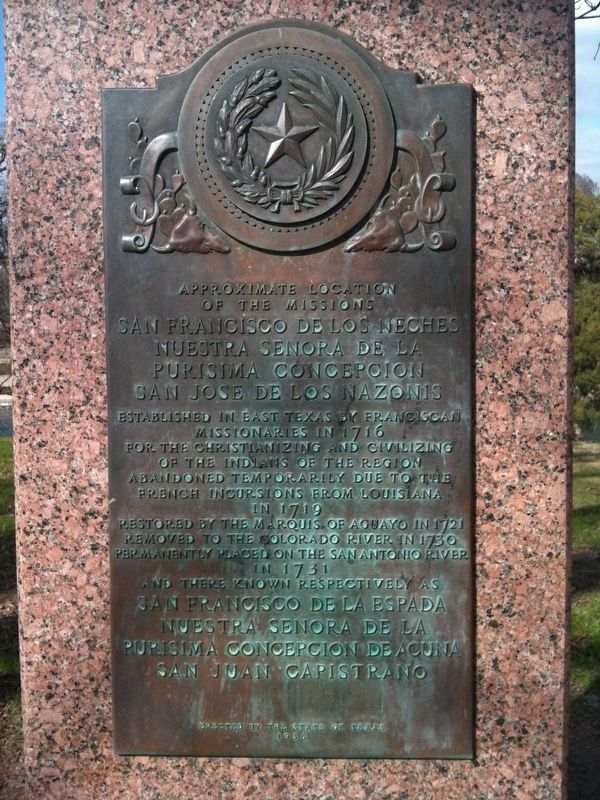 1. Approximate Location of the Missions Marker
Inscription.
Approximate Location of the Missions. . . . Approximate location of the Missions . San Francisco de Los Neches . Nuestra Senora de la Purisma Concepcion . San Jose de los Nazonis . . Established in East Texas by Franciscan missionaries in 1716 for the Christianizing and civilizing of the Indians of the region . . Abandoned temporarily due to the French incursions from Louisiana in 1719 . . Restored by the Marquis of Aguayo in 1721 . . Removed to the Colorado River in 1730 . . Permanently placed on the San Antonio River in 1731 and there known respectively as . San Francisco de la Espada . Nuestra Senora de la Purisima Concepcion de Acuña . San Juan Capistrano . . Erected by the State of Texas 1936 . This historical marker was erected in 1936 by State of Texas. It is in Austin in Travis County Texas

Abandoned temporarily due to the French incursions from Louisiana in 1719

Restored by the Marquis of Aguayo in 1721

Removed to the Colorado River in 1730 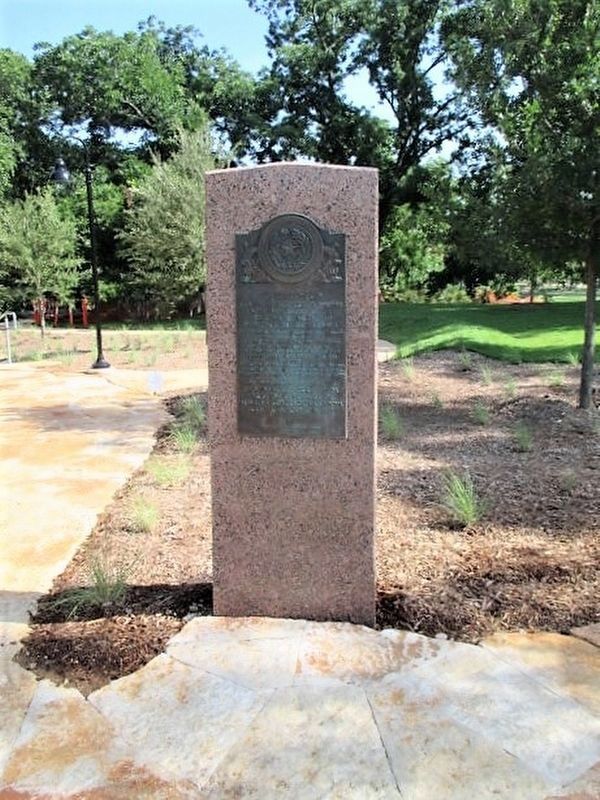 By Bob Ward, July 8, 2014
2. Approximate Location of the Missions Marker
30° 15.782′ N, 97° 46.211′ W. Marker is in Austin, Texas, in Travis County. Marker can be reached from Barton Hills Drive west of Azie Morton Road, on the right when traveling west. The marker is inside the south gate entrance to Barton Springs Pool. Cameras are generally not allowed inside the pool area. Touch for map. Marker is in this post office area: Austin TX 78704, United States of America. Touch for directions.

Also see . . .
1. Where are the Spanish missions on the Colorado River?. Recent newspaper article by Michael Barnes discussing whether this is indeed the actual location of the missions. (Submitted on January 23, 2021, by Richard Denney of Austin, Texas.)

2. Commission of control for Texas centennial celebrations. More information and early photos of this marker and others is available in this publication: Schoen, H. Monuments erected by the state of Texas to commemorate the centenary of Texas 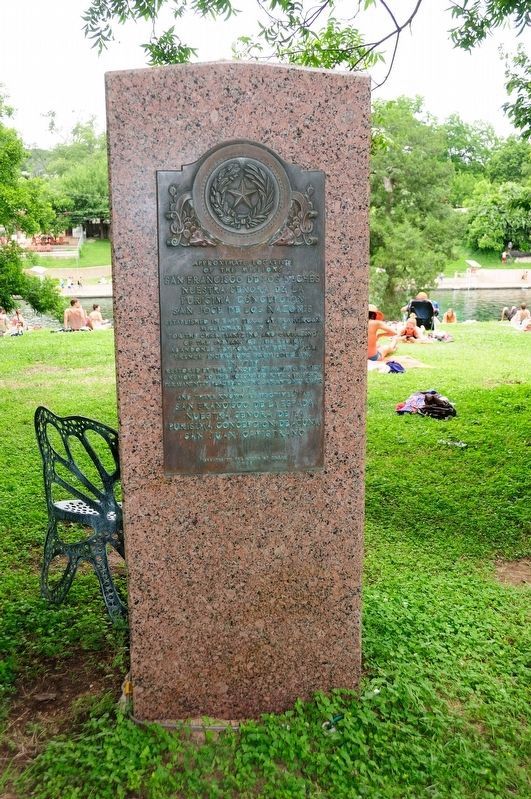