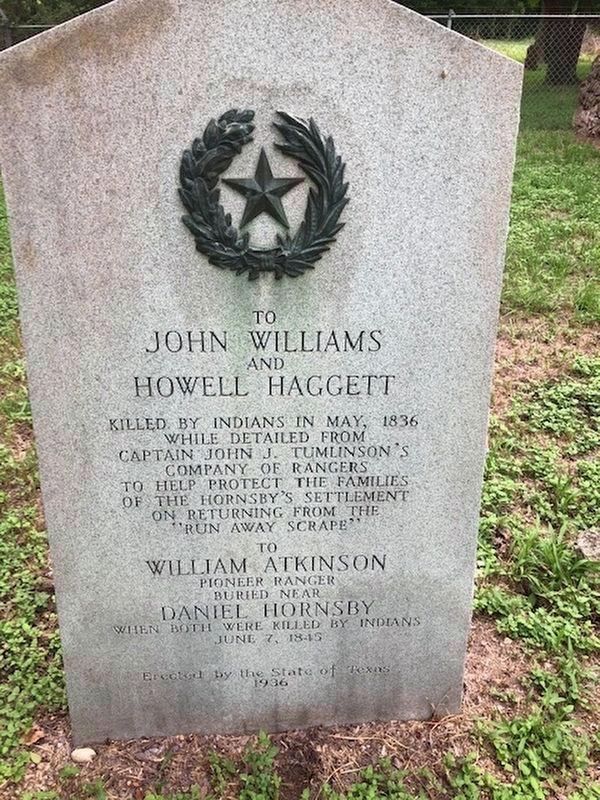 To John Williams and Howell Haggett
Killed by Indians in May, 1836 while detailed from Captain John J. Tumlinson’s company of Rangers to help protect the families of the Hornsby’s settlement on returning from the “Run Away Scrape”

To William Atkinson
Pioneer Ranger buried near Daniel Hornsby when both were killed by Indians June 7, 1845

Topics and series. This historical marker is listed in these topic lists: Cemeteries & Burial Sites • Native Americans • Settlements & Settlers. In addition, it is included in the Texas 1936 Centennial Markers and Monuments series list.

Location. 30° 15.348′ N, 97° 37.34′ W. Marker is in Austin, Texas, in Travis County. Marker can be reached from Unnamed Road south of Local Route 969 when traveling south. The marker is located in the Hornsby Cemetery, south of 969. Touch for map. Marker is in this post office area: Austin TX 78725, United States of America. Touch for directions.

Other nearby markers. At least 8 other markers are within 5 miles of this marker, measured as the crow flies. Josephus Hornsby (here, next to this 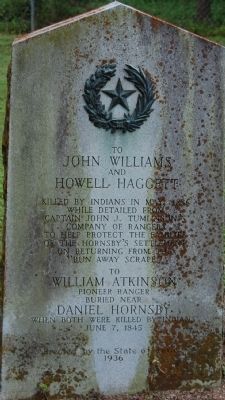 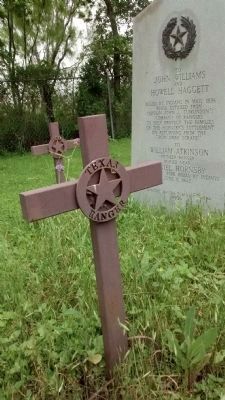 By Richard Denney, April 11, 2015
3. John Williams and Howell Haggett Marker
In Hornsby Cemetery graves of Texas Rangers are marked (in addition to the grave marker) with a metal cross stating "Texas Ranger". 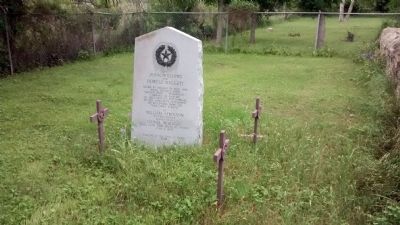 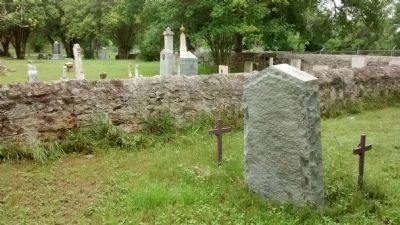