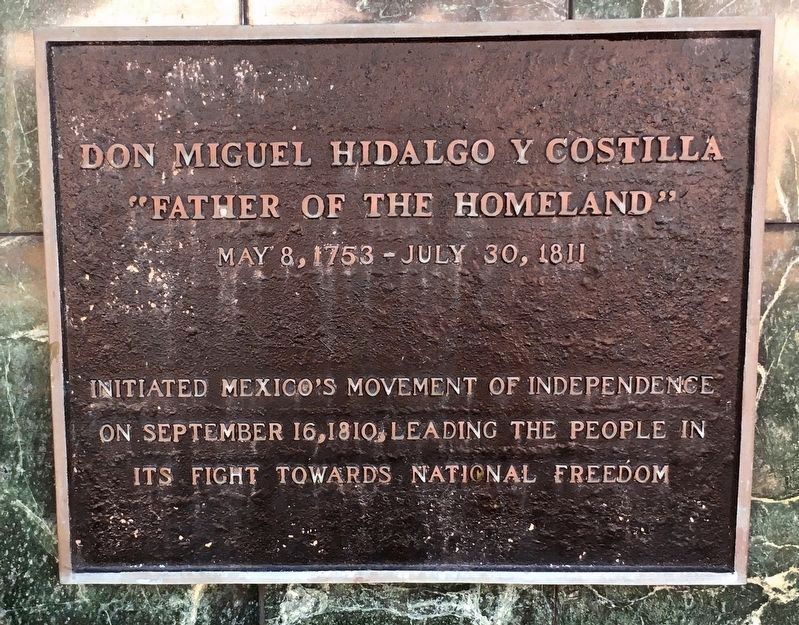 Initiated Mexico’s movement of independence on September 16, 1810, leading the people in its fight towards national freedom.

On behalf of the Mexican community of Central Florida, to the people and the City of Orlando on this, the 15th day of September, 1996, date of the first commemoration of Mexico Independence Day.
Javier Pinedo, Aircon, Luis G. Campos, Tupperware Americas, Luis y Gabriela Casado, the unknown Mexican worker. 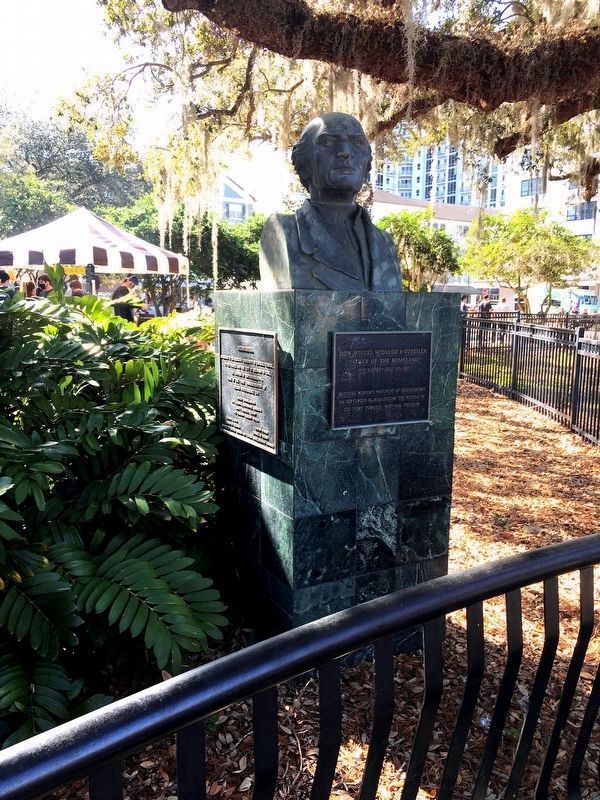 By Brandon D Cross, January 31, 2021
2. Don Miguel Hidalgo y Costilla Marker
be reached from the intersection of North Eola Drive and East Central Boulevard. The marker is located on the southeast side of Lake Eola Park. Touch for map. Marker is in this post office area: Orlando FL 32801, United States of America. Touch for directions. 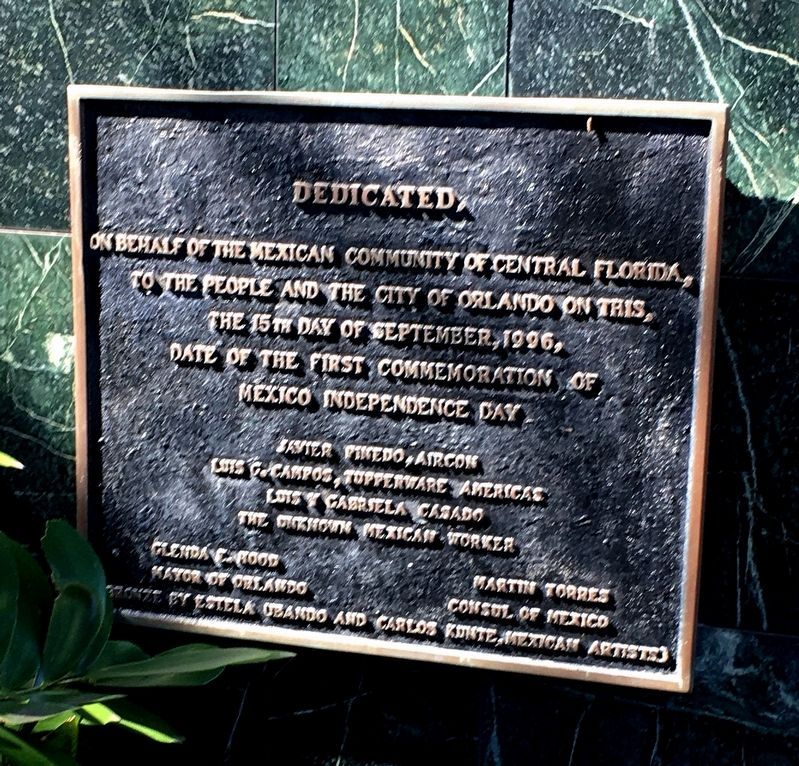