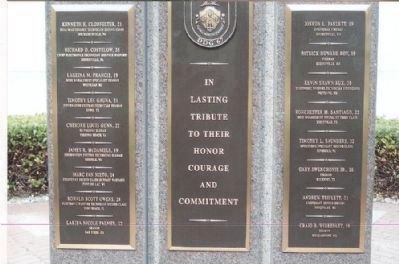 In lasting tribute to their honor, courage and commitment: 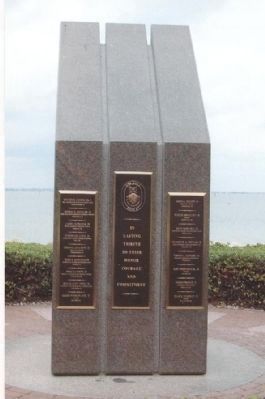 Location. 36° 57.321′ N, 76° 18.835′ W. Marker is in Norfolk, Virginia. Marker can be reached from Hughes Drive, 0.2 miles east of Maryland Avenue, on the left when traveling east. The memorial is north of the Naval Station golf course between Hughes Drive and Willoughby Bay. Touch for map. Marker is in this post office area: Norfolk VA 23511, United States of America. Touch for directions.

Other nearby markers. At least 8 other markers are within 2 miles of this marker, measured as the crow flies. USS Cole DDG 67 (within shouting distance of this marker); Virginia and Monitor (about 400 feet away, measured in a direct line); We remember turret two ... (about 500 feet away); Birthplace of Naval Aviation (approx. 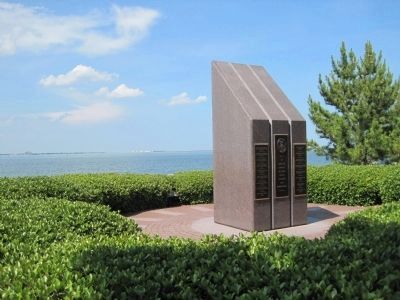 More about this memorial. To visit, enter the U.S. Naval Station via Gate Two from Hampton Blvd/VA Rte. 337. Obtain visitor/vehicle passes as required, and follow Maryland Ave. (i.e. the extension of Hampton Blvd inside the base) to its end. Turn east on Hughes Drive to the Cole Memorial parking area, and follow the foot path along the waterfront to the memorial. 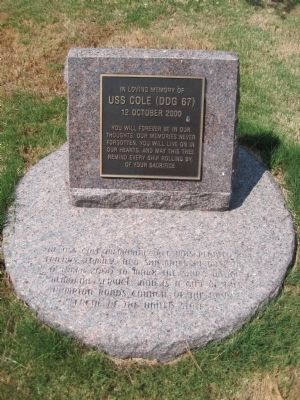 Photographed By Kevin W., July 18, 2010
4. USS Cole (DDG 67) Memorial Marker
In loving memory of
USS Cole (DDG 67)
12 October 2000
You will forever be in our thoughts, our memories never forgotten, you will live on in our hearts, and may this tree remind every ship rolling by, of your sacrifice.
The USS Cole Memorial Tree was planted by friends, family, and shipmates at dusk on 18 October 2000 to mark the ship's national memorial service, and is a gift of the Hampton Roads Council of the Navy League of the United States. 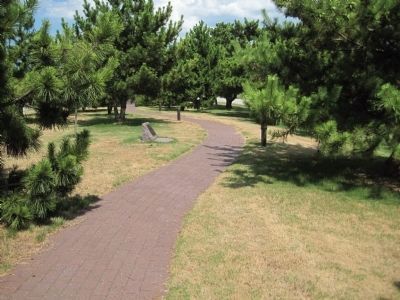