Site of the Home of Antonio Gil y Barbo 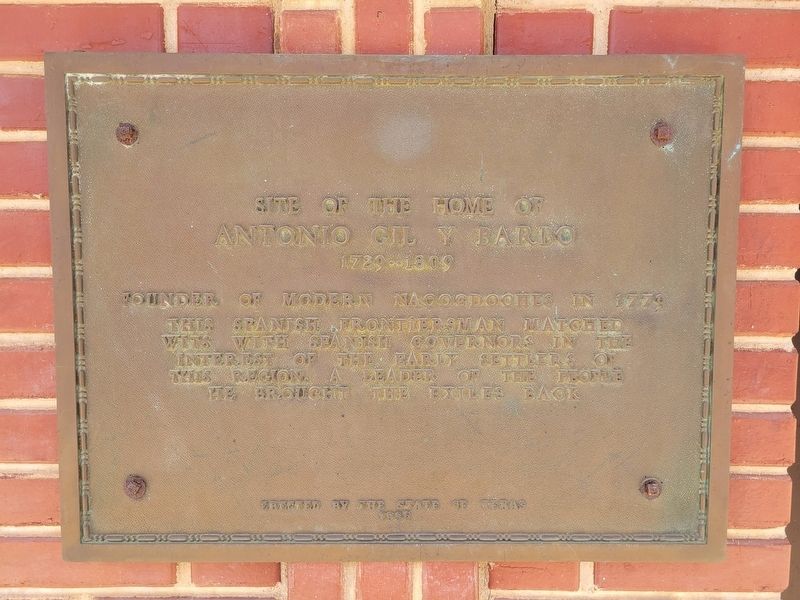 Founder of modern Nacogdoches in 1779.

This Spanish frontiersman matched wits with Spanish governors in the interest of the early settlers of this region. A leader of the people, he brought the exiles back.

Topics and series. This historical marker is listed in these topic lists: Colonial Era • Hispanic Americans • Settlements & Settlers. In addition, it is included in the Texas 1936 Centennial Markers and Monuments series list. A significant historical year for this entry is 1779. 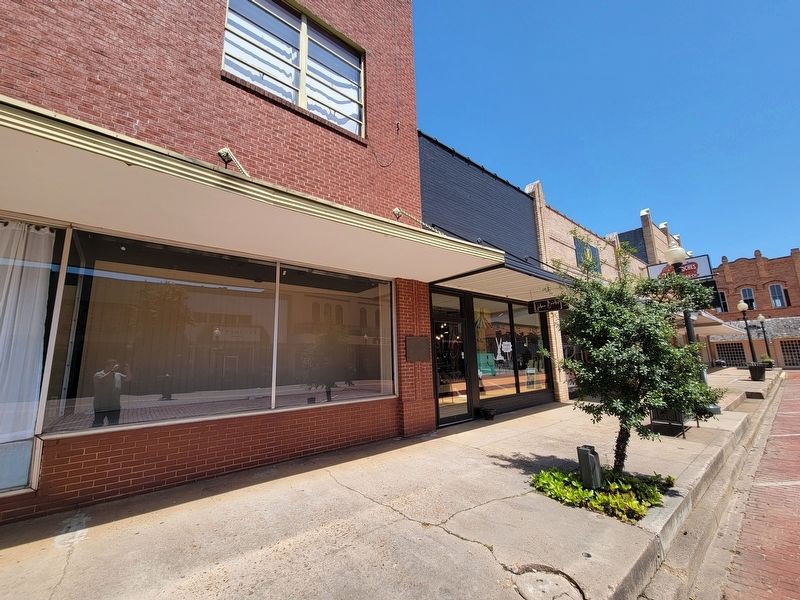