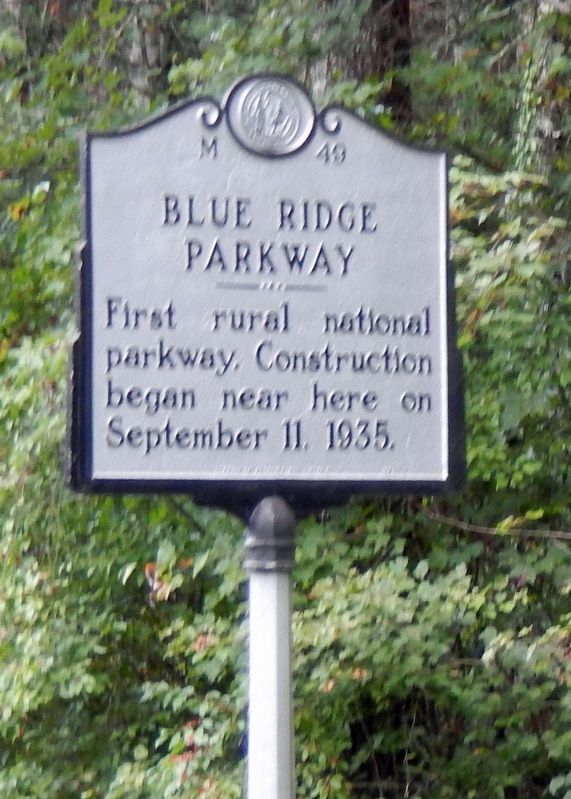 Topics and series. This historical marker is listed in these topic lists: Charity & Public Work • Parks & Recreational Areas • Roads & Vehicles. In addition, it is included in the Blue Ridge Parkway series list. A significant historical date for this entry is September 11, 1935.

Location. 36° 33.599′ N, 80° 54.66′ W. Marker is near Ennice, North Carolina, in Alleghany County. Marker is on Blue Ridge Parkway (at milepost 217), 0.3 miles north of North Carolina Route 18, on the right when traveling north. Marker is about 300 yards south of the Virginia/North Carolina state line. Touch for map. Marker is in this post office area: Ennice NC 28623, United States of America. Touch for directions.

Other nearby markers. At least 8 other markers are within 8 miles of this marker, measured as the crow flies. Grayson County Virginia / North Carolina (approx. 0.7 miles away in Virginia); Fox Hunters Paradise (approx. 1.3 miles away); Jesse Franklin (approx. 4½ miles away); 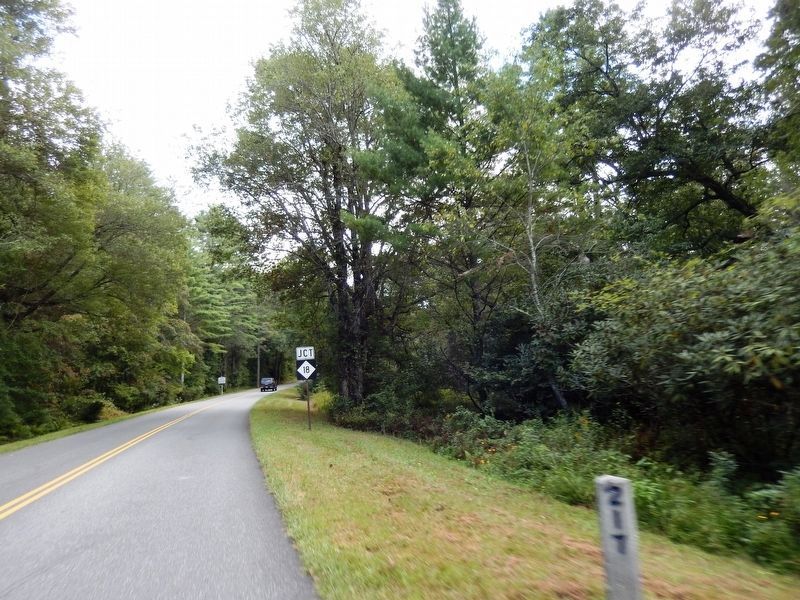 Also see . . .
1. The Blue Ridge Parkway. Contracts were awarded in August, 1935 and, on September 11, work began on a section extending southward from the North Carolina-Virginia line. Workers were secured from the unemployment rolls of Alleghany County as provided for in the Parkway legislation’s relief provisions. In 1985 ceremonies marking the fiftieth anniversary of the Parkway drew 7,500 people to Cumberland Knob. (Submitted on April 23, 2021, by Cosmos Mariner of Cape Canaveral, Florida.)

2. Blue Ridge Parkway History. Actual construction of the Parkway didn’t begin until late in 1935, although the plan had been in the works for the two years prior. At that time, President Franklin D. Roosevelt had visited Virginia’s first Civilian Conservation Corps camp while they were working on the Skyline Drive through Shenandoah National Park. Liking what he saw, he soon approved 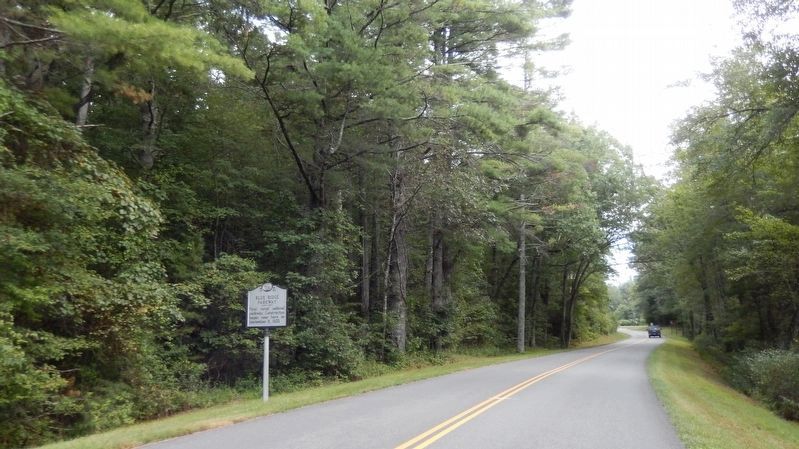