Eleventh flag to fly over Oklahoma 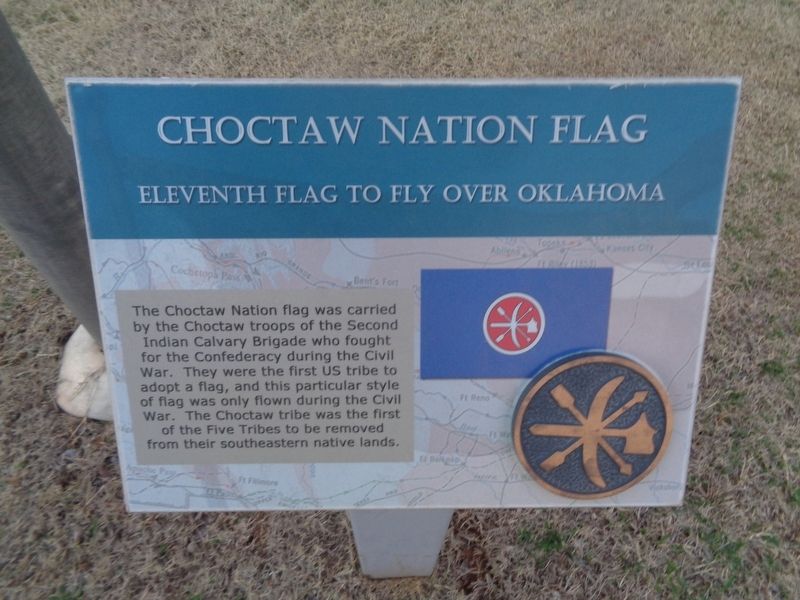 By Jason Voigt, April 9, 2021
1. Choctaw Nation Flag Marker
Inscription.
Choctaw Nation Flag. Eleventh flag to fly over Oklahoma. The Choctaw Nation flag was carried by the Choctaw troops of the second Indian Cavalry Brigade who fought for the Confederacy during the Civil War. They were the first US tribe to adopt a flag, and this particular style of flag was only flown during the Civil War. The Choctaw tribe was the first of the Five Tribes to be removed from their southeastern native lands. . This historical marker was erected by OGE Energy Corp.. It is in Oklahoma City in Oklahoma County Oklahoma

Topics. This historical marker is listed in these topic lists: Native Americans • War, US Civil. 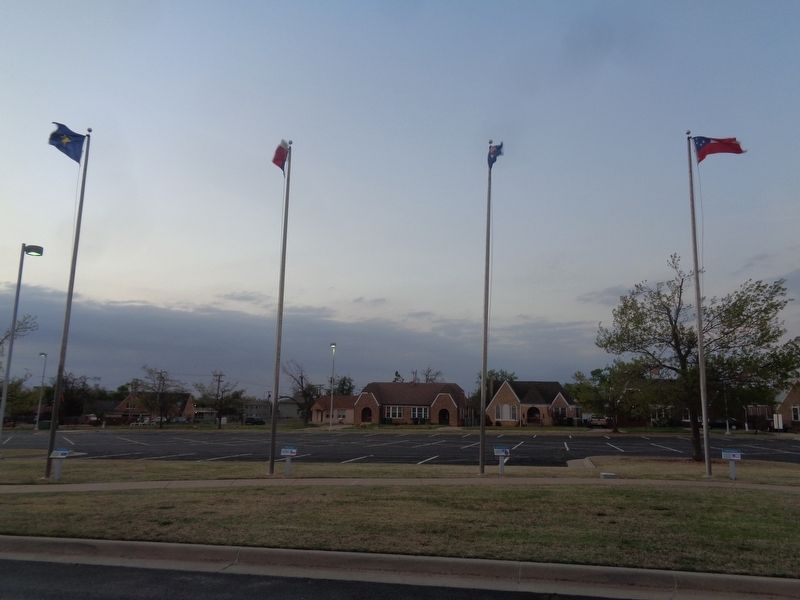