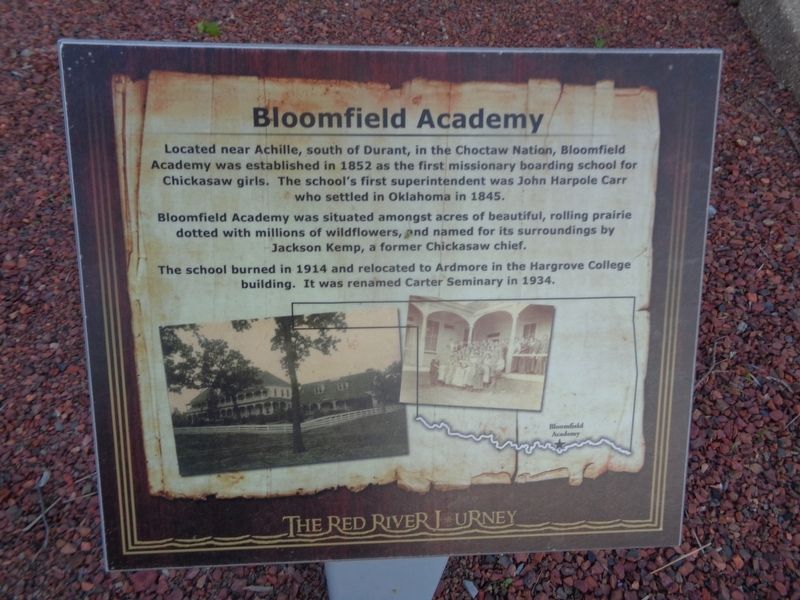 Located near Achille, south of Durant, in the Choctaw Nation, Bloomfield Academy was established in 1852 as the first missionary boarding school for Chickasaw girls. The school's first superintendent was John Harpole Carr who settled in Oklahoma in 1845.

Bloomfield Academy was situated amongst acres of beautiful, rolling prairie dotted with millions of wildflowers, and named for its surroundings by Jackson Kemp, a former Chickasaw chief.

The school burned in 1914 and relocated to Ardmore in the Hargrove College building. It was renamed Carter Seminary in 1934.

Topics. This historical marker is listed in these topic lists: Education • Native Americans • Settlements & Settlers • Women. A significant historical year for this entry is 1852. 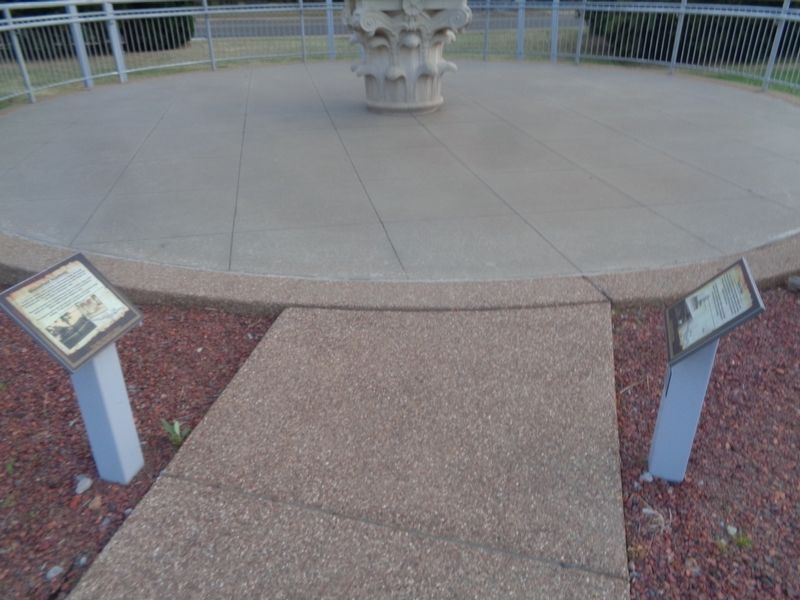 By Jason Voigt, April 9, 2021
2. Bloomfield Academy Marker
Marker is on the left.