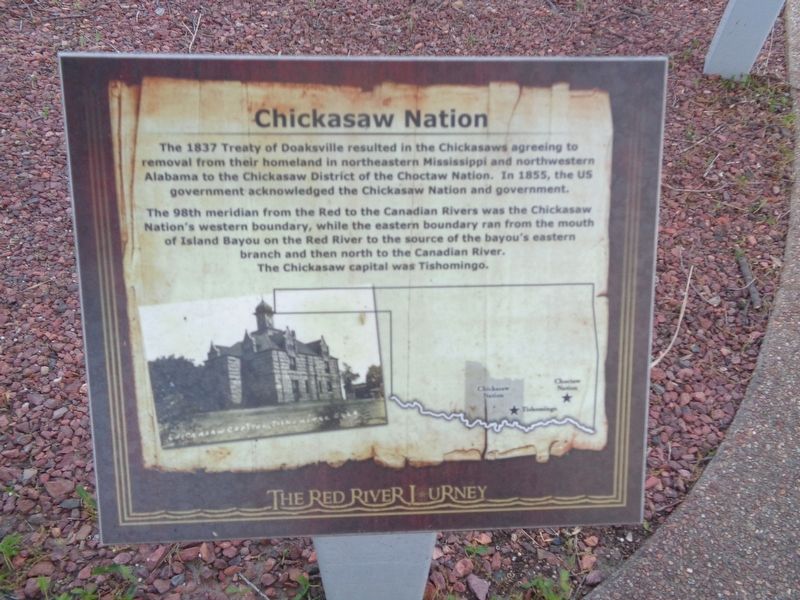 The 1837 Treaty of Doaksville resulted in the Chickasaws agreeing to removal from their homeland in northeastern Mississippi and northwestern Alabama to the Chickasaw District of the Choctaw Nation. In 1855, the US government acknowledged the Chickasaw Nation and government.

Topics. This historical marker is listed in these topic lists: Native Americans • Waterways & Vessels. A significant historical year for this entry is 1837. 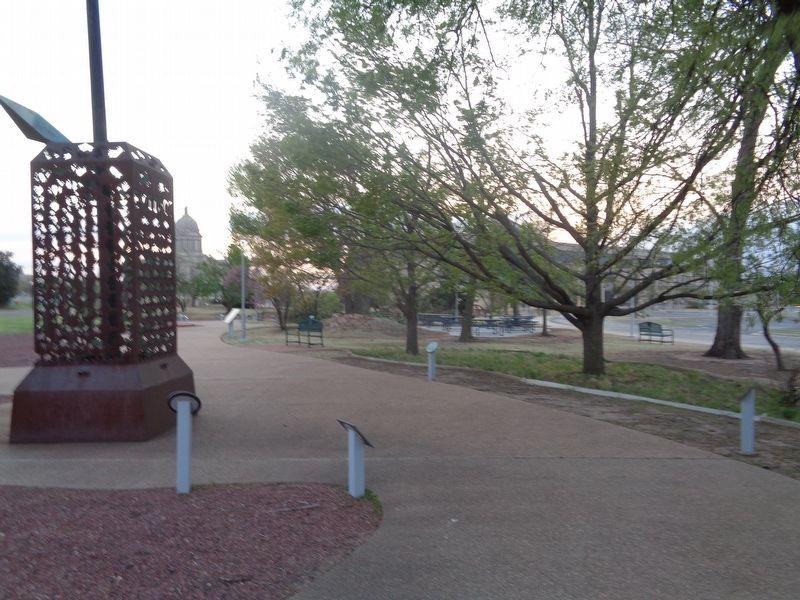 Photographed By Jason Voigt, April 9, 2021
2. Chickasaw Nation Marker
Marker is the square-shaped marker in the front