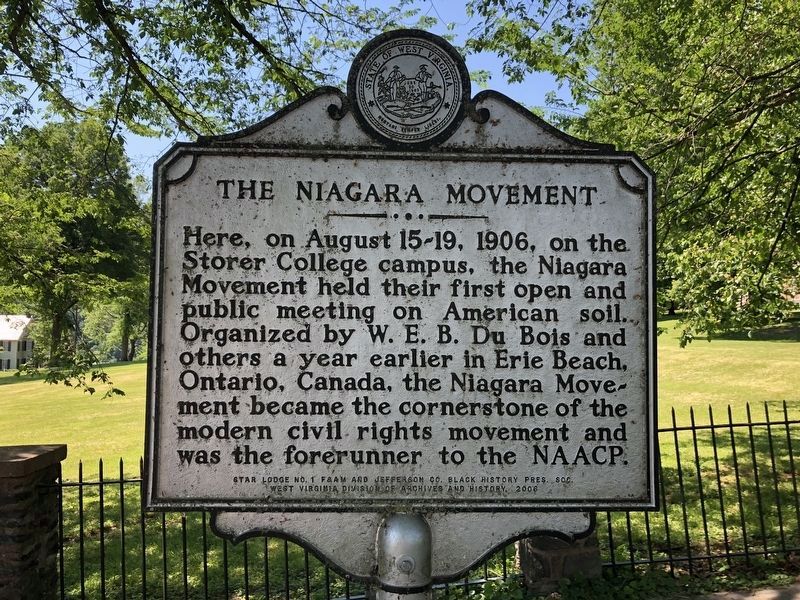 Here, on August 15-19, 1906, on the Storer College campus, the Niagara Movement held their first open and public meeting on American soil. Organized by W.E.B. Du Bois and others a year earlier in Erie Beach, Ontario, Canada, the Niagara Movement became the cornerstone of modern civil rights movement and was the forerunner of the NAACP.

Topics and series. This historical marker is listed in these topic lists: African Americans • Civil Rights. In addition, it is included in the Historically Black Colleges and Universities 🎓, and the West Virginia Archives and History series lists. A significant historical year for this entry is 1906.

Other nearby markers. At least 8 other markers are within walking distance of this marker. Foundations of Freedom (a few steps from this marker); Storer College Veterans Memorial Gate 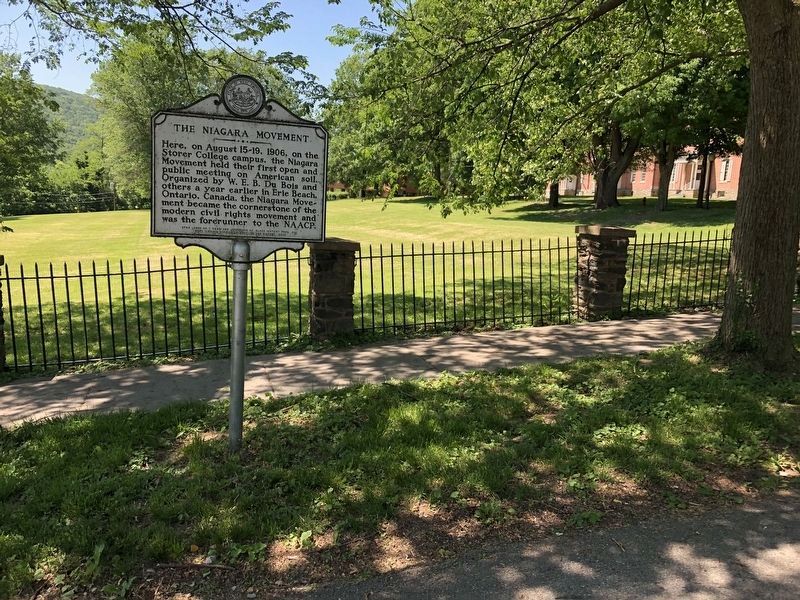 Also see . . .  The Niagara Movement. Photos of the movement and the resolutions passed at Harpers Ferry. (Submitted on October 13, 2007, by Craig Swain of Leesburg, Virginia.) 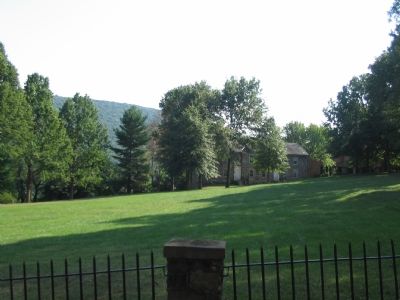 By Craig Swain, September 22, 2007
3. Camp Hill
While some of the original buildings from Storer College have passed with time, several remain that date to the time of the Niagara Movement meeting in 1909. Camp Hill, used during the Civil War as a marshaling area by both Federals and Confederates. The open field was transferred from the government to the college in 1869 along with several old Harpers Ferry armory buildings.
Credits. This page was last revised on May 22, 2021. It was originally submitted on October 13, 2007, by Craig Swain of Leesburg, Virginia. This page has been viewed 3,094 times since then and 29 times this year. Last updated on May 21, 2021, by Bradley Owen of Morgantown, West Virginia. Photos:   1, 2. submitted on May 21, 2021, by Devry Becker Jones of Washington, District of Columbia.   3. submitted on October 13, 2007, by Craig Swain of Leesburg, Virginia. • J. Makali Bruton was the editor who published this page.
Share This Page.