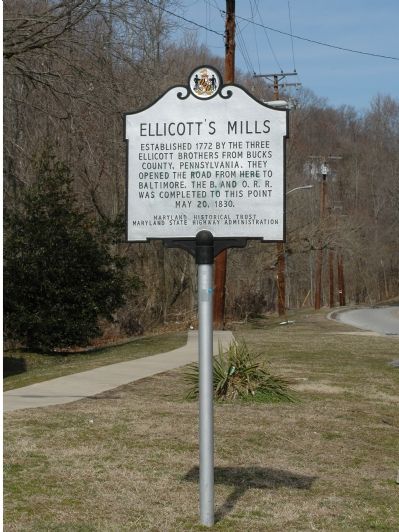 By Tom Fuchs, February 25, 2006
1. Ellicott's Mills Marker
Inscription.
Ellicott’s Mills. . Established 1772 by the three Ellicott brothers from Bucks County, Pennsylvania. They opened the road from here to Baltimore. The B. and O. R. R. was completed to this point May 20, 1830. . This historical marker was erected by Maryland Historial Trust and The Maryland State Highway Administration. It is Near Ellicott City in Baltimore County Maryland

Established 1772 by the three Ellicott brothers from Bucks County, Pennsylvania. They opened the road from here to Baltimore. The B. and O. R. R. was completed to this point May 20, 1830.

Topics and series. This historical marker is listed in these topic lists: Colonial Era • Industry & Commerce • Railroads & Streetcars • Roads & Vehicles. In addition, it is included in the Baltimore and Ohio Railroad (B&O) 🚂 series list. A significant historical date for this entry is May 20, 1830.

Other nearby markers. At least 5 other markers are within walking distance of this marker. Oella (here, next to this marker); Up This Winding Road Lies the Village of Oella 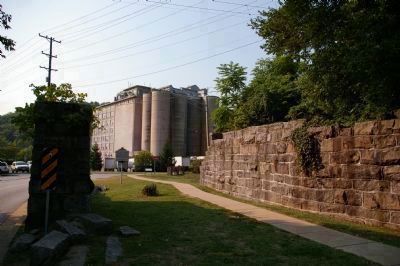 More about this marker. An earlier version of this marker, with identical text, was titled Ellicott's Mill. It was erected in 1934 by the Maryland State Roads Commission. 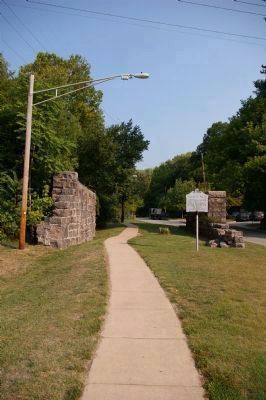 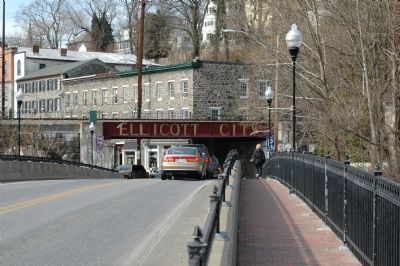 By Tom Fuchs, February 25, 2006
4. View of the Patapsco River Bridge Approaching Ellicott City
The B&O Railroad overpass with "Ellicott City" in big letters forms a grand portal. The old railroad station is just out of frame on the left. 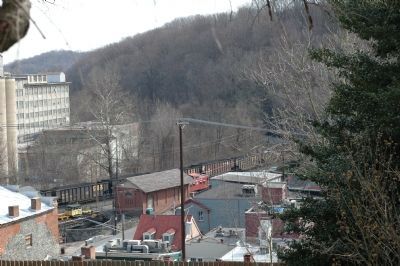 By Tom Fuchs
5. The Heights Above Ellicott City
Looking East. Note the coal train, which is heading east toward Baltimore. 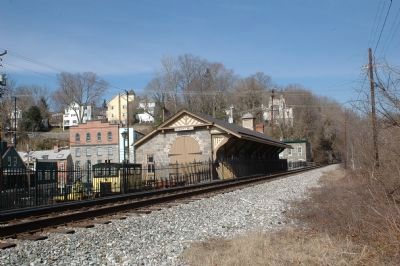 By Tom Fuchs
6. B&O Railroad Station
This is now a museum. 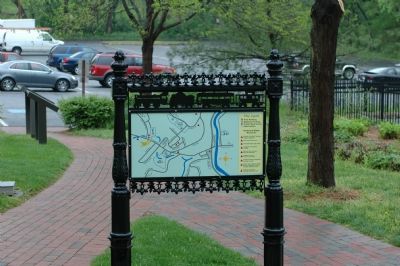 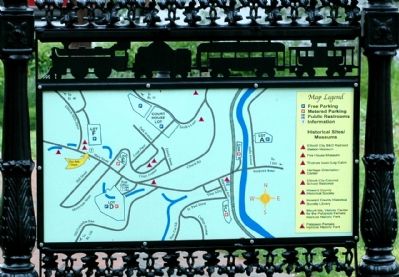