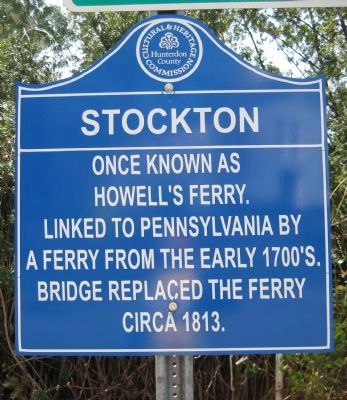 By Alan Edelson, April 2, 2009
1. Stockton Marker
Inscription.
Stockton. . Once known as Howell's Ferry. Linked to Pennsylvania by a ferry from the early 1700's. Bridge replaced the ferry circa 1813. . This historical marker was erected by Hunterdon County Cultural and Heritage Commission. It is in Stockton in Hunterdon County New Jersey

Once known as Howell's Ferry. Linked to Pennsylvania by a ferry from the early 1700's. Bridge replaced the ferry circa 1813.

Topics and series. This historical marker is listed in these topic lists: Colonial Era • Settlements & Settlers • Waterways & Vessels. In addition, it is included in the New Jersey, Hunterdon County Cultural and Heritage Commission series list. 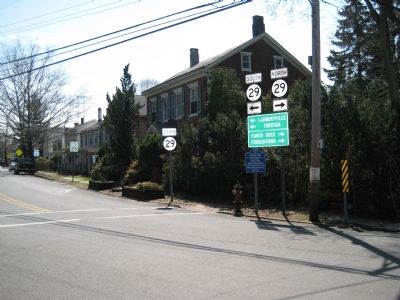 Also see . . .  The Stockton Name. Stockton is located along the Delaware River north of Lambertville. The community was first known as Reading Ferry and later as Howell’s Ferry. The name was changed to Centre Bridge Station to match the name of the post office and hamlet on the Pennsylvania side of the river. The name became Stockton with the creation of a local post office in 1851. The town was named in honor of U.S. Senator Robert Field Stockton, who was instrumental in the creation of the Delaware and Raritan Canal. The Borough was incorporated in 1898, having been separated from Delaware Township. (Submitted on March 10, 2019, by Suzanne Wheeler of Newtown, Pennsylvania.) 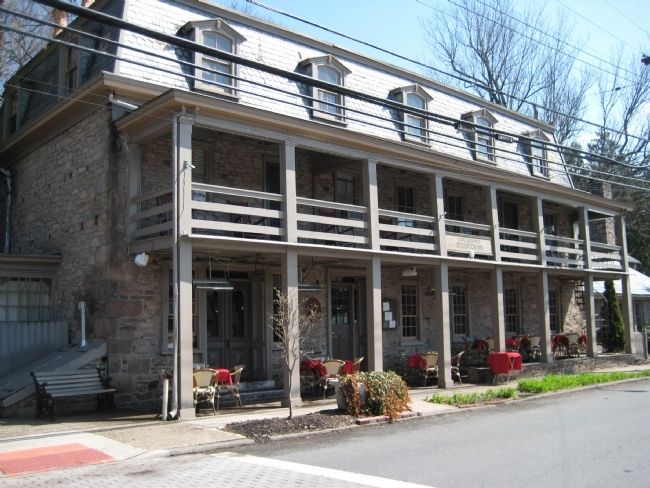