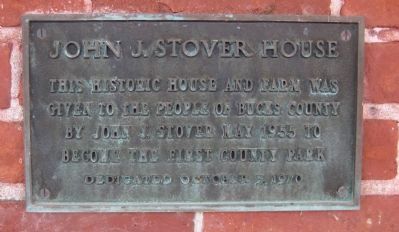 This histric house and farm was given to the people of Bucks County by John J. Stover, May 1955, to become the first county park. 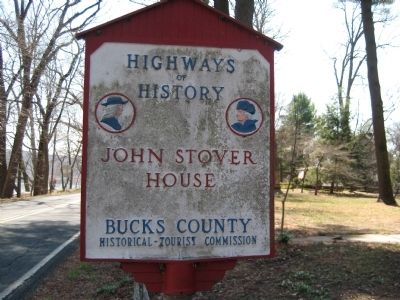 Regarding John J. Stover House. The house is an 1800 Federal-Style structure with additions added in 1840 and 1860. The land on which the house sits was purchased by Arthur Erwin, an Irish immigrant, in 1761. William Erwin, Arthur's son, built the oldest part of the house in 1800. William's daughter inherited the house, and when she died in 1846, the house was purchased by Henry Stover, a miller, for around $8,800. Stover's son Jacob added the last addition to the house in the 1860s. It remained in the Stover family until the late 1950s when the house, and its 126 surrounding acres, was donated to the county to become the County's first park (Tinicum County Park). 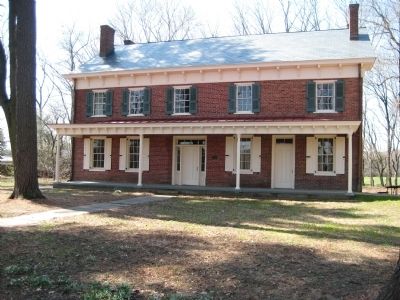 By Alan Edelson, April 2, 2009
3. John J. Stover House and Marker
Marker is located on the house to the right of the front door. 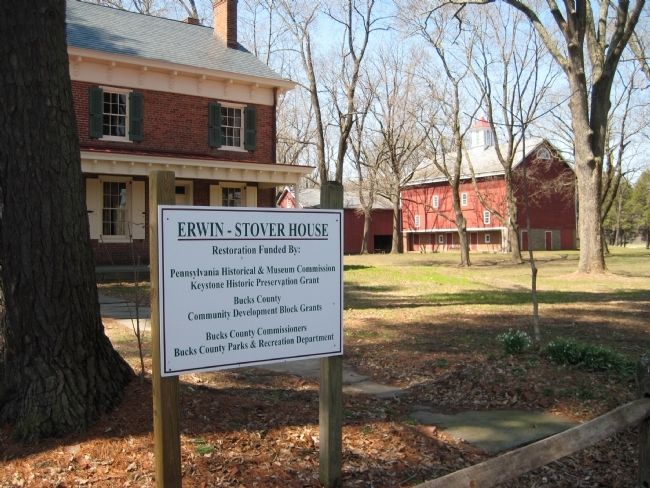