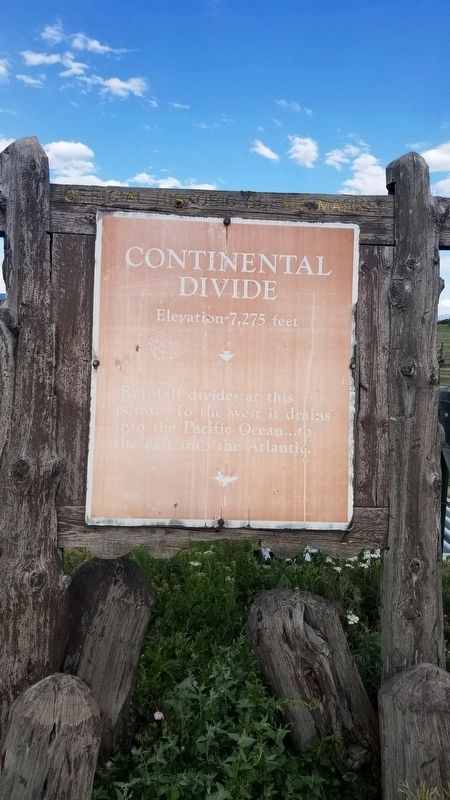 Photographed By James Hulse, July 3, 2021
1. Continental Divide Marker
Inscription.
Continental Divide. Elevation - 7,275 feet. , Rainfall divides at this point. To the west it drains into the Pacific Ocean...to the east into the Atlantic. . This historical marker was erected by New Mexico Historic Preservation Division. It is Near Chama in Rio Arriba County New Mexico

Rainfall divides at this point. To the west it drains into the Pacific Ocean...to the east into the Atlantic.

A continental divide is 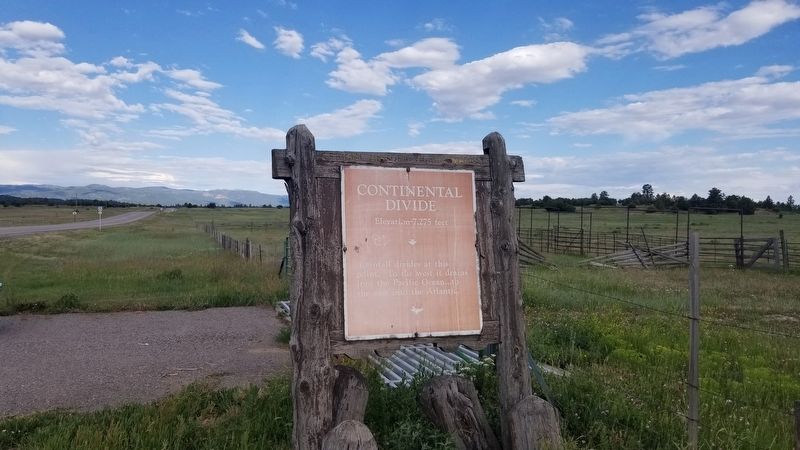 Photographed By James Hulse, July 3, 2021
2. Looking toward the east of the Continental Divide Marker

Click or scan to see
this page online
a drainage divide on a continent such that the drainage basin on one side of the divide feeds into one ocean or sea, and the basin on the other side either feeds into a different ocean or sea, or else is endorheic, not connected to the open sea. Every continent on earth except Antarctica (which has no known significant, definable free-flowing surface rivers) has at least one continental drainage divide; islands, even small ones like Killiniq Island on the Labrador Sea in Canada, may also host part of a continental divide or have their own island-spanning divide. Source: Wikipedia 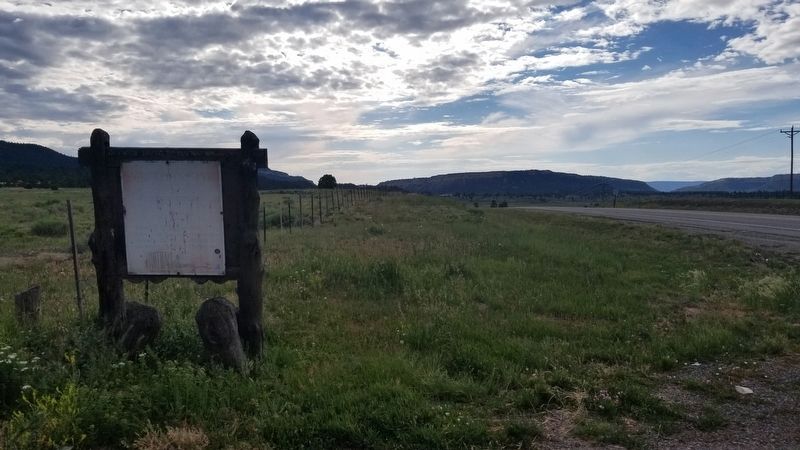