I will lift up mine eyes unto the hills 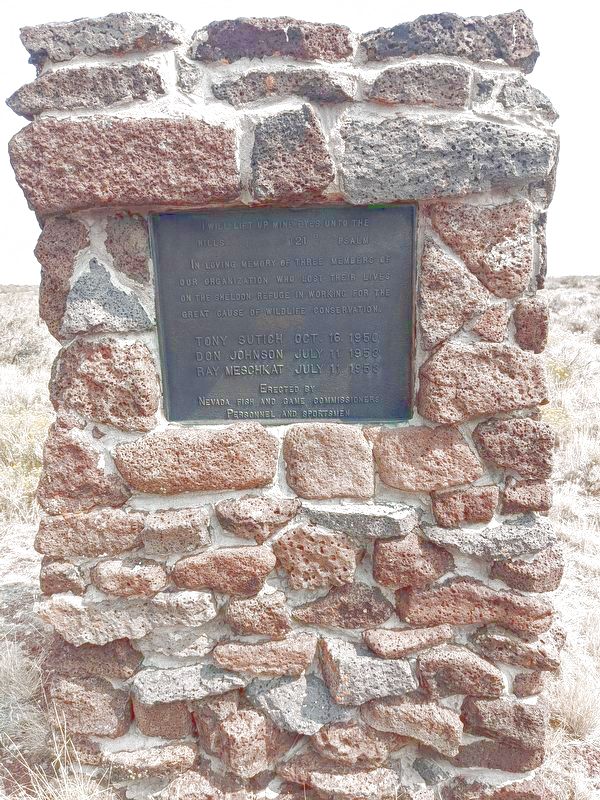 In loving memory of three members of our organization who lost their lives on the Sheldon Refuge in working for the great cause of wildlife conservation.

Erected by Nevada Fish and Game Commissioners Personnel and Sportsmen.

Topics. This historical marker is listed in these topic lists: Animals • Environment • Parks & Recreational Areas. A significant historical date for this entry is July 11, 1953.

Regarding I will lift up mine eyes unto the hills. Tony Sutich, a state big game technician, was engaged in trapping antelope for transplanting throughout the state when he was stricken with a heart ailment on October 16, 1950. 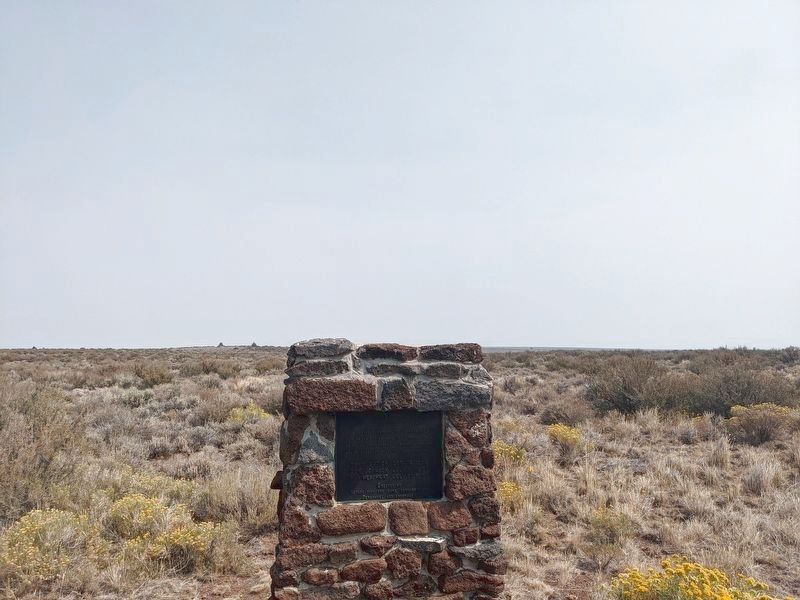