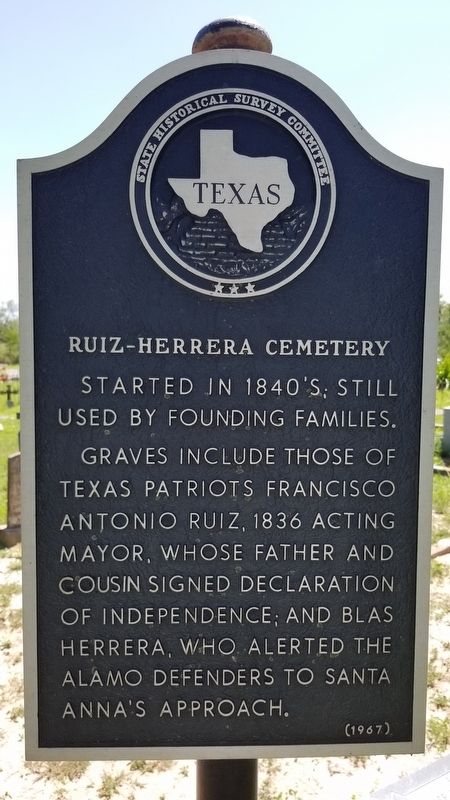 By James Hulse, August 10, 2021
1. Ruiz-Herrera Cemetery Marker
Inscription.
Ruiz-Herrera Cemetery. . Started in 1840's; still used by founding families. Graves include those of Texas patriots Francisco Antonio Ruiz, 1836 acting mayor, whose father and cousin signed Declaration of Independence; and Blas Herrera, who alerted the Alamo defenders to Santa Anna's approach. . This historical marker was erected in 1967 by State Historical Survey Committee. It is in Von Ormy in Bexar County Texas

Started in 1840's; still used by founding families. Graves include those of Texas patriots Francisco Antonio Ruiz, 1836 acting mayor, whose father and cousin signed Declaration of Independence; and Blas Herrera, who alerted the Alamo defenders to Santa Anna's approach.

Topics. This historical marker is listed in these topic lists: Cemeteries & Burial Sites • Hispanic Americans • War, Texas Independence. A significant historical year for this entry is 1836.

Location. 29° 16.34′ N, 98° 36.669′ W. Marker is in Von Ormy, Texas, in Bexar County. Marker can be reached from Quesenberry Road, 1.8 miles south of Somerset Road, on the right when traveling south. The marker stands in the center section of the Cemetery. Touch for map. Marker is at or near this postal address: 15190 Quesenberry Rd, Von Ormy TX 78073, United States of America. Touch for directions. 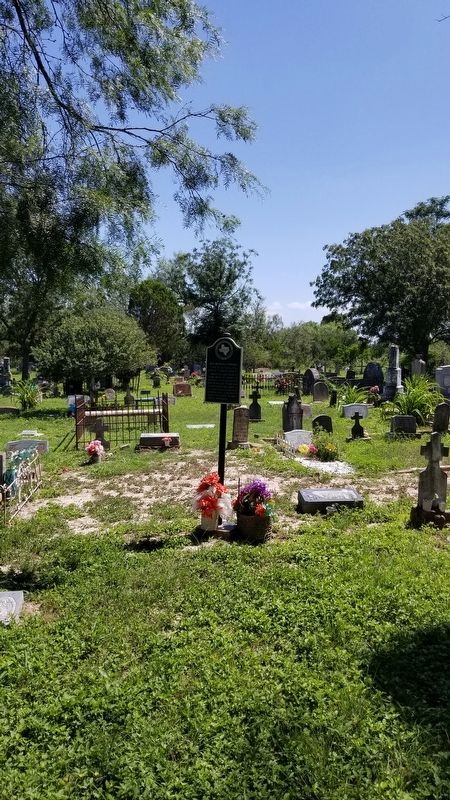 Francisco Antonio was the alcalde of San Antonio during the battle of the Alamo and was held under house arrest until the Alamo fell. He was ordered by Gen. Antonio López de Santa Anna to identify the fallen Alamo leaders and to dispose of the dead. Ruiz left one of the most vivid eye-witness accounts of the fall of the Alamo. Source: The Handbook of Texas

During the siege of Bexar in late 1835, Herrera served under the command of Capt. Juan Nepomuceno Seguín and was a member of the assaulting force on December 5–9, 1835. Early in 1836 Seguín sent him to Laredo to keep surveillance on Mexican troop movements and to report any advance on San Antonio. About the middle of February, Herrera brought the information that Mexican general Antonio López de 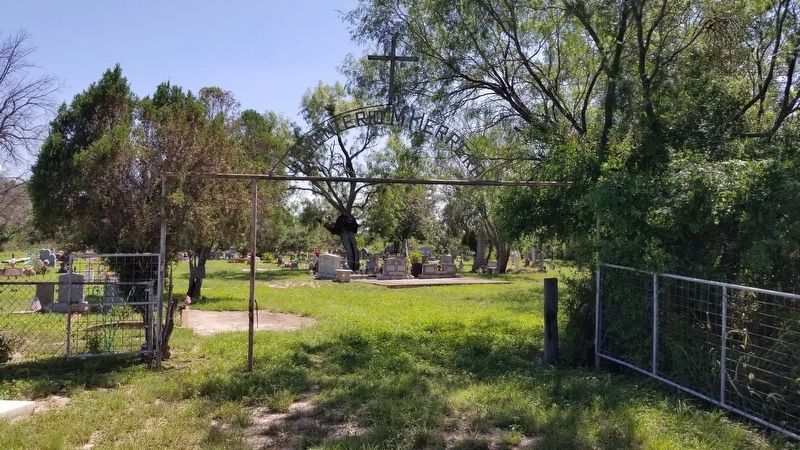 By James Hulse, August 10, 2021
3. The entrance to the Ruiz-Herrera Cemetery
Santa Anna's troops were approaching the city. Herrera's next assignment was to escort and protect José Antonio Navarro and José Francisco Ruiz during their trip to Washington-on-the-Brazos, where they signed the Texas Declaration of Independence on March 2, 1836. Source: The Handbook of Texas