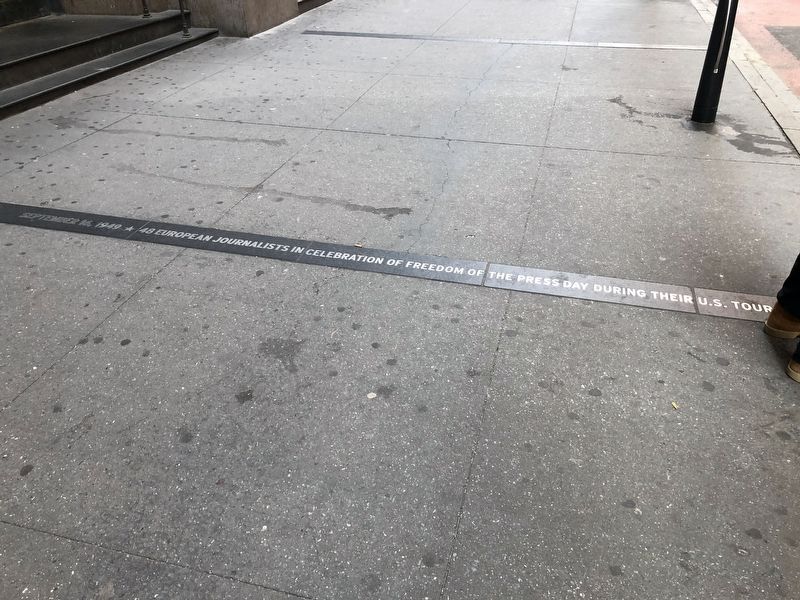 Photographed By Devry Becker Jones (CC0), October 1, 2021
1. September 16, 1949 Marker
Inscription.
September 16, 1949. ★. , 48 European Journalists in celebration of Freedom of the Press Day during their U.S. tour . This historical marker is in Financial District in Manhattan in New York County New York

48 European Journalists in celebration of Freedom of the Press Day during their U.S. tour

Topics and series. This historical marker is listed in these topic lists: Civil Rights • Communications • Notable Events. In addition, it is included in the New York, Broadway - The Canyon of Heroes series list. A significant historical date for this entry is September 16, 1949.