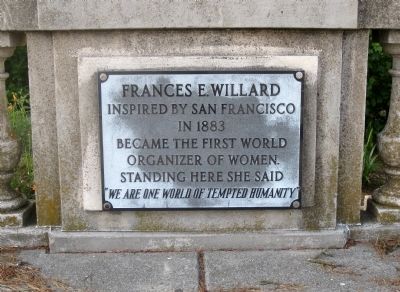 Inspired by San Francisco in 1883
Became the first world organizer of women.
Standing here in 1883 she said
"We are one world of tempted humanity"

Topics. This historical marker is listed in these topic lists: Civil Rights • Women. A significant historical year for this entry is 1883.

Other nearby markers. At least 8 other markers are within walking distance of this marker. Soldiers who Perished in WWII (here, next to this marker); "The Holocaust" (a few steps from this marker); Western Terminus of the Lincoln Highway (within shouting distance of this marker); The Arrival of the First Japanese Naval Ship (about 300 feet away, measured in a direct line); Historic Shipwrecks - Lost at the Golden Gate (approx. 0.3 miles away); China Beach (approx. half a mile away); Electric Streetcar Line (approx. half a mile away); Navigating the Golden Gate - Bonfires, buoys, and foghorns (approx. 0.6 miles away). Touch for a list and map of all markers in San Francisco.

More about this marker. The marker is on the inner side of the balustrade on the ocean side of the parking lot for the California Palace of the Legion of Honor. 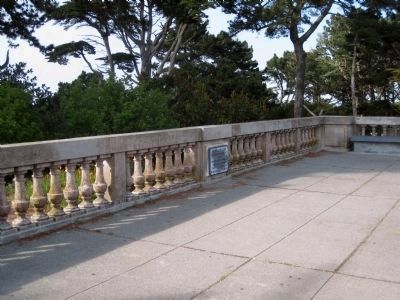 Photographed By Andrew Ruppenstein, April 18, 2009
2. Frances E. Willard Marker - Wide Shot
"But for the intrusion of the sea the shores of China and the Far East would be part and parcel of our own. We are one world of tempted humanity: the mission of the white ribbon women is to organize the motherhood of the world for the peace and purity, the protection and exaltation, of its homes. We must send forth a clear call to our sisters yonder and our brothers, too. We must be no longer hedged about by the artificial boundaries of states and nations; we must utter what good and great men long ago declared as their watchword: The whole world is my parish and to do good my religion." -- Frances E.Willard, San Francisco, 1883


• "Frances E. Willard (1839-1898) was one of the most prominent social reformers in 19th century America. As president of the Woman's Christian Temperance Union from 1879 to 1898, Willard rallied support for temperance as well as many other important reform movements including woman's suffrage, women's economic and religious rights, prison reforms, education reforms and labor reforms." - Frances Willard Historical Association

• In 1883, Willard embarked upon a massive tour, campaigning, speaking, and organizing in every state in the US. Not only did she speak in every state, but also in every city in the US with over 10,000 inhabitants.

• While in San Francisco, Willard saw an opium den next to a brothel in the "Chinatown" section of the city, and this struck her as a result of both "Occidental avarice and Oriental degradation", and she no longer saw her cause as confined to the US. Consequently, the words she spoke in San Francisco were to change the Woman's Christian Temperance Union from a national cause into an international movement. 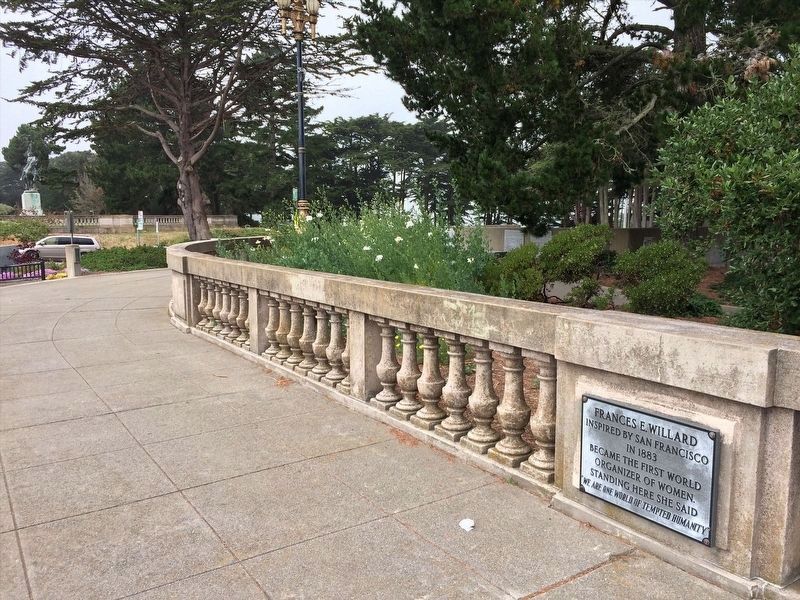 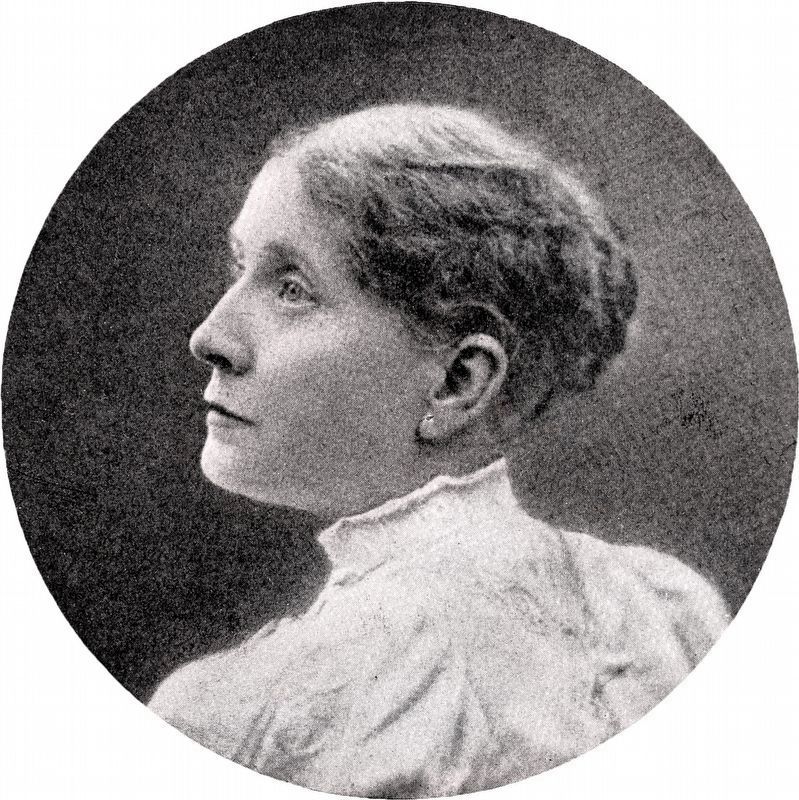